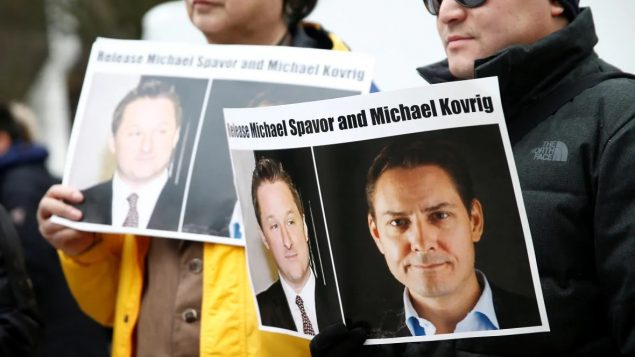 Finally, a consular visit to Canadians imprisoned by China

After months of detention with no contact with Canadian authorities, China finally allowed a virtual consular contact with two detained Canadians. Former diplomat Michael Kovrig, and consultant Michael Spavor have been in Chinese prisons since December 2018.

Their arrest and detention in what has been labelled as harsh conditions, came almost immediately after Huawei top executive Meng Wanzhou was detained in Canada on a U.S. extradition requests.  She faces bank fraud charges there related to U.S. sanctions against Iran.

The detention and later charges of espionage against the two Michaels have been called ‘arbitrary’ by Canadian authorities and is widely seen as retaliation for Meng’s detention under a form of house arrest at her two Vancouver mansions.

Since January and the outbreak of the pandemic in China, authorities there have prevented Canadian contact with the two Michaels using the excuse of fear of spreading the virus. Up till this Friday even virtual contact had not been allowed. This is in contravention of a 1999 Canada-China consular agreement, as well as international law Article 36 of the Vienna Convention on Consular Relations.

Reports are that the men were greatly relieved to finally get news from the outside world.

Consular visits of nationals detained in foreign countries are to assess their condition, seek access to medical care if necessary, provide advice, clarify the nature of the detention, and be a link for detainee and family to communicate.

Lately, Canadian officials past and present have been speaking out more loudly against the detentions and access refusal.   Canada’s Defence Minister Harjit Sajjan last week in an onliine panel referred to China’s action as “hostage diplomacy”.

Quoted by the CBC on Friday, former Canadian ambassador to China, David Mulroney said. “There was absolutely no reason that virtual access couldn’t have been offered by China even during the height of the pandemic, and no justification for denying in-person visits after China emerged from lockdown during the summer. This is simply more cruel treatment by China, with the expectation that we will be grateful even for even a half-hearted effort on their part. We shouldn’t fall into that trap.”

Canadian Ambassador to the U.N., Bob Rae responded to a Chinese comment at a General Assembly last week that Canada was bullying China. Rae gave a severe rebuke concerning China’s arrest and harsh treatment of the two Canadians, saying it was something “we will never forget’, then adding. “If you think that insulting us or insulting my country or insulting anyone is going to help in resolving the situation, you’re sadly mistaken”.

Canada's Ambassador to the UN @BobRae48 speaking at the UNGA Third Committee General Debate yesterday raised the case of my colleague @MichaelKovrig's arbitrary and unjust detention. It's now 669 days since Michael was wrongfully detained. We continue to call for his release. pic.twitter.com/628m0PrAQU

Former Canadian diplomat to Hong Kong, Colin Robertson in an email said Rae’s harsh words may have had an effect in China’s relenting to allow he virtual consular visits last Friday and Saturday. 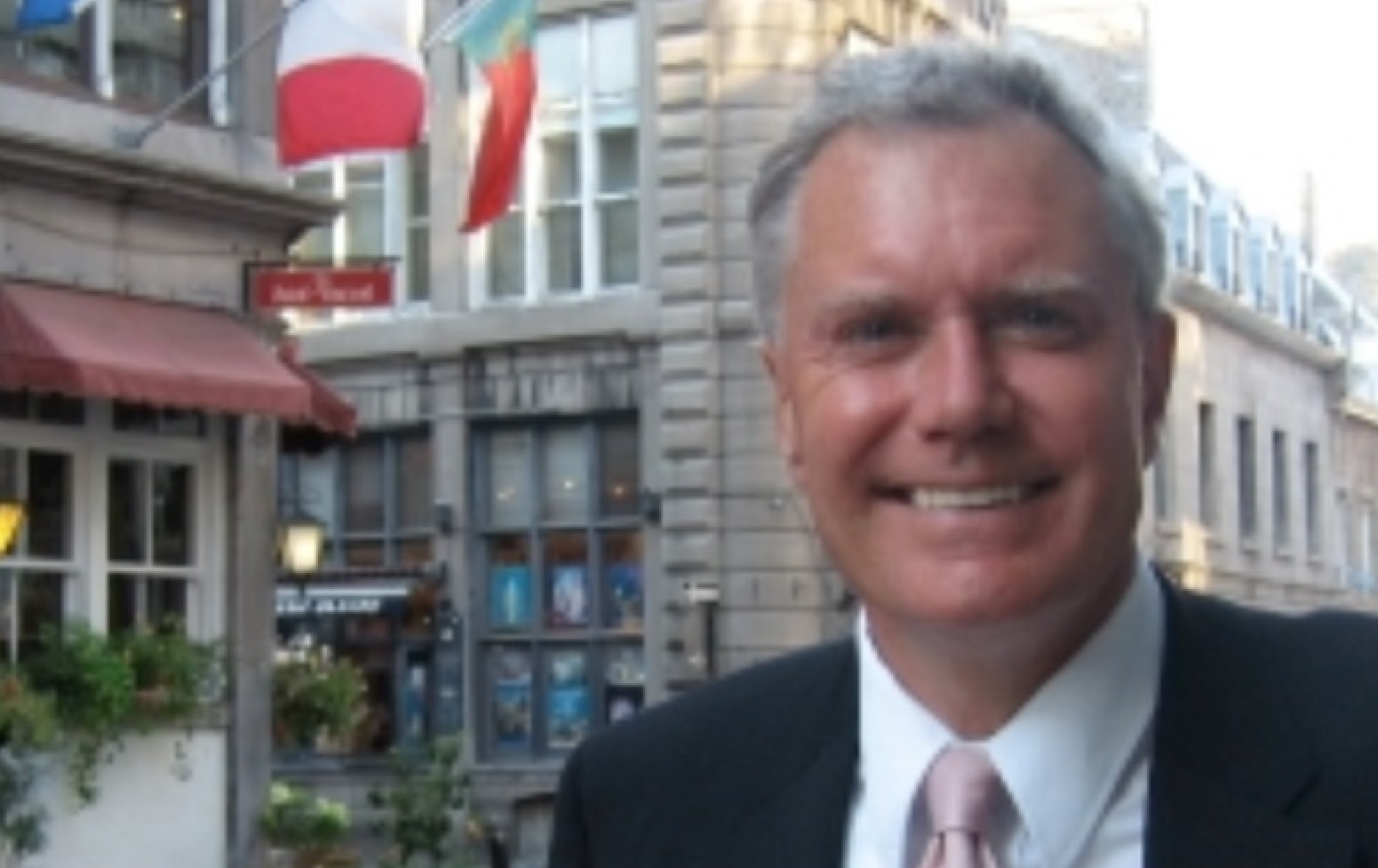 Colin Robertson, now with the Global Affairs Institute, is a former Canadian diplomat to China and to the U.N. (suppliled)

He wrote, “It appears that the Chinese government ceasing to withhold counselor access to Michael Kovrig and Michael Spavor is directly connected to the strong statement that Canada’s ambassador to the United Nations, Bob Rae, made in the General Assembly a couple of days before
This does suggest that the Chinese regime does respond positively to Canada kicking back more assertively against China’s gross violations of the norms of international diplomacy and trade. It should embolden Canada to do the right thing and provide safe harbor to those in Hong Kong currently under risk of political persecution due to the National Security Law and to sanction Chinese officials under Canada’s Justice for Victims of Foreign Corrupt Officials Act, our Magnitsky list, for their genocidal actions against Turkic Muslims in Northwest China”.

Conservative opposition Member of Parliament and foreign affairs critic Michael Chong said the consular visit should have happened much sooner adding the COVID excuse “doesn’t hold water”. Quoted in The Canadian Press, he added that China has largely reopened and in-person visits should have happened long ago. He added that the Liberal government seemed to be reacting to the continued pressure of the Conservatives to take a harder stance against China on the issue

Margaret  McCuaig-Johnston Senior Fellow, Institute of Science, Society and Policy, University of Ottawa, and Senior Fellow China Institute, University of Alberta, is a recognized expert on Canada-China relations. In an email to RCI on the two Michael’s imprisonment she noted that China has claimed the coronavirus problem is over and “there is absolutely no reason why they cannot be given in person visits as is their right”. 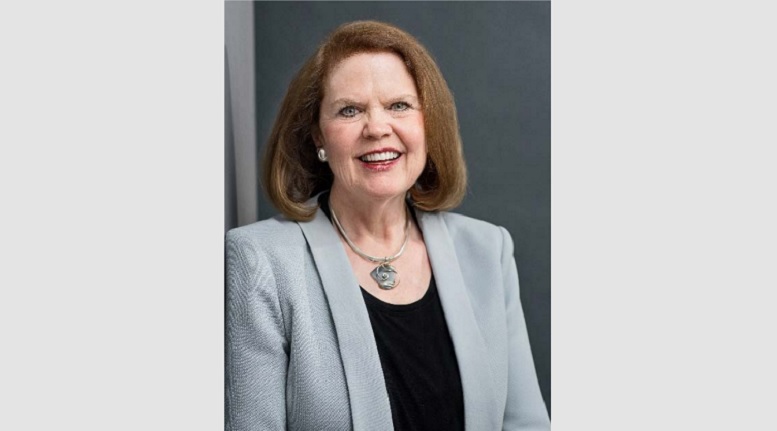 Margaret McCuaig-Johnston, a Mandarin speaker and respected analyst of Canada-Chinese affairs, is among those saying it’s time for Canada to get tough with China ( University of Ottawa)

She has been among many experts and former official who’ve been advocating for a tougher stance by Canada, calling the arrests of the Canadians a “kidnapping”. In response to some opinions that Canada could resolve the situation by sending Meng Wanzhou home she added, “We all want our citizens returned to us. But that doesn’t mean we should sell our soul and kowtow as low as possible by sending Ms Meng home – that would just teach China to take more hostages whenever it wants a country to fall into line on anything. China needs to see consequences for its outrageous actions against Canada, which has been a friend of China for 50 years. We should continue to work with others countries to call out China on its actions”.

She further added, ” We should impose Magnitsky sanctions against officials, not only for what they have done in Hong Kong and Xinjiang but in the first instance for the kidnapping of our Canadians. We should send home the Chinese athletes training for the 2022 Olympics in China.  The boycott of the Olympics being discussed would hurt our athletes and help China win more medals, but our gesture of friendship to train Chinese athletes is no longer appropriate.

Noting also the issue of 5G wireless technology and trade, she said, “We should ban Huawei, and work with other like-minded countries on alternatives to Chinese telecom technology (UK proposal – D-10, US proposal – Tech-10).  We should diversify away from China to other countries in the Indo-Pacific, so our companies are not at such risk of losing their trade and investments suddenly as happened to our agriculture sector — And we should diversify not just for trade & inv’t reasons but also population health, education, science and technology & security.”

At least three recent polls have shown at least three-quarters of Canadians now have an unfavourable view of China.

A document prepared by Canada’s Global Affairs department in October 2019, warned the then incoming Foreign Affairs minister Francois-Philippe Champagne, that “while Canada has long framed its China policy through the lens of economic opportunity, it now needs to take account of Beijing’s long-term strategic challenge to Canada’s interests and values.”

The papers  released to a committee which had been opposed by the Trudeau Liberals also said, “As the PRC [People’s Republic of China] continues to bolster its assertive foreign policy demeanor, Canada must promote and defend its values in close partnership with like-minded allies and coalitions. The crisis has demonstrated Beijing’s readiness and ability to use aggressive economic and political levers to punish Canada (a pattern observed in China’s other bilateral relationships), and to propagate norms of international relations inimical to Canada’s interests”.

Previous meetings by Foreign Minister Champagne with Chinese counterparts had led to no real movement on the issues. Recently, officials have been working with the U.s to get more support on the issue. In a phone call on Sat, Prime Minister Trudeau thanked U.S President Trump for his “ongoing support” in the effort to secure release of the two Michaels.