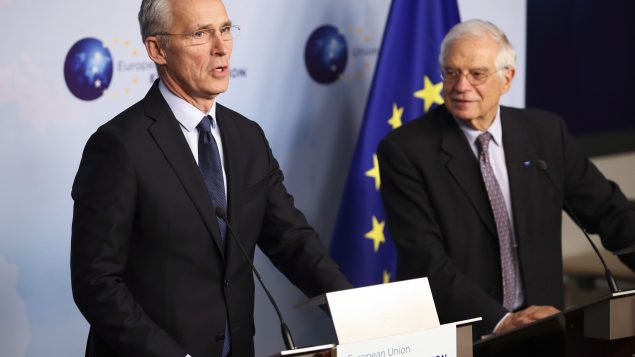 Foreign Affairs Minister Francois-Philippe Champagne discussed a panoply of foreign policy and security challenges, ranging from the ongoing war in Nagorno-Karabakh to the situation in Belarus and the poisoning of Russian opposition figure Alexei Navalny, in meetings with top NATO and EU officials in Brussels on Thursday.

Champagne arrived in Brussels from Vienna as part of his week-long tour of European capitals to discuss with allies the tensions in the Eastern Mediterranean between NATO allies Greece and Turkey, the war between Azerbaijani and Armenian forces in Nagorno-Karabakh and the situation in Belarus and Ukraine.

Champagne began the fourth day of his whirlwind diplomatic tour by meeting with NATO Secretary General Jens Stoltenberg at the alliance’s headquarters in the Belgian capital.

The two sides did not issue readouts of the meeting, but in a short video posted on his Twitter feed prior to the meeting Champagne said he planned to discuss with Stoltenberg the war in Nagorno-Karabakh, the maritime dispute between Greece and Turkey over exploration rights in the Eastern Mediterranean, the situation in Belarus and the conflict in Eastern Ukraine.

Canada and its NATO and European allies are increasingly worried about the impact of Turkey’s dispute with Greece and Ankara’s involvement in the Nagorno-Karabakh conflict — which has the potential to draw the rest of the North Atlantic alliance into a military conflict with Russia in the Southern Caucasus.

Following the meeting with Stoltenberg, Champagne held a virtual conference with the EU’s High Representative for Foreign Affairs and Security Policy Josep Borrell.

A readout of the meeting released by Borrell’s office said the two top diplomats discussed the war in Nagorno-Karabakh, which showed no sign of letting up despite a Russian-brokered ceasefire that was supposed to come into effect on Oct. 10.

Champagne and Borrell also discussed the situation in Belarus following the contested Aug. 9 presidential election. Canada and the EU have refused to recognize President Alexander Lukashenko’s claim to a landslide victory and have strongly condemned the ensuing crackdown on massive and largely peaceful protests demanding his resignation and new free and fair elections. 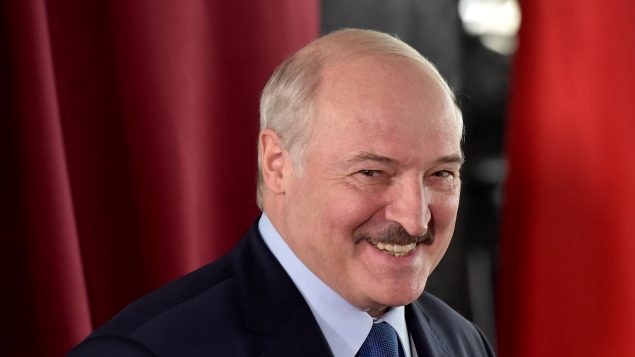 Canada slapped new sanctions on 31 additional Belarusian officials on Thursday in coordination with the EU and the U.S. The new sanctions came less than three weeks after Champagne in coordination with the U.K. announced Magnitsky Act sanctions targeting Lukashenko, his eldest son and 12 other Belarusian officials reportedly involved in rigging the polls and the brutal crackdown on protesters.

Borrell thanked Canada and expressed his hope that the Belarusian authorities would seek a peaceful and democratic solution to the crisis “through an inclusive national dialogue with broader society, leading to new, free and fair elections in line with international standards.”

Champagne and Borrell also discussed the case of Navalny, who was allegedly poisoned with a toxic nerve agent of the “Novichok” group on Aug. 20 in Russia.

The Kremlin in turn accuses the West of instrumentalizing Navalny’s health issues to justify new sanctions against Russia.

The two diplomats also discussed the situation in Venezuela and China, according to the readout released by EU officials.

Champagne was also expected to meet Belgian Deputy Prime Minister Sophie Wilmes later in the day before moving on to the Lithuanian capital of Vilnius, where he will hold a “mini-summit” with his counterparts from Lithuania, Latvia and Estonia.

In Vilnius, Champagne will also meet with the exiled Belarusian opposition leader Svetlana Tikhanovskaya, who fled to Lithuania following the crackdown against tens of thousands of protesters who took to the streets following the Aug. 9 poll that many believe was won by her.