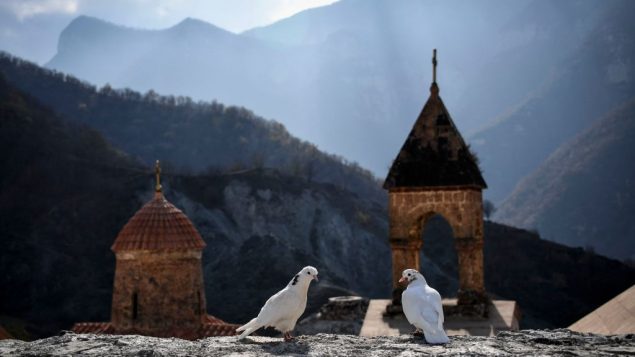 Two white doves stand on a wall of the 12th-13th century Armenian Orthodox Dadivank monastery, outside the town of Kalbajar on Nov. 12, 2020, during the military conflict between Armenia and Azerbaijan over the breakaway region of Nagorno-Karabakh. - Kalbajar is one of the seven districts which was transferred to Azerbaijan as part of a deal on Nagorno-Karabakh. (Alexander Nemenov/AFP via Getty Images)

A Russian-brokered ceasefire signed on Nov. 9 ended six weeks of ferocious fighting between Armenian and Azerbaijani forces in the breakaway Nagorno-Karabakh region. Russia has already deployed about 2,000 peacekeepers to the region to separate the combattants and guarantee the implementation of the agreement signed by Russian President Vladimir Putin, Armenian Prime Minister Nikol Pashinyan and Azerbaijani President Ilham Aliyev.

Radio Canada International spoke with Olesya Vartanyan of the International Crisis Group about the origins of the Nagorno-Karabakh conflict, the oldest and the bloodiest ethnic conflict on the territory of the former Soviet Union, the reasons behind the failures of the various peace plans developed over a quarter century of negotiations, and the thorny and uncertain road to peace between Armenians and Azerbaijanis. 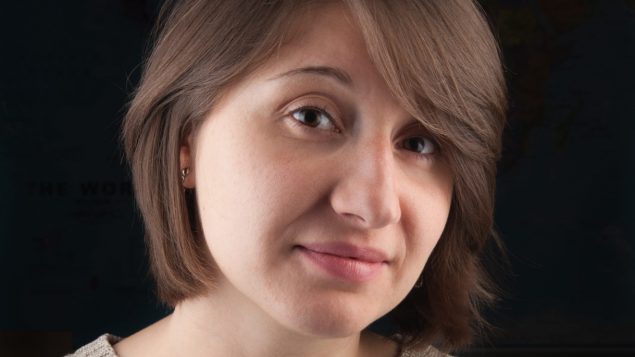 Vartanyan is a senior analyst with the Crisis Group who specializes in regional security issues in Armenia, Georgia and Azerbaijan, with a particular focus on breakaway regions in the South Caucasus – Abkhazia, Nagorno-Karabakh and South Ossetia.