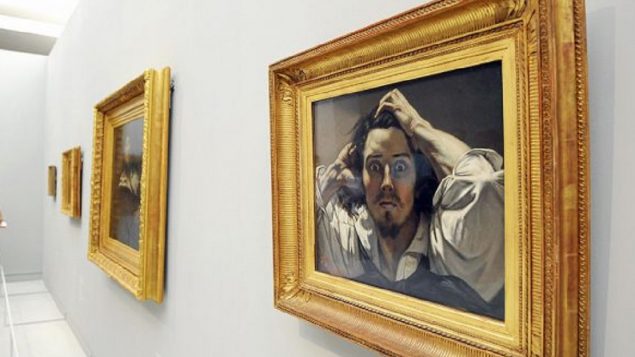 Guvtave Courbet's works both pleased and upset 19th century art cirtics. Here his self portrait "le Desespere' (Desperate man) circa 1843. One is his most controversial works is now coming to Canada (Pascal Guyot / AFP / Getty Images)

‘Scandalous’ painting coming to Montreal in 2021

It was a painting that remained in various private hands for over 100 years, but when it was finally made public in 1995 it was still deemed shocking.

Housed since that time at the Musee d’Orsay in Paris, the work is called “the Origin of the World” by realist painter Gustave Courbet.

Since its public debut decades it has continued to shock, disturb, delight and intrigue the public, artists, and critics. 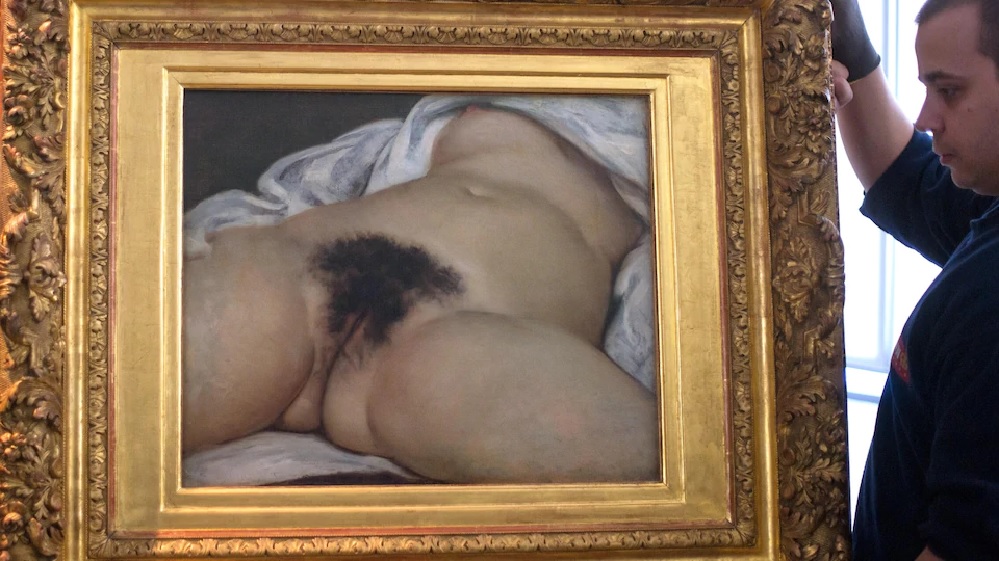 “The Origin of the World” 1866, will come to Canada as part of an exhibition in summer 2021 AFP-SEBASTIEN BOZON via Radio-Canada)

The painting will now be coming to Canada in 2021 as part of an exhibition at the Montreal Museum of Fine Arts called, The Origins of the World : The Invention of Nature in the 19th Century,

It was created for a commission in 1866 by Turkish-Egyption diplomat, Halil Serif Pasha also known as Khalil Bey. A flamboyant figure in Paris at the time, he kept it behind curtains showing it only to select friends. His collection of paintings eventually passed into private hands when his gambling debts ruined him.

The paintings intimate parts are still often blocked out and in 2011 Facebook closed the account of a French schoolteacher after he posted an image of the work. That led to an eight year censorship court battle finally settled out of court. Facebook also had banned an advertisement from the MMFA in 1980 because it depicted nude Picasso paintings.

The painting was also the backdrop for Luxembourg performance artist Deborah de Robertis who in 2014 displayed her nakedness to the chagrin of security guards and the Musee d’Orsay.

One of the decades long speculations was the name of the model for the piece. That was finally determined in 2018.  At first thought to be Courbet’s lover Joanna Hifferman, although there was always doubt as she was a redhead. 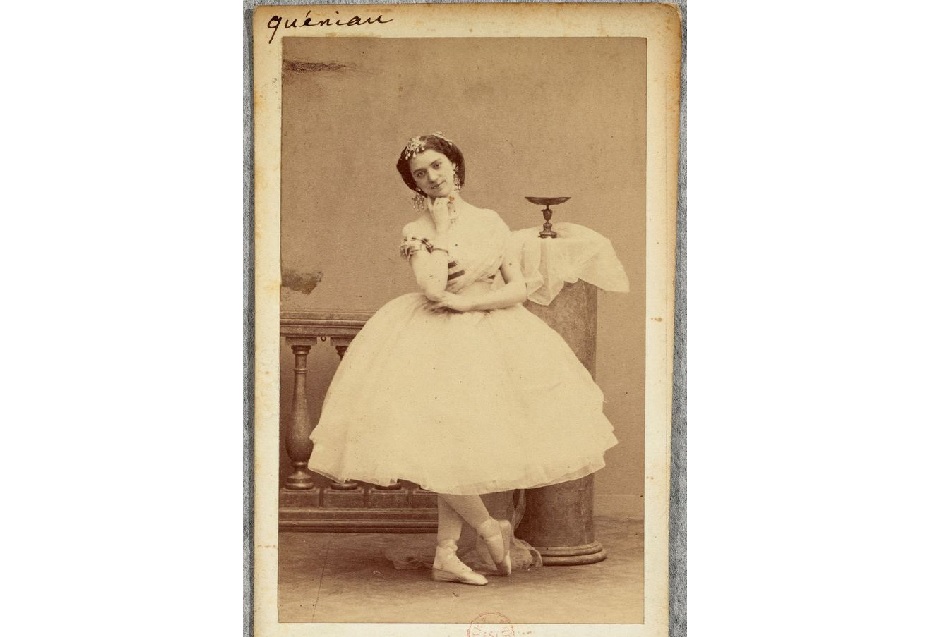 Constance Quéniaux, now determined to have been the model photographed by Disdéri (Photo: BNF / Department of Prints and Photography)

Through detective work and old correspondence it’s now been determined with “99-per cent’ certainty that the model was a former ballerina, Constance Quéniaux who would have been 34 at time and was known to be a lover of Khalil Bey.

The Courbet painting and exhibition was set to start in Montreal in March and run till June, but due to the pandemic the dates are not yet determined, although the exhibition is still planned for sometime next summer.