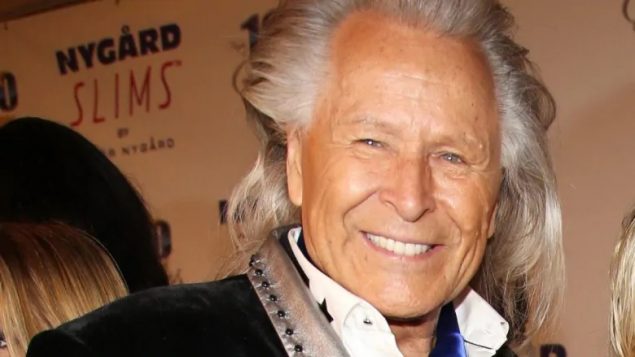 Canadian fashion mogul Peter Nygard was due in court Tuesday after being arrested in Winnipeg. (Annie I. Bang/The Associated Press)

Canadian fashion mogul Peter Nygard has been arrested and is currently in police custody in Winnipeg.

The 79-year-old Nygard was taken into custody on Monday under the Canada’s Extradition Act, at the request of the United States.

A news release from the United States Attorney’s Office for the Southern District of New York said Nygard had been indicted on nine charges, including racketeering and sex trafficking for crimes that took place over 25 years and involved dozens of victims–including some who were underage–in the U.S., Canada and the Bahamas. 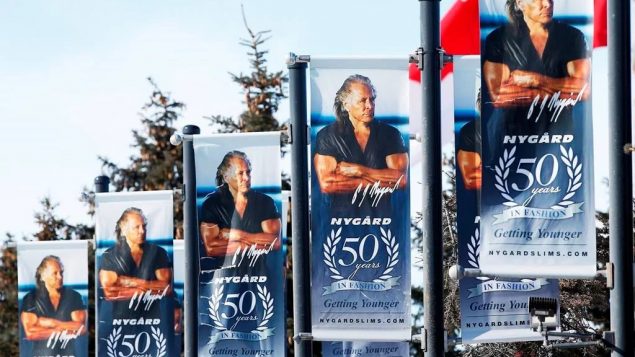 Banners are seen in February outside the the Nygard headquarters in Winnipeg. (THE CANADIAN PRESS/John Woods.)

The release noted that none of the charges has been proven in court .

Wearing a white face mask, his long hair in a bun and dressed in a grey sweathshirt and grey track pants, Nygard appeared in court today in Winnipeg

His hands and feet and hands were shackled. 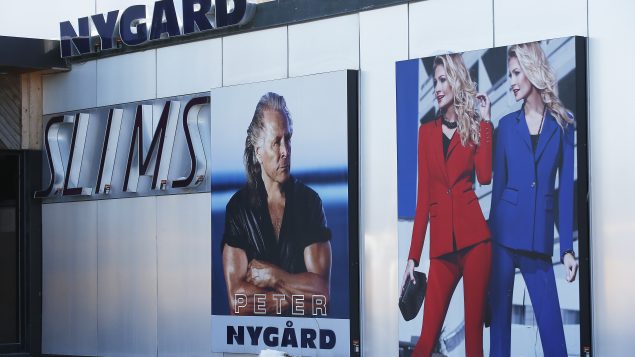 A Nygard store in Winnipeg is shown on February 26 after ten women filed a lawsuit accusing Peter Nygard of enticing young and impoverished women to his estate in the Bahamas. Several alleged they were 14 or 15 years old when Nygard raped them. (THE CANADIAN PRESS/John Woods)

Nygard has consistently denied the allegations, blaming them on a conspiracy caused by a feud with his hedge fund billionaire neighbour in the Bahamas, Louis M. Bacon.

It accuses Nygard of rape, sexual assault and human trafficking and alleges that he used violence, intimidation, bribery and company employees to lure victims and avoid accountability.

The lawsuit–filed in New York in February–also named a number of upper-level Nygard company executives, officers and directors. 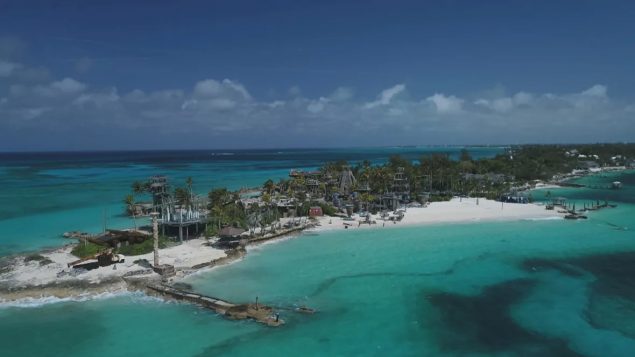 Peter Nygard lived in the Bahamas at Nygard Cay for 40 years before returning to Canada in 2019. (CBC)

Also today, the CBC’s Caroline Barghout reported that two women who allege Nygard raped them when they were teenagers have sued Nygard’s so-called “top girlfriend” and “recruiter,” Suelyn Medeiros, and the talent agent and agency representing her.

The women allege the defendants conspired to provide Nygard “with a steady pool of victims.”

Nygard stepped down as chairman of his company, Nygard International, after the FBI and police raided his home in Los Angeles and his company’s headquarters in New York in February.

No date was set Tuesday for a bail hearing and Nygard, who is being held at the Winnipeg Remand Centre, is due back in court on Jan. 13.