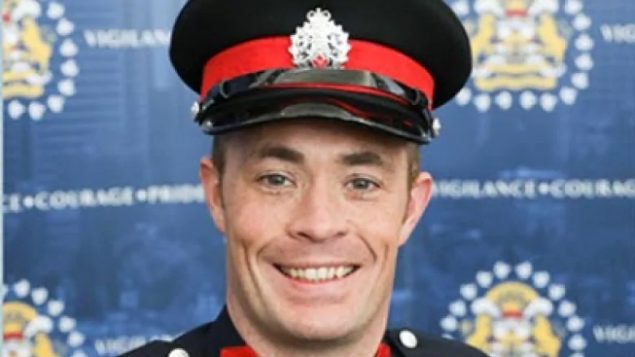 Sgt. Andrew Harnett, 37, was killed while on duty on New Year's Eve, when a driver fled the scene of a traffic stop in Calgary. (Calgary Police Service)

Two Calgary teenagers–facing first-degree murder charges–were due in court for a bail hearing today in the death of a police officer struck and dragged by a vehicle fleeing a traffic stop on New Year’s Eve.

The teenagers–aged 19 and 17–were arrested Friday after they turned themselves in.

Investigators say 37-year-old Sgt. Andrew Harnett, a 12-year veteran of the Calgary Police Service, was speaking with both the driver and passenger of an SUV after he pulled over the vehicle after running the license plate and discovering it didn’t match.

“During the traffic stop, the vehicle fled, striking the officer in the process,” police said in a statement.

Calgary Police Chief Mark Neufeld told a media availability on Friday said Harnett, who is survived by his wife, Chelsea, who is pregnant with the couple’s first child, was a “highly decorated” officer who won at least two Chief’s Awards for saving lives. 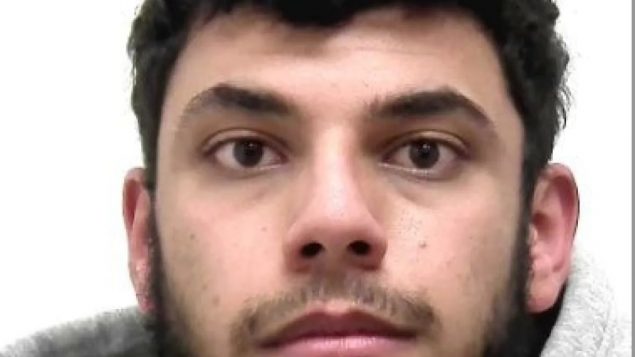 Amir Abdulrahman, pictured, and a 17-year-old youth turned themselves in to Calgary police on Friday evening. (Calgary Police Service)

Investigators say the younger suspect was driving and the older suspect, identified as Amir Abdulrahman, was a passenger.

The younger teen cannot be publicly named because of his age.