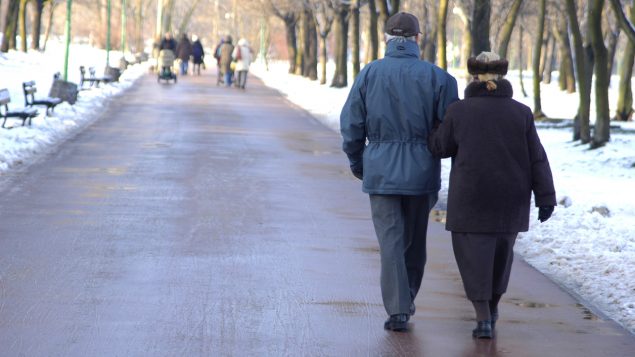 A progressive decline in walking speed may be linked with a higher likelihood of developing dementia, especially when it is accompanied by cognitive decline, according to a new Canadian study. (iStock)

The speed at which you walk, or the so-called gait speed, might be a predictor of dementia, according to new research by Canadian scientists.

Researchers had long identified problems with memory and cognition as a predictor of dementia.

However, a new study by a team of scientists at Western University in London, Ontario, and at the University of Alberta in Edmonton demonstrated that a decline in both cognitive performance and gait speed in older adults (dual decliners) is independently associated with a three-fold higher risk of progression to dementia compared to those without dual decline.

The study, “Dual Decline in Gait Speed and Cognition Is Associated With Future Dementia: Evidence for a Phenotype,” published in Age and Ageing identified common traits among dual decliners that could prove modifiable and, if treated, might slow progression.

These include vascular risk factors such as high blood pressure and high cholesterol (dyslipidemia), which are both treatable and can be addressed with the help of a clinician, researchers said.

“The big message is to see your family doctor, and don’t accept cognitive decline. We’d add to this the new message is, don’t accept physical decline either,” said in a statement Richard Camicioli, a professor of medicine and member of the U of A’s Neuroscience and Mental Health Institute.

“There are things to do, whether it’s exercise or treating factors like hypertension and cholesterol. I think there’s a lot of attention being paid to identify people at risk, to intervene so people can better take care of their health.”