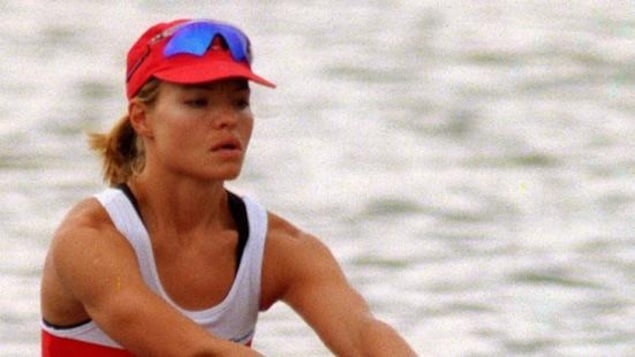 Kathleen Heddle, whose quiet resolve, fierce determination and extraordinary athletic ability combined to help her win three Olympic gold medals, died Monday at the age of 55 at her Vancouver home following a six-year battle with cancer.

Rowing Canada made the announcement on Wednesday in a statement on behalf of her family.

“Rowing brought Kathleen to the world stage. A country and a sport got to know and understand her resolve. A quiet strength was seen; undaunted, unbowed, inspiring. Praised as a generational athlete, Kathleen was the Mozart of her era,” Rowing Canada said in the statement.

Heddle and Marnie McBean won gold medals in 1992 in Barcelona and 1996 in Atlanta in the coxless pair and double sculls respectively. 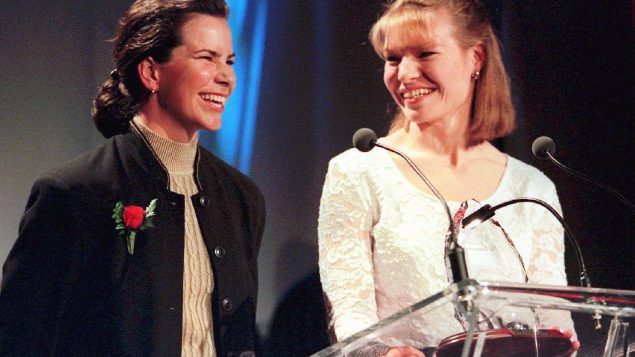 Heddle (right) and McBean are pictured after winning the award for outstanding pairs at the Canadian Sport Awards in Toronto in 1997. They are the only Canadian athletes to win three gold medals in the Summer Olympic Games. (THE CANADIAN PRESS/Kevin Frayer)

Both were also members of the gold-medal winning Canadian eights in 1992 and took bronze medals in the coxless quads in 1996.

They are the only Canadian athletes to win three gold medals in the Summer Olympic Games and were inducted into Canada’s Sports Hall of Fame in 1997.

“I am crushed and without words today at this loss,” McBean wrote Wednesday on Twitter. “Too soon.”

I am crushed and without words today at this loss. Too soon. https://t.co/7JFNkOXLva

Heddle was born in Trail, B.C. and grew up in Vancouver, attending the University of British Columbia, where she earned a Bachelor’s in psychology and, later, an honorary doctorate of laws.

She learned to row with the Burnaby Lake Rowing Club.

“Kathleen was the greatest of Olympians in every sense of the word and a rock for all who knew her,” Canadian Olympic Committee president and former Olympic rower Tricia Smith said in a statement.

“A proud Canadian of such depth of character, she approached everything she did with integrity and grace. Never seeking the limelight and always looking out for others, she represented the best of Olympic values.”

WATCH | A look back at an extraordinary Olympic team

Heddle is survived by her husband, Mike, and their children, Lyndsey and Mac.

“While our grief is as heavy as the darkest moment of night, the gifts given to us by Kathleen shine bright as the moon and stars,” her family said.

“With time, memories of our happiest days with Kathleen will be sure to overcome our tears.” 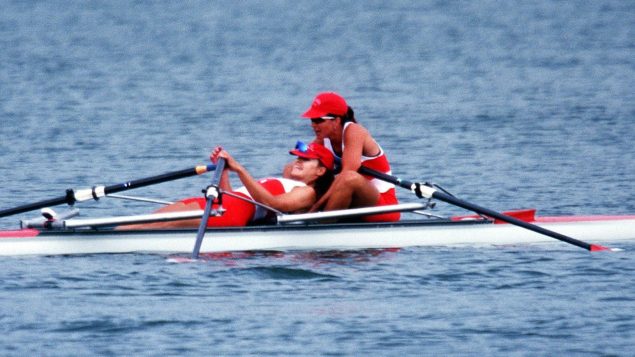 Heddle and McBean are pictured after winning gold in the double skulls in Atlanta in 1996. (Getty Images/Alexander Hassenstein/Bongarts/Getty Images)

The statement included a November 2020 quote from Heddle: “How is it that amongst some of the worst days ever, you can also experience some of the best?”

“Kathleen had an incredible sense of touch, seemingly aware of the natural rhythm and flow in things,” her family wrote in their tribute.

“Kathleen loved the serenity of being on the water and in nature, always a proponent of wearing a hat and sunscreen, even on a cloudy day.”