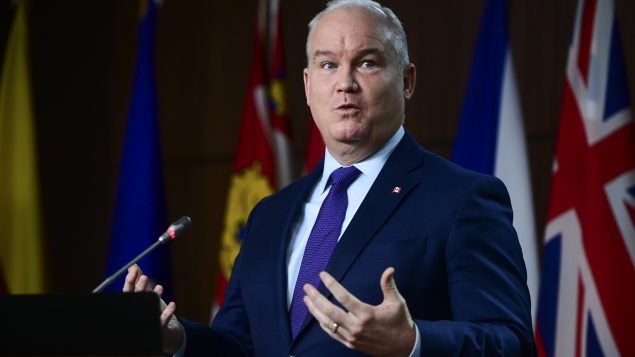 Conservative Leader Erin O’Toole says he plans to expel former leadership rival Derek Sloan from the Conservative caucus and prevent him from running under the party’s banner in the future after it emerged that the Ontario legislator received a campaign donation from a self-described white nationalist.

The $131 donation from Frederick P. Fromm to Sloan’s Conservative Party leadership campaign in August 2020 was first reported by PressProgress, a left-leaning non-profit news website, based on Elections Canada records.

Fromm, who is better known under the alias Paul Fromm, is widely regarded as a white supremacist.

“Derek Sloan’s acceptance of a donation from a well-known white supremacist is far worse than a gross error of judgment or failure of due diligence,” O’Toole said in a statement issued Monday evening.

“In accordance with the Reform Act, I have initiated the process to remove Mr. Sloan from the Conservative Party of Canada caucus. I expect this to be done as quickly as possible. Moreover, as leader of Canada’s Conservatives, I will not allow Mr. Sloan to run as a candidate for our party.” 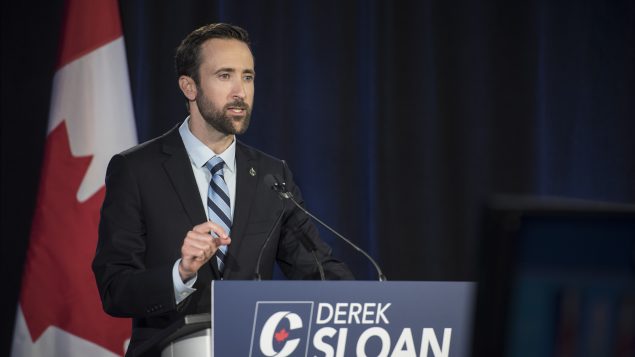 Sloan, who ran on a social conservative platform and placed last out of four candidates in the Conservative Party leadership race last year, said Fromm’s name “did not ring any bells to my team.”

In a series of posts on Twitter, Sloan pointed out that his campaign received $1.3 million in over 13,000 separate donations.

“Paul Fromm is a notorious name to some, but not to everyone, and clearly this name, mixed as it was in the midst of thousands of other donations, did not ring any bells to my team,” Sloan said.

“Upon learning about what happened, I immediately contacted the Executive Director of the Conservative Party, Janet Dorey, and requested this donation be returned.”

In a later tweet, Sloan accused the Conservative Party of taking a 10-per-cent cut from the very donation he is being expelled for.

Guess who else took a donation from “Frederick P Fromm”? After conducting my own investigation, I realized @CPC_HQ took a 10% cut ($13.10) from the same donation I am now possibly being expelled from caucus over. It looks like they didn’t know who this individual was either?

O’Toole’s office declined to comment on those allegations, while a spokesperson for the party said its previous statement stands.

Under the Reform Act, passed in 2014, an MP can only be removed from caucus through a majority vote of all caucus members. The Conservatives are holding a virtual caucus retreat on Thursday and Friday ahead of the return of Parliament on Jan. 25.

The controversy comes as O’Toole is working to rebrand the party and reject Trump-style politics.

In a statement issued Sunday, O’Toole said the Tories have “no place for the far right” in their caucus.

“The Conservatives are a moderate, pragmatic, mainstream party–as old as Confederation–that sits squarely in the centre of Canadian politics,” O’Toole said.