People walk by posters to promote the Tokyo 2020 Olympics which were postponed to July 23 this year. Instead of a countdown celebration, the focus is on COVID-19 and speculation around the possibility of the Olympics being cancelled entirely. (Koji Sasahara/The Associated Press)

With the coronavirus showing no signs of diminishing around the world, questions are arising about the already once-postponed summer Olympics.

Originally set for last summer in Tokyo, the Games were postponed to this summer in the hope the virus would be under control for the event to begin this July 23rd.

Former IOC vice-president Dick Pound found himself the target of some anger when he said that Olympic athletes should be given priority access to vaccines so they could compete.

Although no longer involved in Olympic decision-making, he is back In the news today speculating that the Games could go ahead but perhaps without fans in attendance. 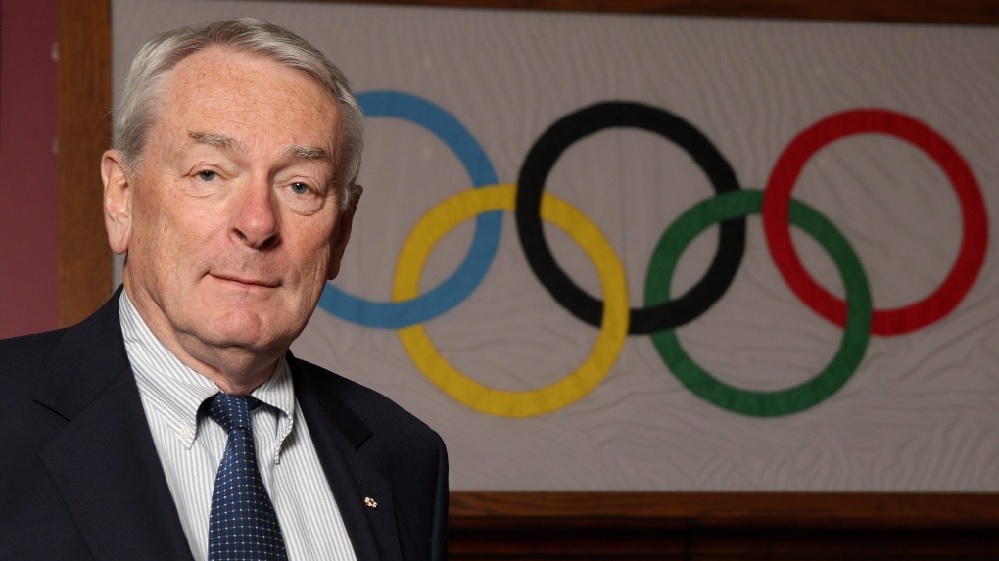 Speaking this week to Japan’s Kyodo News Agency he said, “nobody can guarantee ”the Olympics will open on July 23. But I think there’s a very, very, good chance that they can, and that they will”, and then referring to spectators he added, “The question is — is this a ‘must-have’ or ‘nice-to-have.’ It’s nice to have spectators. But it’s not a must-have”,

Thus the 2021 Tokyo Olympics might be a solely TV event with athletes kept in a semi-isolated bubble and encouraged to leave the country after their event. 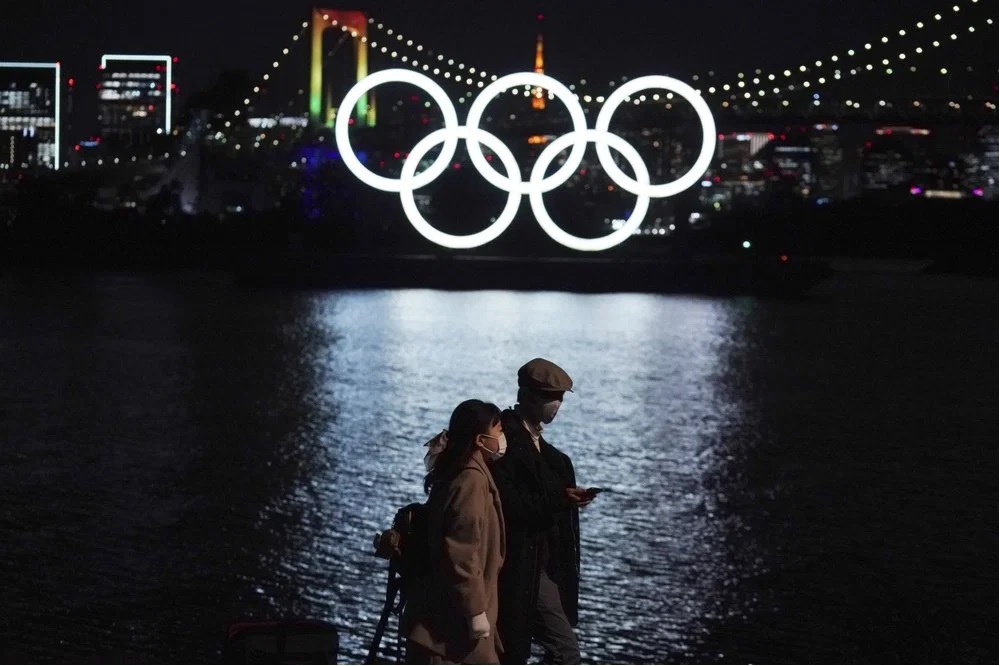 In this Dec. 1, 2020, file photo, a man and a woman walk past near the Olympic rings floating in the water in the Odaiba section in Tokyo. Recent polls show a clear majority of Japanese think the Games should be postponed again, or cancelled outright (AP Photo/Eugene Hoshiko)

However, even without thousands of international spectators, the idea of some 14,000 Olympic and Paralympics athletes coming into Japan is a concern to many Japanese. In addition there would be several thousand more of officials, coaches, trainers, media personnel and so on.

With six months to go and Tokyo and other parts of the country under emergency health orders, recent polls show about 80 per cent of Japanese are fearful and want the Games cancelled or postponed.

The Swiss-based IOC gets almost three quarters of its financing from TV rights and another roughly 18 per cent from sponsors. Further postponement or cancellation would be a huge financial hit.

For its part, Japan has invested over $15 billion in the event, although many reports say the figure is around $25 billion. Thousands of fans would normally bring in many millions of dollars to the local and national economy.  However a TV only event would seem fairly similar to viewers around the world and Tokyo Olympic CEO Toshiro Muto told AFP this week that the Olympics would go on, saying, “ We are not discussing cancellation”.

There has also been no decision announced on whether athletes must provide a negative COVID test before entering. The IOC has indicated this would not be a requirement, but the Japanese government would have the final say.

The Australian Open will be held next month and although all players, staff and media arrivals had been required to show proof of negative tests before boarding, several tested positive on arrival. Some 70 players and their entourage are required to isolate for two weeks prior to the February 8-21 event, thus hindering their training and preparation. Other aboard those flights also have to isolate as a precaution.

A similar situation involving many thousands more of Olympians and others, could cause havoc at the Tokyo games, especially given the much shorter time frames.

Some decisions will have to be made soon as the Olympic torch is to begin its four month relay with some 10,000 runners crisscrossing the country towards Tokyo starting on March 25th. It is possible the relay might go ahead but on a shortened time frame and route. As it is heavily sponsored, cancellation would be another big financial blow.

It was in late March last year when the announcement was made to postpone the Games.