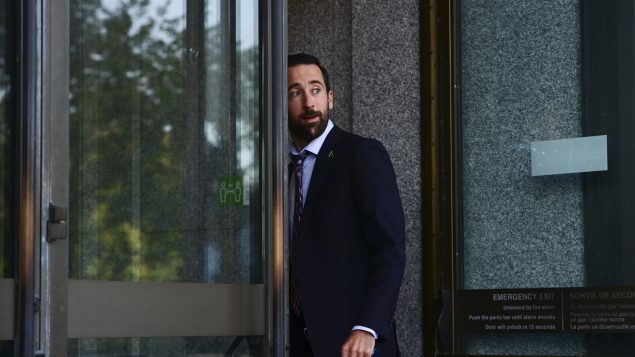 Conservative legislators voted on Wednesday to expel former leadership candidate Derek Sloan from the Tory caucus “because of a pattern of destructive behaviour,” party officials said in a statement.

Conservative Leader Erin O’Toole initiated the process to remove Sloan on Monday shortly after it emerged that the Ontario MP received a campaign donation from Paul Fromm, a self-described white nationalist.

Sloan fought against the vote, saying his team was unaware of the source of the $131 donation because Fromm used his full name, Frederick P. Fromm.

“The Conservative Caucus voted to remove Derek Sloan not because of one specific event, but because of a pattern of destructive behaviour involving multiple incidents and disrespect towards the Conservative team for over a year,” O’Toole said in a statement.

“These actions have been a consistent distraction from our efforts to grow the party and focus on the work we need to do.”

The donation from Fromm was “simply the last straw and led to our caucus making the decision it did today,” O’Toole added.

Sloan said he will now sit as an Independent but urged his supporters to not cancel their Conservative Party memberships.

The CPC is not the personal property of Erin O’Toole, nor of the cabal that surrounds him.

Do not quit the CPC—or your delegate spot!

The undemocratic forces lead by O’Toole want to see good democratic, conservatives purged from this convention. Do not let them win.#cdnpoli https://t.co/JUrJhWUr9p

“No matter how ugly, how undemocratic the events of the last two days have been, always remember, the Party is not the personal property of Erin O’Toole,” Sloan wrote in a message to his supporters. “The CPC belongs to you, the grassroots of the Party.”

Sloan was first elected to the Ontario riding of Hastings-Lennox and Addington in 2019 and unsuccessfully ran for leadership of the party last year.

His socially conservative views have been a thorn in the party’s side and O’Toole had faced pressure for months to kick him out to prove the Tories are the moderate party the leader claims.

“I did not vote to remove Derek Sloan from our caucus because he is a social conservative,” O’Toole said. “We have Members of Parliament of deep compassion and unmatched character, who like many Canadians, draw strength from their faith.”

The Conservative Party is a “big tent that is reflective of all Canadians,” he added.