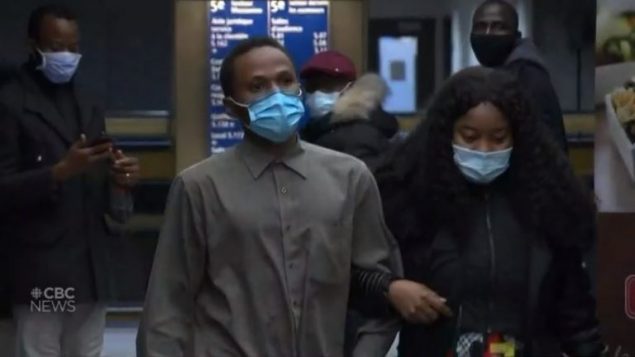 Mamadi III Fara Camara, 31, was accused of disarming and injuring a police officer during a routine traffic check on Jan. 28 in Montreal. He spent six nights in detention before his sudden release on Wednesday afternoon. He had claimed his innocence from the moment of his arrest. (CBC News)

Legislators in Canada’s House of Commons unanimously voted on Tuesday to ask the federal government to grant permanent residence to a Guinean man who was held in detention for six days last month after being wrongly accused of shooting a Montreal police officer.

Mamadi Ill Fara Camara, a 31-year-old PhD student, was arrested Jan. 28 after witnessing an attack on a police officer by an unknown assailant. The officer had stopped him for allegedly driving while using a cell phone in Montreal’s Parc-Extension neighbourhood.

By unanimous consent, the #HoC adopted a motion to call upon the Minister of Immigration, Refugees and Citizenship to grant permanent residence to Mamadi Fara Camara as soon as possible.

While Camara was in his car, he witnessed an altercation between the police officer and another man, which resulted in the officer being disarmed and wounded by his own sidearm. Camara called police and then waited for them to arrive. He provided a statement, and then was allowed to go home, CBC News reported.

He was arrested later near his home. Camara’s lawyer said police pointed their weapons at the mild-mannered laboratory assistant at Montreal’s Ecole Polytechnique and pulled him out of his car through the window and threw him to the ground.

Camara was detained overnight, charged the next day and made to wait behind bars until his bail hearing on Feb. 3. Instead of a hearing, charges were abruptly stayed after new evidence was brought to light, including traffic camera footage of the violent altercation between an unknown assailant and the Montreal police officer.

DNA evidence further exonerated Camara and he was cleared of all charges on Feb. 5. 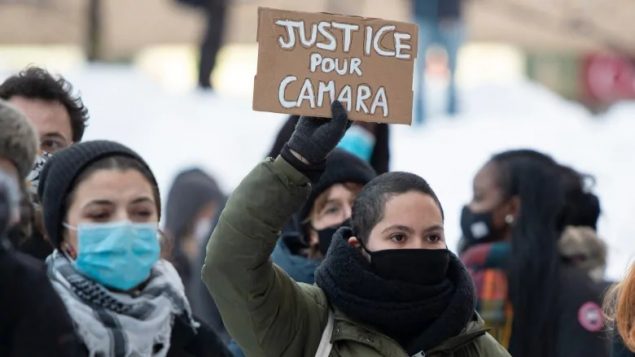 People took part in a protest to denounce police abuse and in support of Mamadi Camara and his family last Friday in Montreal. (THE CANADIAN PRESS/Ryan Remiorz)

Camara told Radio-Canada’s French language talk show Tout le monde en parle Sunday he was still shaken by the experience, especially since he was not allowed to communicate with his family.

“If they had listened to my story, maybe it wouldn’t have been six days,” Camara said.

Camara has since received an apology from Sylvain Caron, Montreal’s police chief.

The motion was presented by the opposition Bloc Quebecois party. It calls on the Minister of Immigration, Refugees and Citizenship ‘to grant permanent residence to Mamadi Fara Camara as soon as possible, pursuant to section 25.1(1) of the Immigration and Refugee Protection Act’.

According to reports by Radio-Canada, Camara’s student visa will expire in mid-May, forcing him to return to his native Guinea if his visa is not extended or his immigration status changed.