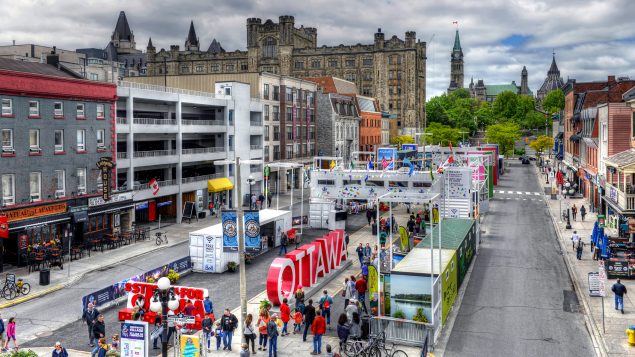 Racial profiling and discrimination on the basis of skin colour.

Hassan (not his real name), of African origin, told us about the problems he had driving luxury cars.

Hassan has lived in Ottawa for a quarter of a century and owns a used car store. Prior to that, he lived in Montreal for about four years, but left the Quebec metropolis for the federal capital in search of better economic opportunities.

About 15 years ago, Hassan got into trouble with the police for driving a BMW. The police arrested him and asked him to show the papers proving that he was the owner of the car. He showed his papers and they let him go.

In the following months, police patrols arrested him on two other occasions for the same reason: he was asked to show his papers and those of the car.

When Hassan asked the police officers why he was stopped again to check his papers, they told him that it was ‘a routine check,’ ‘a random check’, or that ‘many BMWs have been stolen lately’, which required more checks on drivers of this German brand.

Hassan was convinced that getting stopped by the police three times in as many months while driving his BMW was more racial profiling than anything else. He went to a police station and voiced his displeasure at what had happened to him, but he heard the same justifications.

Hassan then sold his BMW in order to avoid what he saw as excessive police scrutiny.

Following this experience, Hassan was again arrested by police in a Lexus owned by a friend. The friend had tasked Hassan with selling the car for him.

Again, it was ‘a routine check’. When the officers checked all the papers and verified that Hassan was a used car salesman, they let him go.

As a result of this incident, Hassan decided to no longer drive luxury cars, except when necessary for his work. Even if he could afford them, he didn’t want to get into trouble with the police again.

Hassan also told us about another incident, also in Ottawa, which may well be considered racial discrimination.

He had a car accident with another vehicle about four years ago. The police arrived. The officer took a statement from the driver of the other car, a white woman, but not from Hassan.

When Hassan asked the officer why she did not take his statement along with hers, she replied that the statement of the driver of the other car was sufficient.

Three days later, Hassan was issued a ticket and fined over $400. The police accused him of running a red light, which would have caused the accident with the other driver.

Hassan denied committing the infraction and challenged it in municipal court.

He said that the judge charged the police officer for not taking his statement and only taking one party’s statement, and for giving him a larger fine than he should have received if he had actually run a red light. According to Hassan, the judge quashed the infraction and the fine.