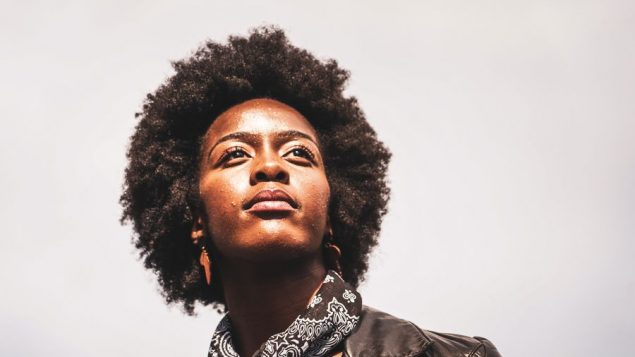 Pamphinette Buisa represents Canadian rugby internationally and at the Olympic Games. Involved in the fight against racism since the tragic death of George Floyd in the United States, the player of Congolese origins has participated in numerous demonstrations and actions in British Columbia. She also tries to use her influence as an athlete to give a voice to those who have been left out. She agreed to share her experience with racism with Radio Canada International:

‘The very, very first time, I was really young, I was in kindergarten. And, you know, when you’re in kindergarten, you’re pretty young and you don’t really have a strong concept of what race or racism really is. You’re just a kid.

We were playing at the playground, and I remember when we were sitting there and there was a little kid, a little white child who was like “Why are you black?” And then I was like “I don’t know”.

And then, all of a sudden, she said the N-word. And she was like “My mom says this” and then said it. I didn’t know what it meant, but I knew that it hurt.

As I was growing up, not necessarily understanding what these words that had been described and put on me meant, but seeing how I felt, I think it was quite difficult to understand, to get my head around the weight of these words.

That wasn’t necessarily something I understood, but it was something historically that had been used to weaponize, destroy and damage a lot of people that look like me.

And so for myself, a lot of this concept of race is something that I’ve always been hyper aware of, especially when I was young, moving in different spaces, especially if it was a predominantly white space. At that time, I realized that I was different. I went back home and I was like “Mom, this kid called me the N-word”. But my parents didn’t seem surprised. They knew.

And that was the realization that there is some sort of a double standard. Once again, I didn’t even know where it came from, but it was now the reality that I had to deal with simply because of the colour of my skin.

And, on top of that, being a kid that is a little bit more agitated, being a kid that’s a lot more energetic, I realized that was something now that I had to face and deal with disproportionately from my white counterparts.

With my privilege [as an athlete], the opportunities to travel, to compete at a world stage definitely allows for more opportunities to share the message, allow communication to happen and to hold different things accountable.

It was important for me to better understand the complexities of what it also means to represent Canada. I think, oftentimes, I would move and operate and just kind of had a blind eye because I wasn’t in certain spaces.

The more I was involved in the community just seeing, especially in Victoria, that there are significant issues with how we treat one another, the more I understood what it actually means to represent Canada within the lens of someone that is a citizen of these lands but, also, doesn’t have clean drinking water, for example.

So that is something that I’ve been really trying to push in every space, not just the sporting one: “How can we have more conversations where I am not taking up space, but I’m amplifying and uplifting the ones that are around me and aren’t in these spaces?”’