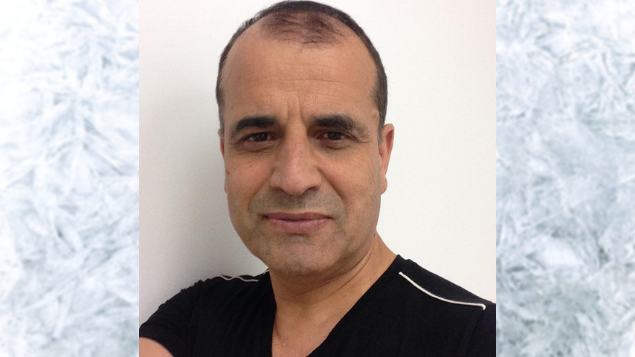 Mohammed Mahmoud and his daughter Layal, residents of Montréal. Discrimination based on name and skin colour.

Having names such as ‘Mohammed’ or ‘Mahmoud’ may not make life easier in the West. The Syrian-Canadian we spoke to has both.

Mohammed Mahmoud came to Canada with his family in the early 1990s. The family chose to live in Montréal, Quebec’s largest city.

In 2011, Mahmoud applied for a position within the multinational company for which he was working and which is headquartered in Montréal.

The position he was seeking was that of Unit manager, of which Mahmoud was a member. It was assigned to a non-immigrant colleague of Mahmoud’s who had less experience than he did.

The following day, another of Mahmoud’s colleagues, his former manager who had hired him in the company, asked him if he intended to do something ‘to that effect’. Mahmoud replied, ‘To what effect? “To the fact that you did not get to be the head of your work unit,” his colleague replied. “And why didn’t I get the job?” Mahmoud asked him. “Because of your name: Mohammed Mahmoud,” replied his former director.

This event prompted Mahmoud to reflect on his future within the company. He finally decided to leave the company and work elsewhere.

Mahmoud adds that his daughter Layal [not her real name] also experienced discrimination in her new home society.

That was in 1993, the year following the family’s arrival to Montréal. The family had just moved to a working-class neighbourhood mainly populated by French-speaking Quebecers after living in a building near La Fontaine Park where half of the residents were immigrants.

The day after they moved in, Layal, who was seven years old at the time, headed down the street to play with the children. A woman standing on her balcony noticed her and shouted aloud, “Go back to your country! There is no work for you here!”

About a decade later, following the 9/11 attacks in the United States claimed by the jihadist organization al-Qaeda, a classmate told Layal, “If I knew you were an Arab, I would have never sat next to you!”

Layal, who was born in the West and doesn’t wear the hijab, has to this day endured what she describes as racist behaviour from some of her Quebec co-workers.

It is her swarthy complexion that indicates that she is an immigrant as well as her family name, Mahmoud, which exposes her to what she considers to be a’ micro-racism ‘that she faces within the Quebec society of which she is a part.