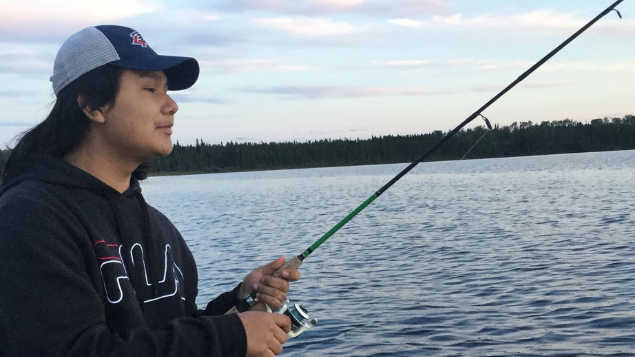 ‘I am proud to be an Atikamekw from Manawan. A small leader who expresses himself with care, despite the loss of his mother tongue.’

These words full of meaning had lost their meaning for Yan-Maverick Quitich when the young Indigenous man was subjected to racism two years ago. On the International Day for the Elimination of Racial Discrimination, he testifies.

The last words she heard were degrading and racist. The filing of the plan was not the result of this death. It had been planned for a long time to remind us that after 400 years of cohabitation, it was time to ‘live better together’.

This is also what the International Day for the Elimination of Racial Discrimination reminds us every year. It is also what 16-year-old Yan-Maverick Quitich wishes for.

Yan-Maverick was born in an Indigenous community and grew up in a caring family and community. He was still very young when his family moved to La Tuque, in the Mauricie region. Nearly a quarter of the residents of this city of about 11,000 people are Indigenous. Integration was easy. In class, Indigenous and non-Indigenous children formed friendships without any problems.

‘Those were my best years in elementary school,’ he recalls. ‘I made a lot of white friends. ’

Yan-Maverick loves field hockey. As a teenager he played recreationally in the Bantam B division. The players were all 13–14 years old. During a game against a team from Trois-Rivières, about 160 km from his home, he suddenly learned what the word racism meant.

He was first insulted by a field hockey coach from the opposing team. ‘Your fucking kawish won’t let go of my player! “Then by parents and youth.

Kawish, the word was introduced. Its origin is unclear, but what it implies is particularly pejorative. It is equivalent to being called a savage.

‘I didn’t expect that,’ says Yan-Maverick, who was not prepared for such an insult. His world suddenly collapsed, as did his certainties. In the days and weeks that followed, he was sad and unmotivated. ‘I started to not want to play field hockey anymore, to deny my Indigenous identity. ’

A trip to the woods with his mother to revitalize himself and talk helped. ‘I developed a thick skin thanks to my mother. ’

And he learned to defend himself: ‘If I feel attacked, I answer with the right words and not with my fists.’

‘Somewhere in our history, we redskins, we kawish. Atikamekw is my birth name, beyond the forests that surround us. ’

This excerpt from a slam by Yan-Maverick resonated last December during a fundraising show organized in tribute to Joyce Echaquan.

‘My text tells what we have been going through since the first day the white men arrived,’ he explains. ‘In the beginning we all lived in harmony, we were all friends; now, I don’t know what changed, [but] that’s how racism arrived. ’

He wrote L’identité last summer, during a musical week organized by the Lanaudière Native Friendship Centre.

That same summer, he made a name for himself at a demonstration in support of the Black Lives Matter movement. We saw him again at the Candlelight Tribute for Joyce Echaquan in October. He was always there ‘for my Indigenous brothers and sisters’, he says.

Yan-Maverick agreed to deliver his message loud and clear in front of thousands of people in the hopes of making a difference and showing that an Indigenous person can speak out.

The experience has since been repeated. ‘Some people have invited me to do other shows. I read them my text and everyone was moved. ’

‘I will testify for you, I will tell everything in detail to bring about justice,’ Yan-Maverick said in his slam.

So, Yan-Maverick went back to writing. He is currently working on L’identité – partie 2, ‘I tell the story of how to counteract racism,’ he explains. ‘To never let it get to you and always talk about it to people you trust or to challenge it, but with the right words. ’

The origins of the word ‘kawish’

No one knows the exact origins of the word. The term is particularly used against First Nations in Mauricie and Saguenay.

During a debate in the House of Commons in Ottawa on November 26, 2018, regarding Bill S-215, An Act to amend the Criminal Code (sentencing for violent offences against Aboriginal women), Liberal MP for Winnipeg Centre, Robert Falcon-Ouellette, suggested this hypothesis: ‘an elderly person from Quebec City explained to me the origin of the derogatory term kawish, which is sometimes used in Quebec City to refer to Indigenous people. In fact, the root of the word is awas, which means ‘far away’ in Cree. According to the elderly, the term means ‘to push someone away’ and stems from the sexual advances that non-Indigenous men often make to Indigenous women’.

Other Indigenous people believe that the term was used during the Second World War. It is thought to be a contraction of the words Canadian and Jewish, to reflect the treatment of Indigenous people at that time.