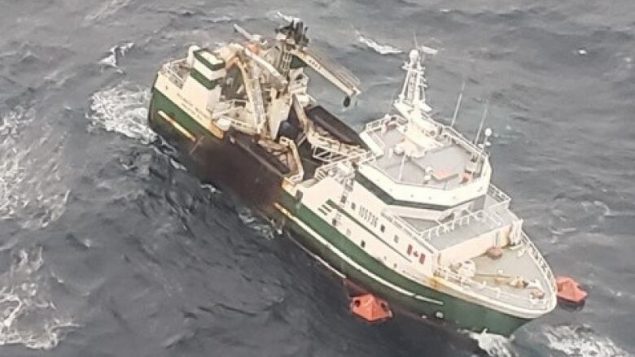 A picture showing the transfer of the final four crew from the Atlantic Destiny, which was in distress off the coast of Nova Scotia, to a Canadian Coast Guard ship Wednesday morning. She sank hours later. (Joint Rescue Co-ordination Centre)

There is little to match the collective shudder and the ensuing calls to take action–fast–that run through communities and people who make their living by–and from–the sea when a fishing boat gets in trouble.

It happened just before last Christmas in Atlantic Canada when the six-man crew on the scallop dragger, the Chief William Saulis, disappeared in heavy seas and high winds in the Bay of Fundy near Delaps Cove, Nova Scotia. 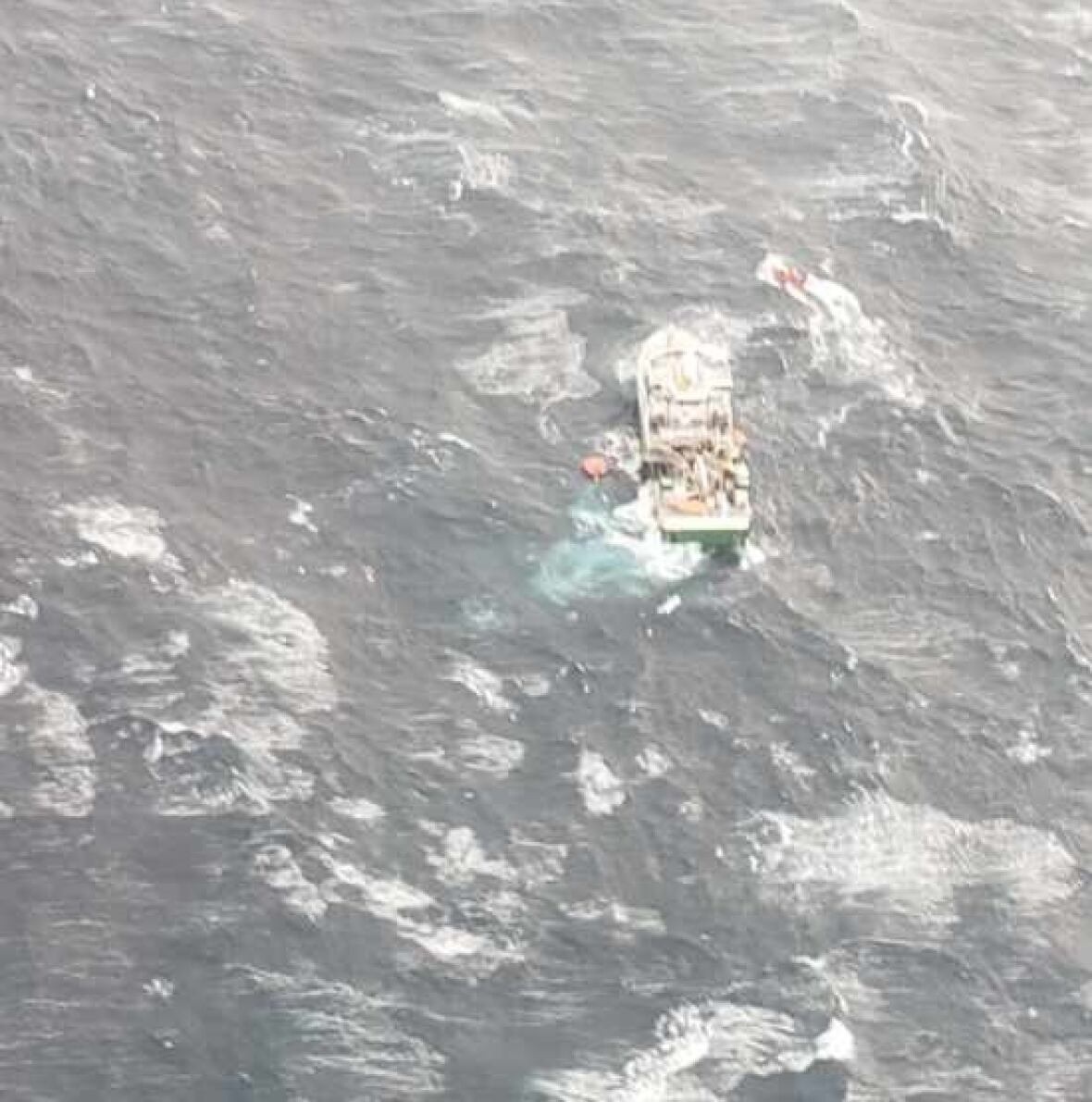 The Atlantic Destiny was still in rough waters when rescue crews removed the final crew members from the vessel this morning, just hours before she sank. (Joint Rescue Co-later sheordination Centre)

On Tuesday, some 220 kilometres out from Yarmouth, the Atlantic Destiny, a factory freezer trawler based in Riverport and part of six-ship fleet belonging to Ocean Choice International of Newfoundland and Labrador, began taking on water around 8 p.m. following a fire–possibly in the engine room–that took out her power.

But rescued the crew was. 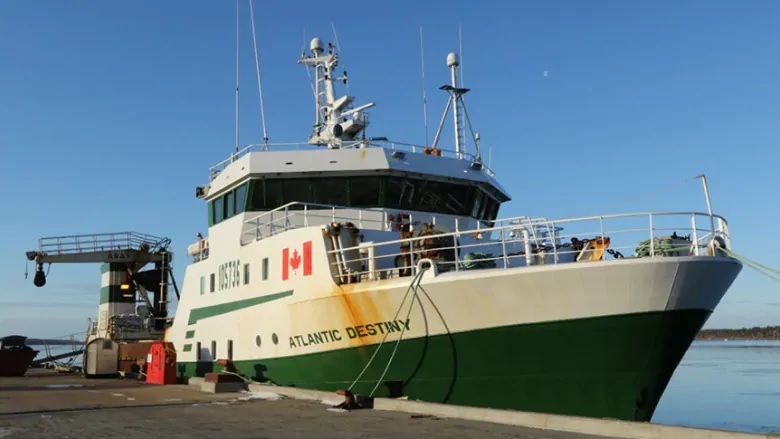 The Atlantic Destiny was one of six ships in Ocean Choice International’s fleet. (Transportation Safety Board)

Everyone is safe, according to a news release from the ship’s owner, which initially said there had been 31 persons on board.

It was no easy matter. 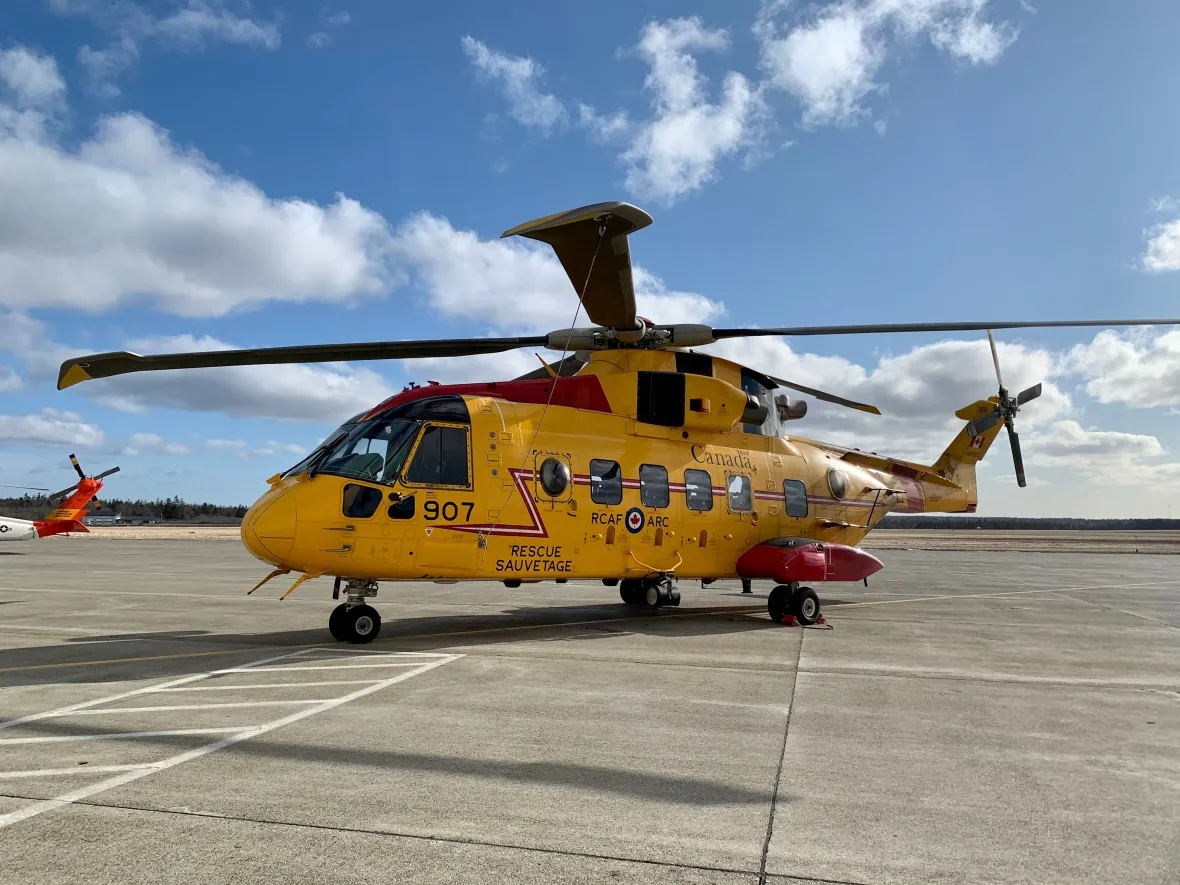 A Canadian military CH-149 Cormorant helicopter used to rescue the crew of the Atlantic Destiny was at the Yarmouth airport on Wednesday. (Paul Palmeter/CBC)

After 27 members of the crew had been flown safety in Yarmouth, the Atlantic Destiny’s captain and three crew members remained on board, along with two search and rescue technicians. 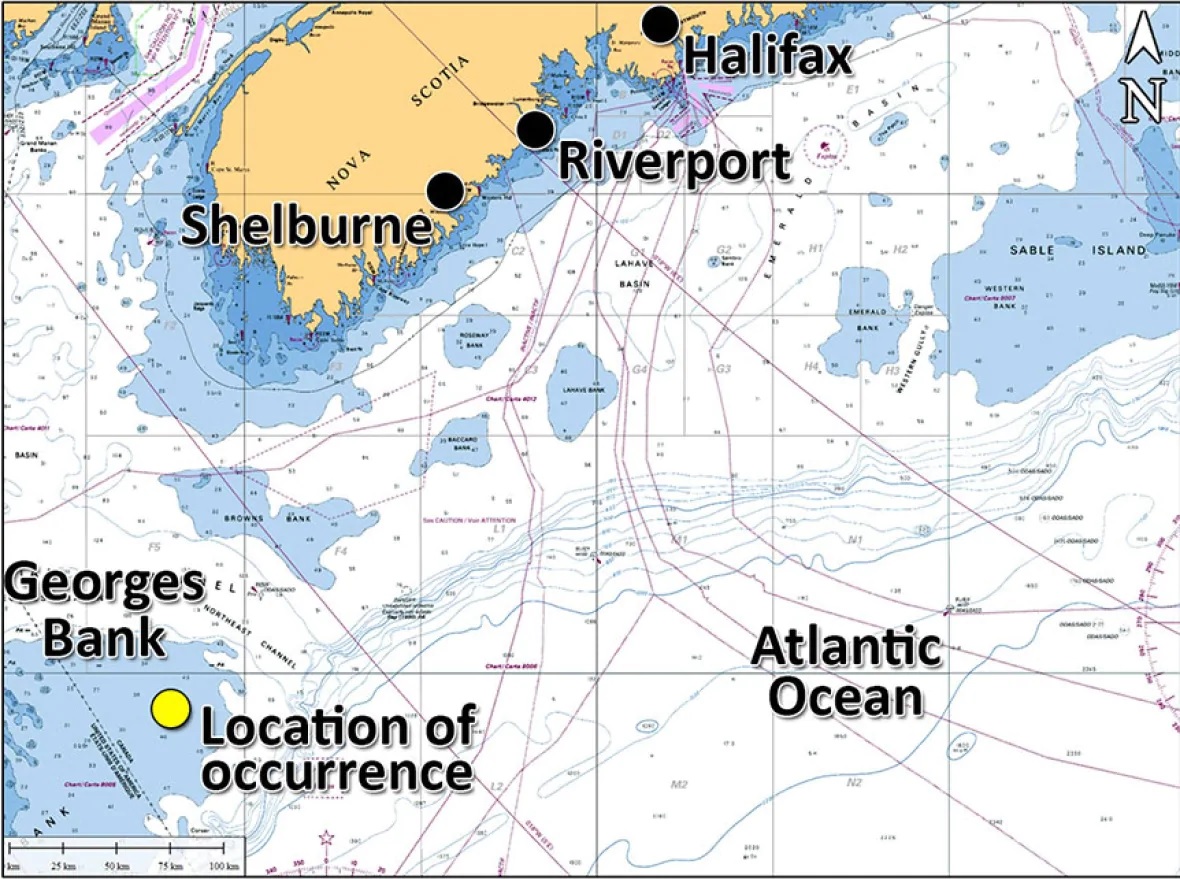 They managed to restore power and began pumping water out of the Atlantic Destiny.

But their efforts proved ineffective.

“We know she was taking on water and they were trying to keep ahead of it with the pumps, but they had to abandon at the end there … we’re not sure of the current status,” said Ocean Choice International CEO Martin Sullivan.

At around 8 a.m. Wednesday, everyone left the Atlantic Destiny and went aboard the Canadian Coast Guard vessel Cape Roger, bound for land. 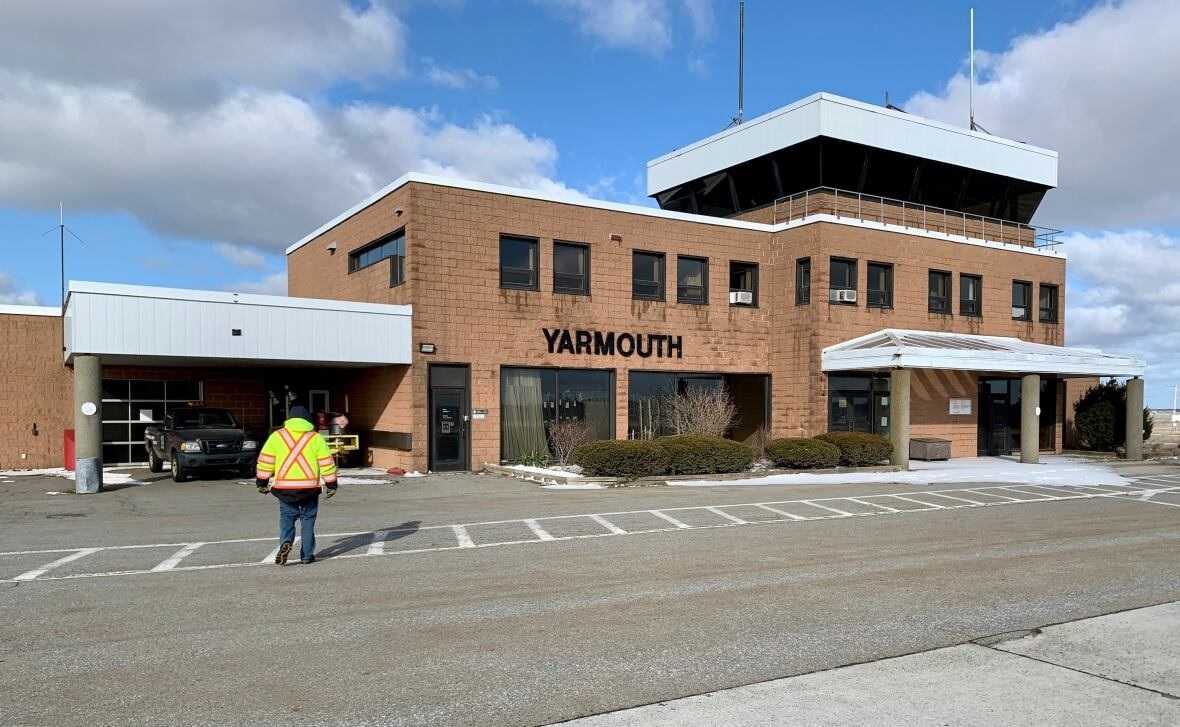 The majority of the crew from the Atlantic Destiny were flown to the Yarmouth airport. (Paul Palmeter/CBC)

“That was a huge relief for all of us. We’ve been in contact through the night and really concerned with the crew on board and making sure they got home safe,”  Sullivan told CBC’s Information Morning Wednesday.

Sullivan called the rescue “unbelievable” and a testament to the hard work of rescue crews at the Joint Rescue Coordination Centre Halifax.

“The collective efforts of our crew and all those who came to assist the crew and the vessel resulted in the best possible outcome for this situation,” said Blaine Sullivan, Ocean Choice International’s president. 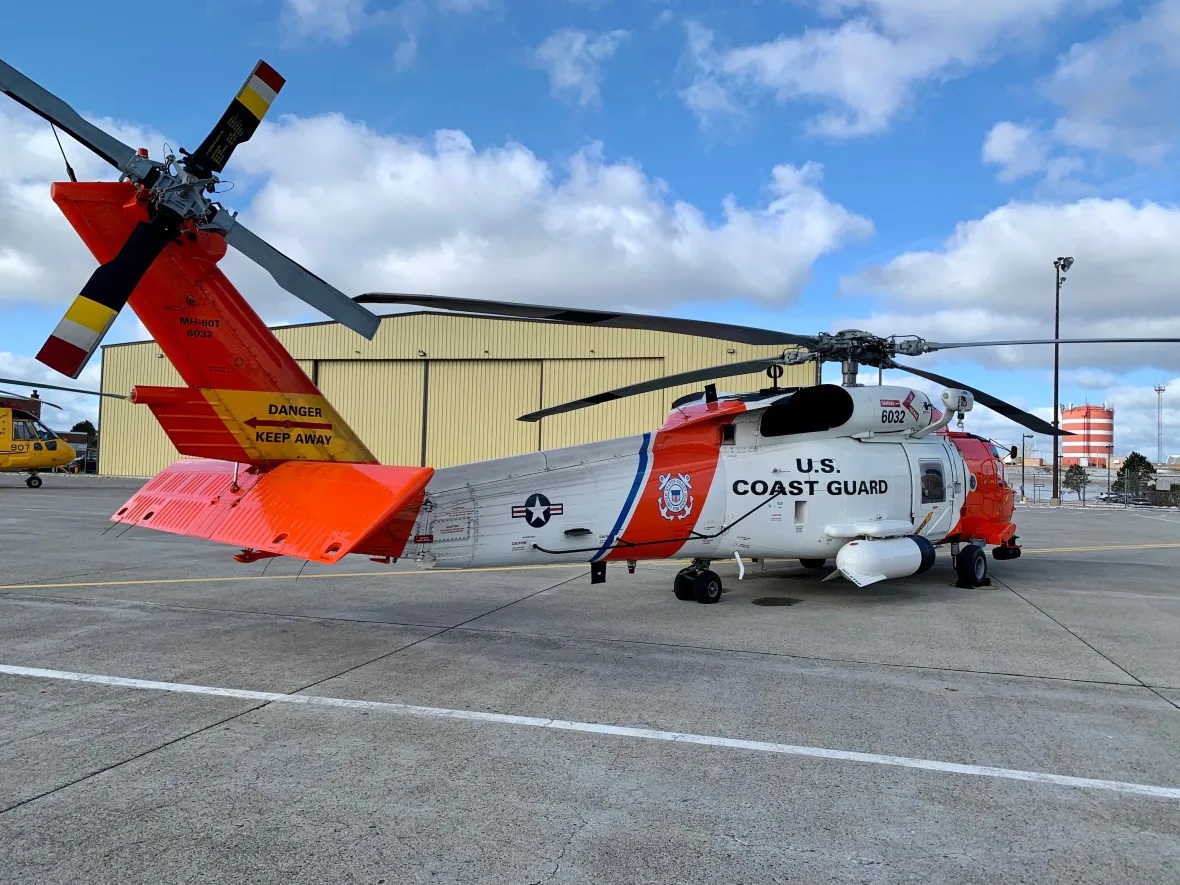 “We are sincerely thankful to everyone that helped ensure that every single crew member is safe and accounted for.”

Several hours after the Atlantic Destiny was abandoned, she sank.

According to CBC News, this wasn’t the first time she had run into trouble. 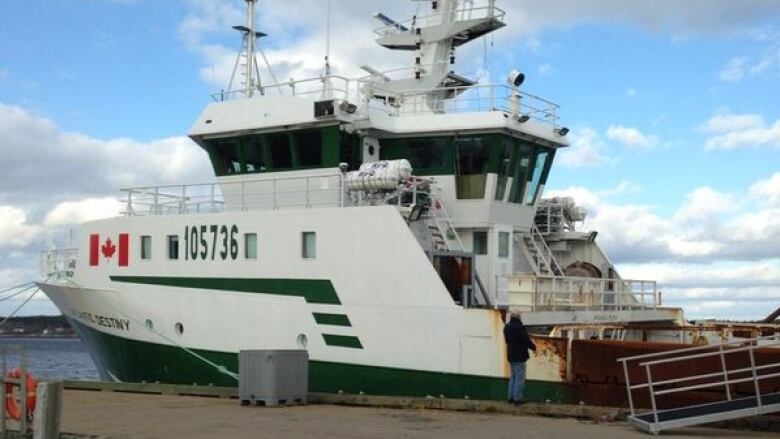 Thirty-one people were on board the factory freezer trawler, which was based in Riverport, N.S., when it ran into trouble (George Hickey/Twitter)

In March 2017, the Atlantic Destiny suffered a catastrophic engine failure that caused the ship to lose power.

A year later, a Transportation Safety Board report blamed the failure on a combination of maintenance gaps, a broken emergency stop mechanism and the actions of an inexperienced crew member.

“The collective efforts of our crew and all those who came to assist the crew and the vessel resulted in the best possible outcome for this situation,” said Blaine Sullivan, President, of Ocean Choice.

“We are sincerely thankful to everyone that helped ensure that every single crew member is safe and accounted for.”