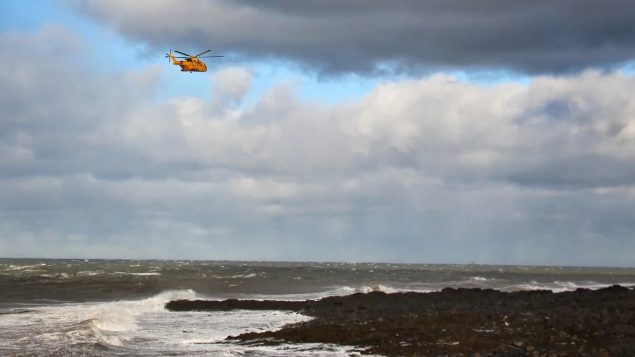 A search and rescue helicopter flies over Parkers Cove, N.S., on Tuesday is search of five missing crew on a scallop vessel that sank early Tuesday morning. (CBC/Brett Ruskin)

Efforts continue to find five fishers lost at sea in the Bay of Fundy off Nova Scotia Canada’s East Coast.

The five were part of a scallop boat crew that saw their ship sink shortly before dawn on Tuesday in icy waters and gusting winds.

Searchers found only fragments of the boat near the site. 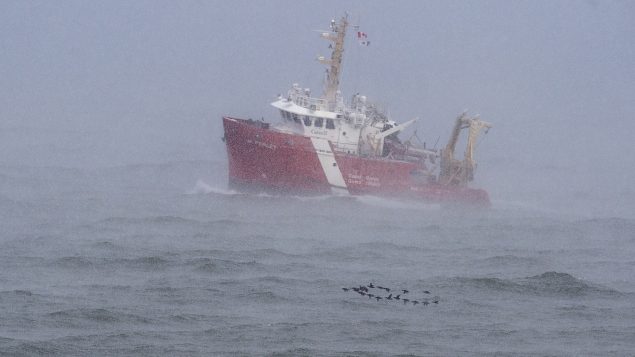 The Canadian Coast Guard Ship M. Perley searches the waters of the Bay of Fundy in Hillsburn, N.S. on Wednesday, as efforts continued to locate five fishermen missing after the scallop dragger Chief William Saulis, which sank Tuesday morning. (THE CANADIAN PRESS/Andrew Vaughan)

Earlier in the day, two empty life-rafts from the boat washed ashore near Hillsburn, a town of some 250 residents.

The dragger, the Chief William Saulis, sent up an emergency flare shortly before 6 a.m. local time.

A Cormorant helicopter, a Hercules aircraft and a CP-140 Aurora Maritime Patrol Aircraft were dispatched from Greenwood, N.S., to assist three coast guard vessels and local fishing boats in the search, which–despite being hampered by bad weather–continued all night Tuesday. 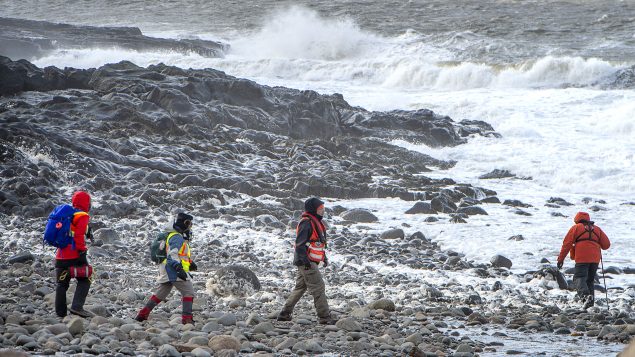 Members of a ground search and rescue team walk along the shore of the Bay of Fundy. (THE CANADIAN PRESS/Andrew Vaughan)

“We certainly do hope we find them and we will continue until we don’t,” Lt.-Cmdr. Brian Owens, of the JRCC, said Tuesday night.

“Certainly conditions were not favourable for smaller vessels. So it does make the searching difficult to see objects in the water. But from the air … we are able to search a large area and track down where these individuals are.”