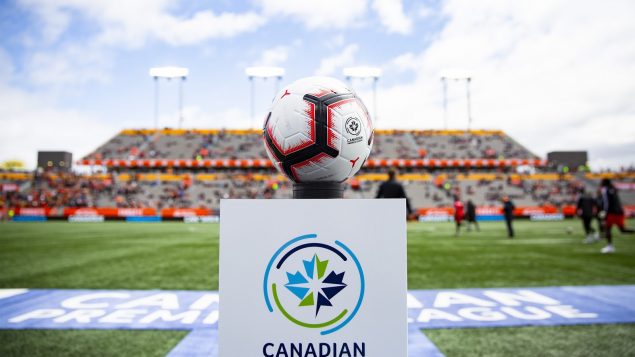 The game ball sits on a pedestal ahead of the inaugural soccer match of the Canadian Premier League between Forge FC of Hamilton and York 9 in Hamilton, Ontario in 2019. The Canadian Premier League (CPL) announced Friday that it has awarded exclusive rights to Living Sky Sports and Entertainment (LSSE) to launch an expansion club in Saskatchewan. (THE CANADIAN PRESS/Aaron Lynett)

The Canadian Premier League (CPL) announced Friday that it is looking to expand to Saskatchewan and has awarded exclusive rights to Living Sky Sports and Entertainment (LSSE) to launch an expansion club.

The launch of an expansion club however, is contingent on LSSE, which is a Saskatchewn based company, delivering a soccer stadium specific to league standards. According to the press release from the CPL, LSSE has already identified Prairieland Park in Saskatoon as the preferred site for a stadium.

“On behalf of the board of governors, we are pleased to make this announcement today as we know we have a very supportive and engaged community of soccer fans in Saskatchewan and have since we launched the league,” David Clanachan, the Commissioner of the CPL said in a statement.

“We are extremely hopeful that LSSE will be able to meet the league soccer-specific stadium requirements so that we can begin celebrating Canadian soccer in Saskatoon.”

The CPL is pleased to announce that @LivingSkySport1 has been awarded the exclusive rights to a expansion club in Saskatchewan conditional on the approval of a soccer-specific stadium, with a location at Saskatoon's @PrairielandPark identified as a preferred site.#CanPL

Alan Simpson, the founder of LSSE and life-long resident of Saskatchewan, will head the effort to bring a CPL club to the province.

“We are excited about being part of the [CPL]’s expansion plans for Saskatchewan,” said Simpson.

“Signing the agreement in principle gives us the opportunity to bring the CPL and professional soccer to the province.”

Simpson said that by acquiring the exclusive rights to CPL expansion club, they can immediately begin work on the development of and financing of a soccer stadium that is suitable to CPL standards.

He added that Prairieland Park in Saskatoon is the ideal location for a stadium because it already has many attributes that would contribute to the long-term viability of a professional soccer team in Saskatchewan. 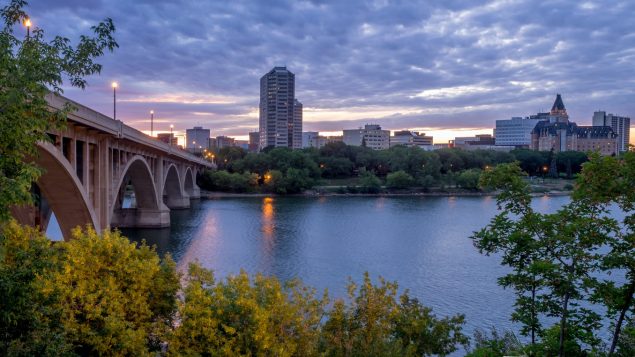 Alan Simpson, the founder of Living Sky Sports and Entertainment and life-long resident of Saskatchewan, will head the effort to bring a Canadian Premier League club to the province. (iStock/jewhyte)

The Saskatoon Prairieland Park Corporation, which is a non-profit organization that was first established as an agricultural society in 1886, is located in the southeast sector of Saskatoon.

“When Prairieland was approached about the possibility of a soccer stadium at the park, we felt compelled to consider whether such an infrastructure project could enhance the long-term sustainability of the park, as well as contribute meaningfully to the City of Saskatoon,” said Mark Regier, the chief executive officer of Prairieland Park.

“While we have not come to a definitive answer, Prairieland has entered into a memorandum of understanding with LSSE,” Regier added.

We hear you loud and clear Sask 🦻#CanPL pic.twitter.com/0Pz3TMiePY

The CPL is Canada’s professional men’s soccer league which debuted in 2019.