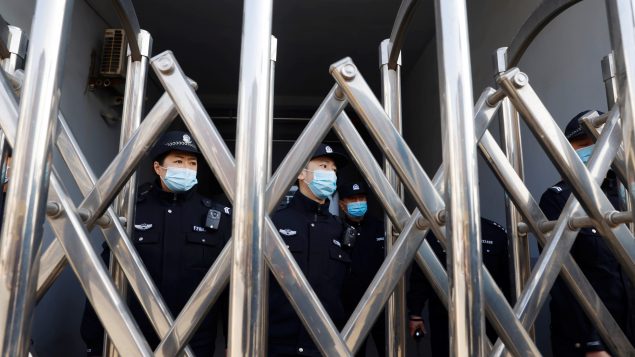 Police officers stand guard at an entrance of the Intermediate People's Court today in Dandong, China, where Michael Spavor, a Canadian detained in December 2018, was facing spying charges. No verdict was announced, nor was a date about when it would be. Spavor and another Canadian, Michael Kovrig, face maximum sentences of life in prison if convicted. Kovrig is due in a Beijing court on Monday. (REUTERS/Carlos Garcia Rawlins)

No verdict was announced.

Observers, including diplomats from Canada and other Western countries, were not allowed to enter the courtroom and remained outside. 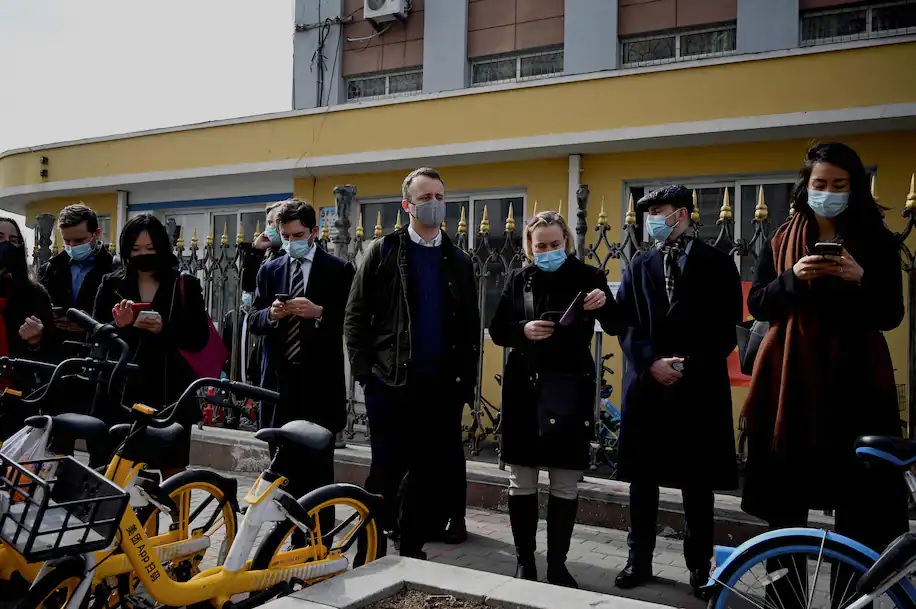 Spavor was one of two Canadians arrested in December 2018 shortly police in Vancouver arrested Meng Wanzhou, the chief financial officer of Huawei Technologies, at the request of the United States, who said the telecommunications giant had evaded sanctions against Iran.

The other Canadian, Michael Kovrig, a former diplomat, is due in court in Beijing on Monday.

Both men have been cut off from the world for most of their more than two-year detention and allowed only limited consular access.

In October, Canadian officials said they made contact with the two men for the first time since January 2020.

Both have been accused of spying, charges that Canadian officials have denied.

Neither has been allowed to hire a lawyer of his choice.

Today in Dandong, police were out in force and set up a cordon outside the court, which sits along the Yalu River opposite North Korea.

Earlier this month, Prime Minister Justin Trudeau called Beijing’s charges against Kovrig and Spavor “trumped up,” an attempt, Trudeau said, to apply political pressure on Canada to release Meng, whose extradition hearing continues in Vancouver as she remains under house arrest

Beijing insists the detentions are not linked to Meng’s arrest, but the arrests of all three have badly damaged relations between Ottawa and Beijing.

In a statement, Spavor’s family called for the unconditional release of both men. 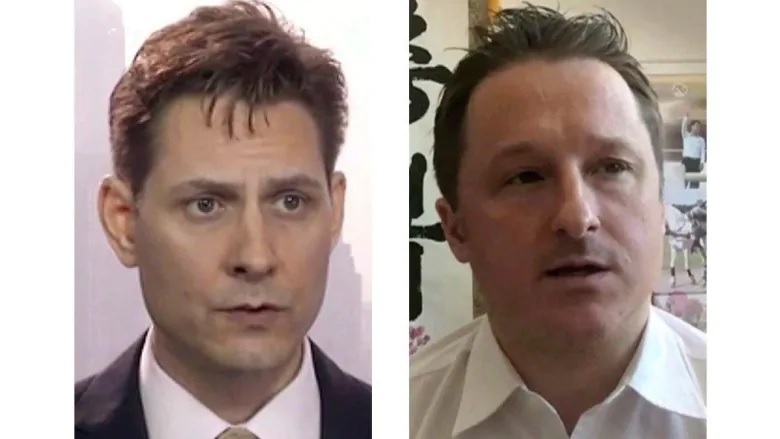 Michael Kovrig, left, and Michael Spavor, shown in these 2018 images from video. Both face maximum sentences of life in prison if convicted of spying. (THE CANADIAN Press, The Associated Press)

“Michael is just an ordinary Canadian businessman who has done extraordinary things to build constructive ties between Canada, China and the Democratic People’s Republic of Korea,” they said.

“He loved living and working in China and would never have done anything to offend the interests of China or the Chinese people.”