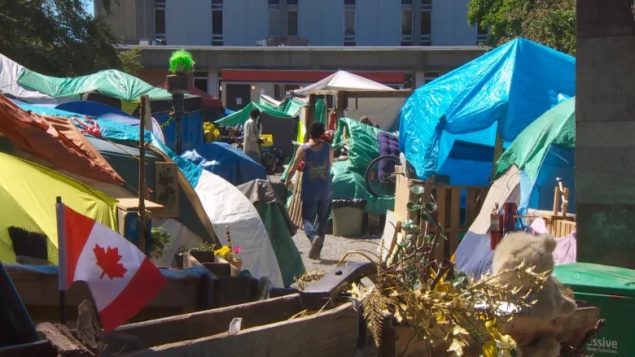 There are an estimated 1,500 homeless persons living in British Columbia's capital of Victoria. The province and the city hope to have indoor shelter for many of them by the end of April. (CBC/Chris Corday)

Homeless camps, an issue that has long roiled Victoria, may soon disappear

Homeless encampments in Victoria--whose presence has been an issue that has long roiled British Columbia’s staid capital--may be on the verge of being dismantled for good.

David Eby, the provincial minister responsible for housing, told reporters Monday that a memorandum of understanding between the provincial government and Victoria council formalizes a commitment to find indoor shelter for people living in parks and other outdoor areas by the end of April.

Earlier this month, Eby announced he had secured more than 200 living spaces for people staying in Victoria’s parks and other outdoor locations.

The shelter space, he said, would be in buildings and other sites that are currently being converted to house people on a temporary basis. 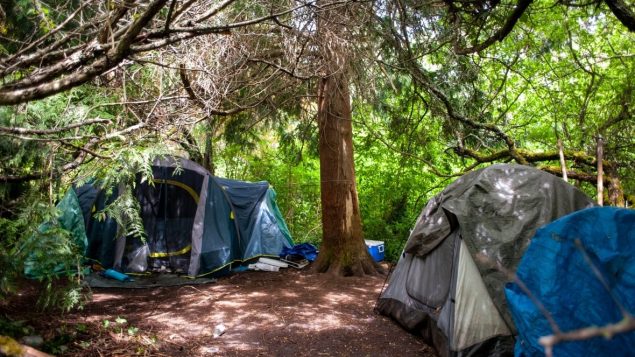 Eby said Monday he had told people living in parks would have indoor shelter space, as of April 30.

“It will also be made clear that they are not able to camp in parks the way they have been,” he said.

“We have spaces inside. Parks are for recreation, not camping.”

Victoria council voted last week to reinstate a bylaw that requires people camping in parks to pack their belongings by 7 a.m. after it eased restrictions last year because the COVID-19 pandemic forced shelters to reduce available beds.

Victoria’s Beacon Hill Park has been the site of a camp of homeless people that has grown during the pandemic, bringing with it crime and community resentment.

Last November, around 30 police and city bylaw officers moved into the park to dismantle two unauthorized showers that were constructed by a grassroots community group for homeless residents earlier that month.

Officers also removed a large cistern and two tent structures that were being used by the campers. 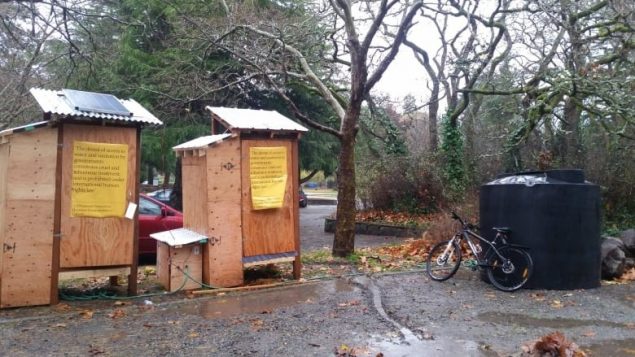 Last November, Victoria said it could not allow structures that pose fire risks, but homeless advocates said it took them nearly a month to fundraise, construct and install them and wonder whether a different solution couldn’t have been found. (Craig Turney/Facebook)

In January, a tent fire broke out at the camp, but no one was hurt after firefighters moved quickly to extinguish the blaze.

It is estimated that there are about 1,500 homeless persons in the Victoria.

The number of homeless persons in Canada, meanwhile, remains a matter of debate.

The Homelessness Partnering Secretariat (HPS) has regularly estimated that between 150,000 and 300,000 individuals experience homelessness in Canada each year, with others saying the number is higher.

According to the Homeless Hub, an advocacy group, urban Indigenous Peoples experience homelessness at a disproportionate rate and make up a significant percentage of people experiencing homelessness in cities. 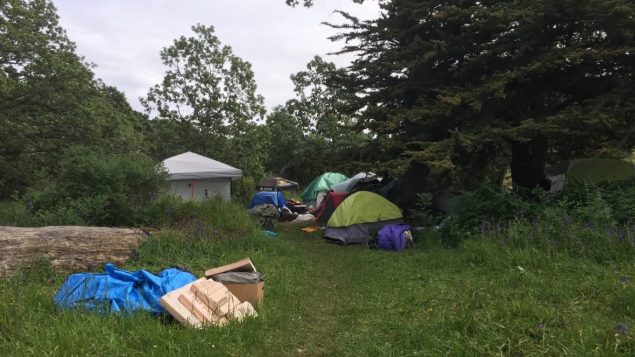 Local residents said they were concerned about some of the garbage left behind by the larger clusters of tents in Beacon Hill Park. (CBC/James Roberts)

Homeless Hub reports that research shows that Indigenous homelessness in major urban areas ranges from 20-50 per cent of the total homeless population, while others have reported that the range may be much wider, at 11-96 per cent.

“I think this agreement is a template that I am hoping to replicate in other places,” Mr. Eby said during a news conference.