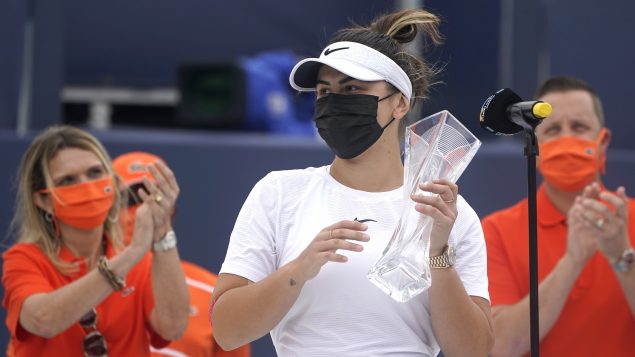 After a terrific run in Miami, Andreescu comes up short against Barty in final

After missing the better part of the last year and a half–playing just briefly in Australia this winter–after suffering a severe injury at the WTA finals in in Shenzhen, China in October, 2019, when she badly injured her left knee, the question on tennis fans’ minds was: Is Bianca Andreescu ready to–once again–make her presence felt?

We now have an answer:

To follow Andreescu requires patience and faith as seldom does she win her matches easily. 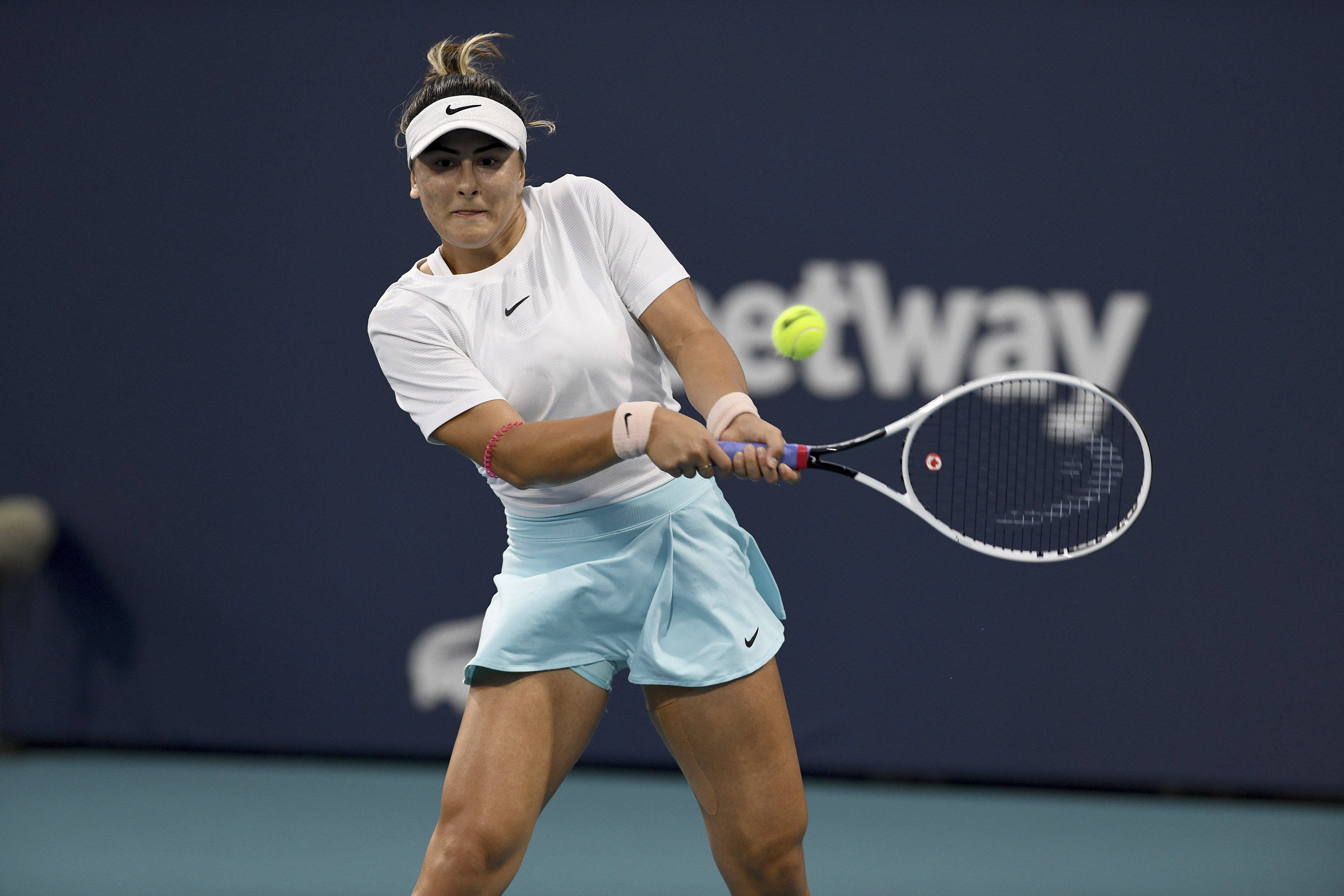 They tend to go the distance, marked by a lot of huffing and puffing and a whole lot of places where she appears to go off the rails.

“Certainly, there’s no way she finds a way to get herself out of this mess,” one thinks.

But Canadian fans are learning: “About Bianca, Yogi was right. ‘It ain’t over til it’s over.”

And sure enough, there she was in Miami last week at the WTA’s 1000 event, sometimes called the fifth major, winning four three-set matches in a row–making it to the finals on Saturday against World No. 1 Ash Barty of Australia, known as a very hard-nosed competitor.

There would be no comeback this time. 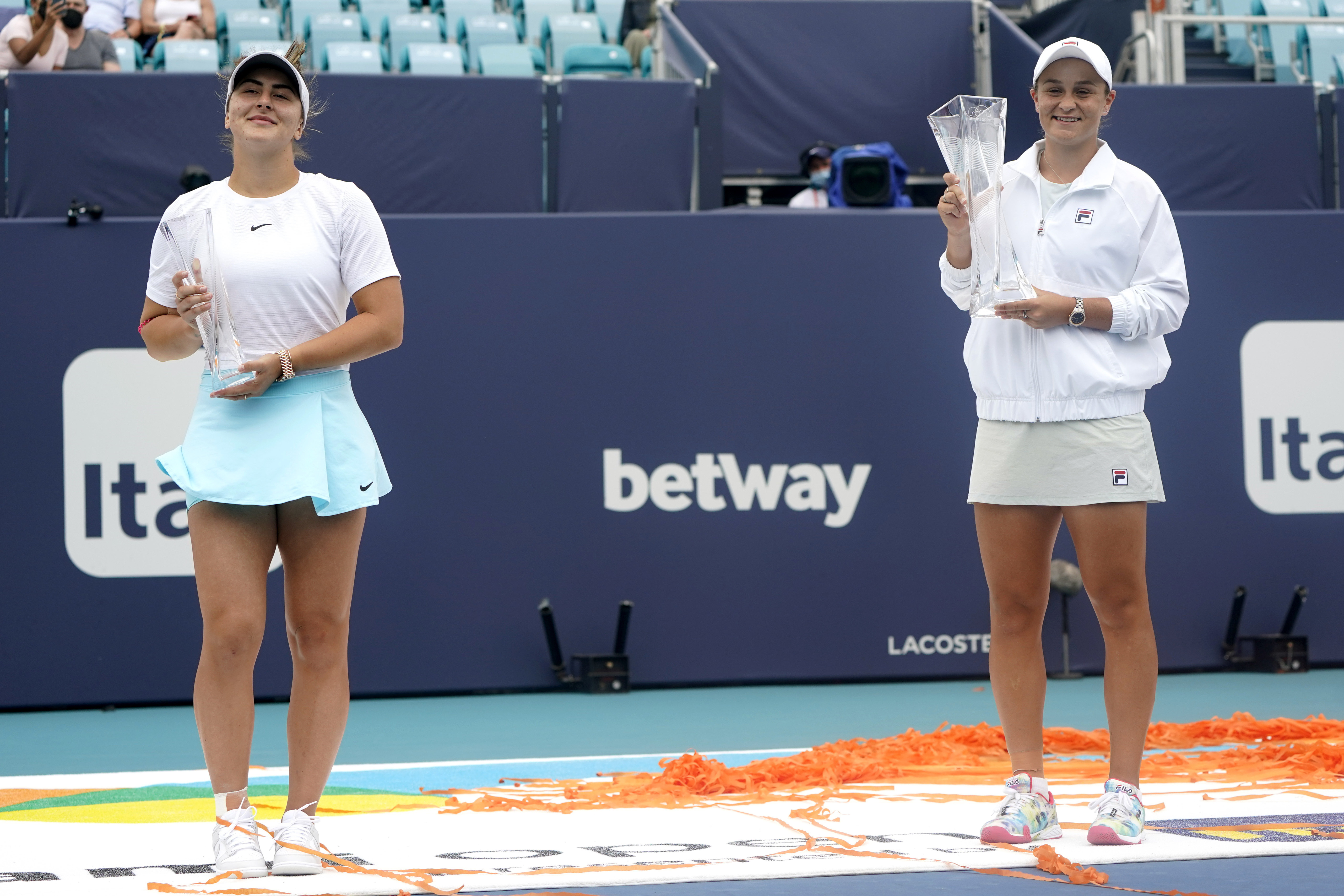 For whatever reasons–and only Andreescu and her team will know for sure what happened on Saturday–she failed to show up.

Looking lethargic, she played a match she could never muster the energy for–physically or emotionally.

The coup de grâce was ugly.

It came in the second set when, down 0-2, Andreescu got wrong-footed, fell and twisted her right ankle (fortunately not the ankle below the left knee she injured back in China all those months ago) before Ash broke her to take 3-0.

A game later, Andreescu–on the verge of tears–called the whole thing off. 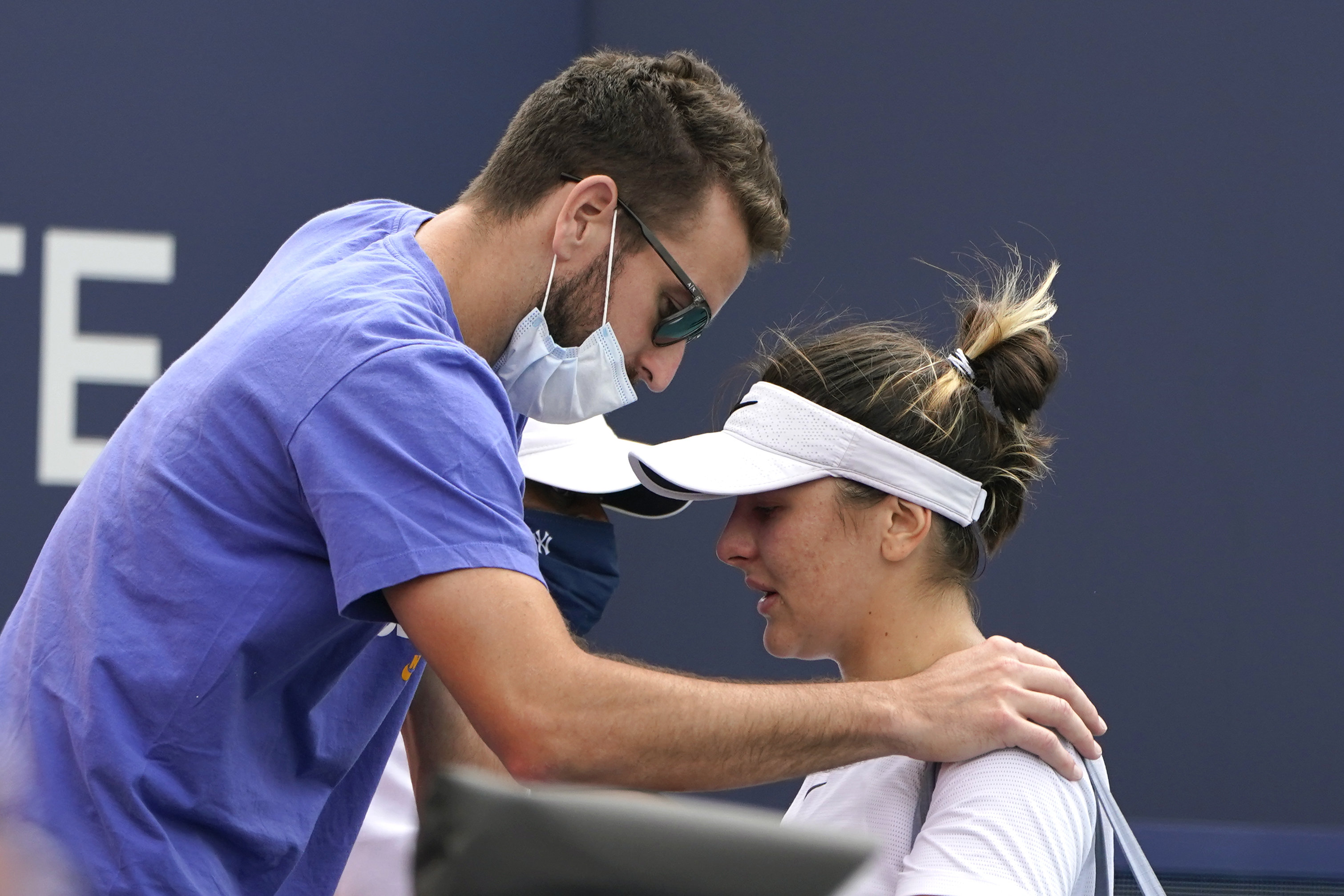 Andreescu is consoled by Isade Juneau, her hitting partner and assistant coach, after she retired during her finals match against Ashleigh Barty on Saturday in Miami. (AP Photo/Lynne Sladky)

It’s unclear how serious the ankle injury is and how it will affect her play and her schedule and her camp has said little.

She was due to take most of April off and return for a WTA 1000 clay-court event in Madrid that begins on April 29 and follow that with another 1000 event in Rome that begins on May 10.

Both of those tournaments are part of the European clay court season that culminates at the French Open in Paris from May 23 to June 5.

Looking ahead toward the rest of the season, Andreescu remained confident.

“My body seemed to be good up until today,” she said.

Making the finals got her to No. 6.

Update: Andreescu will miss Billie Jean Cup
Posting on her Instagram account on Tuesday afternoon, Andreescu said the her foot injury will prevent her from playing in Canada’s upcoming tie at the Billie Jean Cup, formerly known as the Fed Cup. Andreescu said the injury is not serious but she wants to make sure she is healthy for the upcoming clay-court season. Canada is scheduled to play Serbia April 16-17 in Kraljevo, Serbia.

With files from The Canadian Press, CBC News,