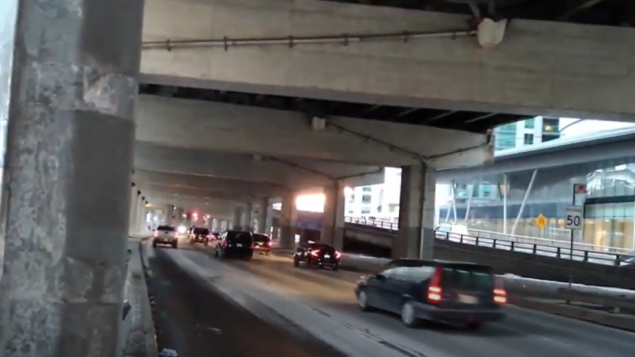 Corrosion caused by road salt led to pieces of concrete falling off the Gardiner Expressway through Toronto in 2016. (Western University)

Scientists in Canada and around the world are bringing attention to issues of corrosion which can harm human health, damage infrastructure and cost trillions yearly. Scientists at Western University and others have proclaimed April 24, 2021 Corrosion Awareness Day.

Water from lead pipes may be toxic

One of problems in Canada and elsewhere is that there is a long history of using lead pipes to distribute drinking water. These pipes are susceptible to corrosion and the lead released into drinking water can result in reproductive toxicity, anemia, kidney and brain damage. Some Canadian cities and towns have begun to replace their lead pipes but have left it up to citizens to replace the portion of pipe that is on their own property. This is expensive and not everyone does it. For example, in 2016, it was reported that more than 200 homes in London, Ontario had lead pipes replaced but estimates suggest that about 4,350 homes were still fully dependent on lead pipes. 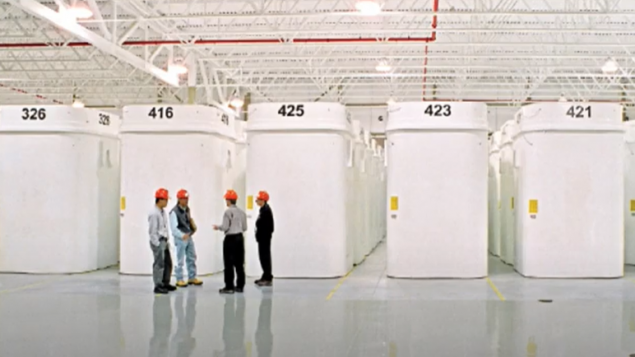 Spent nuclear fuel can remain radioactive for 100,000 years and must be safely stored. (Western University)

Spent nuclear fuel must be safe from corrosion

Another corrosion problem stems from the storage of used nuclear fuel. About 15 per cent of Canada’s electricity is generated from nuclear sources. Waste fuel takes about 100,000 years for its radioactivity to diminish to the level of natural uranium. There are about 2.9 million used fuel bundles that require safe storage and protection from corrosion.

A third major corrosion issue in Canada is the effect of salt on steel-reinforced concrete used in roads and highways. In winter, road salt is used extensively to lower the melting point of ice so that roads are less slippery. The salt corrodes metal parts in vehicles and as ice melts, the salty liquid seeps into the steel-reinforced concrete of bridges. This accelerates corrosion of the steel rebar and eventually causes the surrounding concrete to break off. The damage is costly and if not repaired, can lead to safety problems.

Scientists give the example of the Gardiner Expressway through the heart of Toronto where, in 2012, multiple sections of concrete broke away and fell onto the road.

Scientists at Western University created a video to raise awareness about the problems of corrosion.