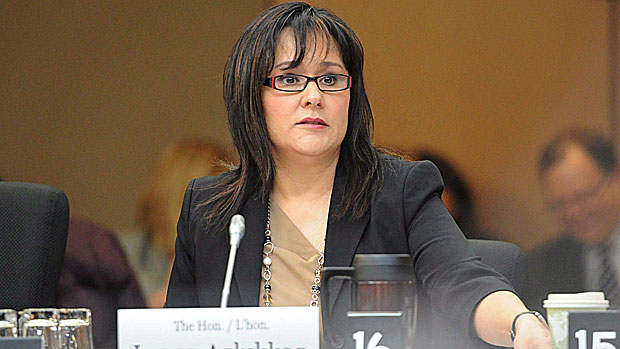 Canada’s health minister will represent the country on an international council on sustainable development in the Arctic, Prime Minister Stephen Harper said Thursday.

Leona Aglukkaq will chair the Arctic Council when Canada holds the position for two years starting in January. That job will be in addition to her role as federal health minister and minister of the Canadian Northern Economic Development Agency.

The council is the primary forum for collaboration on sustainable development among Arctic states, which also include Denmark, Finland, Iceland, Norway, the Russian Federation, Sweden and the United States.

Aglukkaq will be responsible for developing the Arctic Council’s program for 2013 to 2015, a news release from Harper’s office said. Aglukkaq will work with territorial governments, indigenous groups who sit on the council and the other member countries. The chairmanship rotates between the member countries every two years.

The council, established in 1996, is a consensus-based, high-level intergovernmental forum that works to promote the environmental, social and economic aspects of sustainable development in the region, the release says.

Aglukkaq has advocated for mineral exploration in the North and for development of its natural resources.

She has also taken on environmental groups. Last spring, during a discussion on food security following a meeting with a UN official, Aglukkaq said environmental activists were hurting the ability of people in the North to live off the land.

“We continue to live off the land, eat the seal meat, eat the polar bear meat and whatnot. And the collective implications of environmentalists, activists, whether it be the fish plus the seal plus the bear, leaves very little for us as Inuit and Aboriginal people of Canada’s Arctic with very little to eat.”

“It’s about fighting environmentalists that try and put a stop to our way of life, our way of life and hunting, to provide for our families,” Aglukkaq said last May.

Asked for examples, Aglukkaq’s spokesman pointed to the Pew Foundation and Coca-Cola.

The Pew Foundation issued a report in 2011 calling for major reforms to Canada’ licensing and regulation of offshore oil and gas exploration in the Arctic and calling for a temporary halt to drilling licenses.

Coca-Cola last year announced it would give $2 million over five years to the World Wildlife Fund for a project called Arctic Home, in part to conduct research but also to advocate for conservation areas. A spokesman for Coca-Cola said his company’s campaign is to preserve polar bear habitat, not end the traditional hunt.