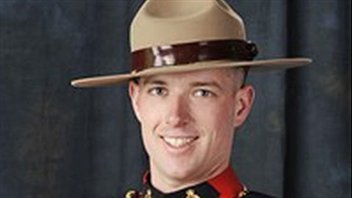 A coroner’s jury in Yukon has ruled the drowning death of Royal Canadian Mounted Police Constable Michael Potvin was accidental.

Potvin, 26, from Osgoode, Ont., drowned in 2010 when the Mayo police boat capsized in the Stewart River.

The jury returned the verdict and 10 recommendations Tuesday night after about five hours of deliberations. Coroner’s juries cannot assign fault or blame, their job is to find ways to prevent a similar event from happening again.

One also calls for Mayo residents Jimmy Simon, Jeremy Germaine and Ben Moses to be recognized for quick action to try to save the two RCMP officers whose boat had capsized. Cpl. Brent Chapman survived the incident.

Chapman testified at the inquest he had just taken over the Mayo detachment at the time and had heard concerns about a faulty motor on the police boat and water coming over its stern into the boat. He decided to do test runs on the Stewart River close to Mayo and invited Potvin to come along.

Potvin had been stationed in Mayo for less than a year, having graduated from the RCMP depot in 2009.

While on the water, the motor stalled again. Chapman said he restarted it four or five times then stopped, because water coming over the back was flooding the boat. He started the auxiliary motor but it died as well.

After a short time drifting, the now-swamped boat rolled over and both men went into the water. Chapman said he stayed with the boat while Potvin tried to swim for shore.

A witness testified Potvin was swimming well and she thought he was going to make it to shore when suddenly his head and arms shot straight up and he disappeared. Another witness said Potvin yelled to others to help Chapman before he disappeared into the water.

The RCMP and the Potvin family were both parties at this inquest.

The RCMP acknowledged problems at the Mayo detachment played a role in Potvin’s death, but wanted it stressed that the personal flotation device that had been provided to him would have enabled him to survive the capsizing of the boat.

Chief Supt. Peter Clark, head of the RCMP in Yukon, said he welcomes the jury’s recommendations.

He said the RCMP will study the recommendations aimed at improving the force’s water safety program. He said some may overlap with changes already made within the RCMP, but they’re welcome nonetheless.

“The recommendations made by the jury yesterday are wise and helpful, and I believe they will contribute to improved police safety and across Canada,” he said.

There have been questions about whether the RCMP faced any legal repercussions for what happened. The inquest had heard that the federal prosecution service had reviewed the investigation and decided no criminal charges should be laid.

Clark said the federal agency that oversees on-the-job safety also investigated. He said it gave the RCMP a number of recommendations and directions but did not charge them with any violations.

Michael Potvin’s father Mark Potvin said he was satisfied with the verdict but he would have preferred an outside police force had conducted the investigation into his son’s death.

He said nobody in the RCMP meant for his son to die but he blames a combination of laziness and stupidity for what happened. He said his son made a mistake in not wearing a lifejacket that day but the RCMP should have done more to make sure all of its officers wore them.

“I’m not going to sit here and try to argue Michael was somehow exempt from wearing a lifejacket,” said Mark Potvin.

“He should have been wearing his lifejacket. Where my problem is, is he had supervisors. He had a supervisor right there in the boat with him who didn’t make sure he was wearing it.”

Mark Potvin represented the family at the inquest, and read a letter from his son’s widow Allison to the jury before it began its deliberations.

She told them both the RCMP and the people of Mayo stood by her when Michael died and continue to support her. Her wish was that instead of pointing fingers, people find forgiveness.