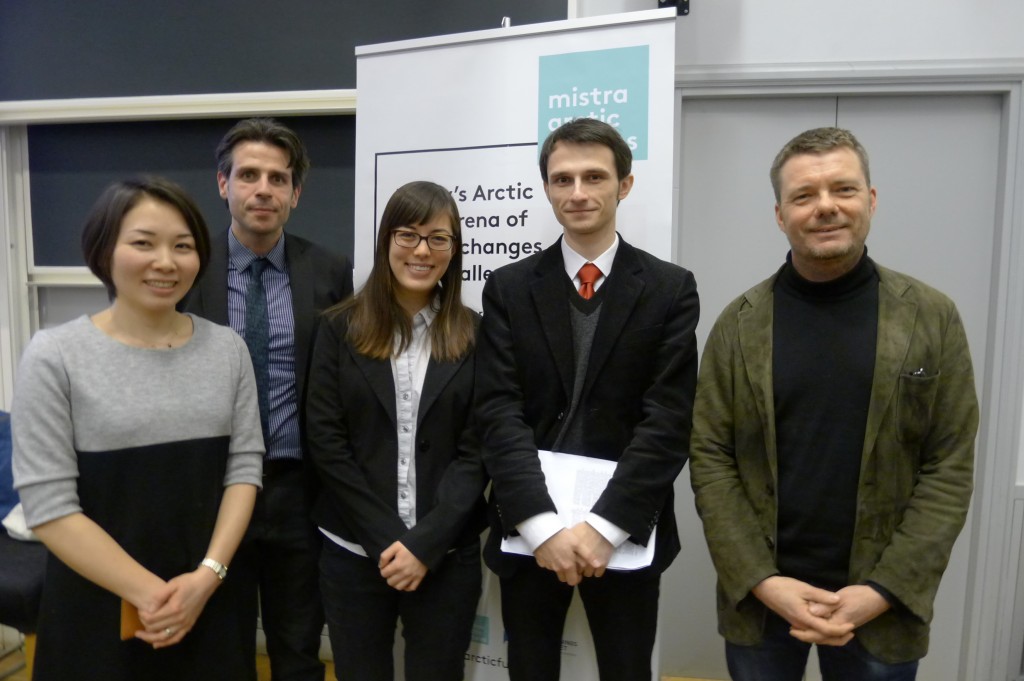 Last month, I participated in a Stockholm Arctic Seminar on Asian Arctic expansion put on by Mistra Arctic Futures at the Royal Institute of Technology (KTH). The first panelist to speak was Piotr Graczyk, a researcher and PhD candidate from the University of Tromsø. He discussed the history and operations of the Arctic Council.

Karl Hallding, head of the China Cluster at the Stockholm Environment Institute, gave an overview of China’s rise in international affairs, illustrating how its growing prominence as a political actor and economic powerhouse has paved the way for its increasing interest in the circumpolar north. Dr. Aki Tonami, a researcher at the Nordic Institute of Asian Studies, elucidated the complicated bureaucracy underlying Japan’s Arctic policymaking process. I spoke last, attempting to paint a picture of South Korea’s interests and role in the Arctic.

Growing interest in the Arctic

The panel concluded with a fifteen minute Q&A session, where the panelists discussed with the audience what growing Asian interest in the Arctic means for the future of the Arctic Council. The Indian Ambassador to Sweden asked whether the involvement of non-Arctic states in polar research would benefit the region’s actors at all, and I argued that it would. I believe that scientific contributions from non-Arctic states would help to draw connections between what is happening around the North Pole with places like the tropics, where climate change is also having an impact.

My research on Korea’s interest in the Arctic grew out of an essay I wrote for my MPhil course in Polar Studies at Cambridge, U.K. I previously presented this work at the Arctic Frontiers conference in Tromsø, Norway in January 2013. I pinpoint shipping and shipbuilding, hydrocarbons and scientific research as three factors motivating Korea to turn northwards. In a broader sense, since the presidency of Lee Myung-bak, which began in 2008, Korea’s foreign policymakers have begun looking beyond the peninsula and towards the rest of the world while pursuing a strategy of “Global Korea.”

To highlight a few examples, Korea will host the United Nations Green Climate Fund, and it was the first non-G8 country to host a G20 summit. The Arctic forms a key part of Korea’s newly global interests. While resources, shipping lanes and trade are important, Korea is not content to merely be an economic actor. Instead, like its neighbors, Japan and China, it also seeks a political role. All three east Asian states have applied for permanent observer status in the Arctic Council. Approving Korea’s application would further enhance the legitimacy of both Korea’s actions in the Arctic and the Council, which already has non-traditional members such as cross-border indigenous peoples’ organizations. Without affirming the participation of these three Asian states by granting them permanent observer status, the eight Arctic states risk losing control of the discussion as the Asian states could attempt to move it to other forums.

All of the presentations and the panel discussion are available to watch online here.