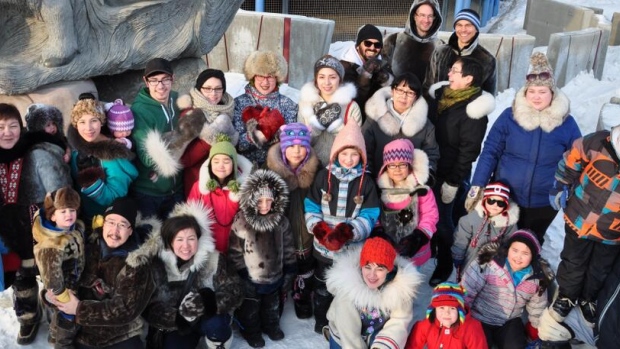 People gathered in Iqaluit earlier this year to shoot a pro-seal hunting #sealfie to protest a $1.5 million donation from funds raised by Ellen DeGeneres's Oscar selfie to the Humane Society of the United States, an organization that fights seal hunting. (Emily Ridlington/CBC) 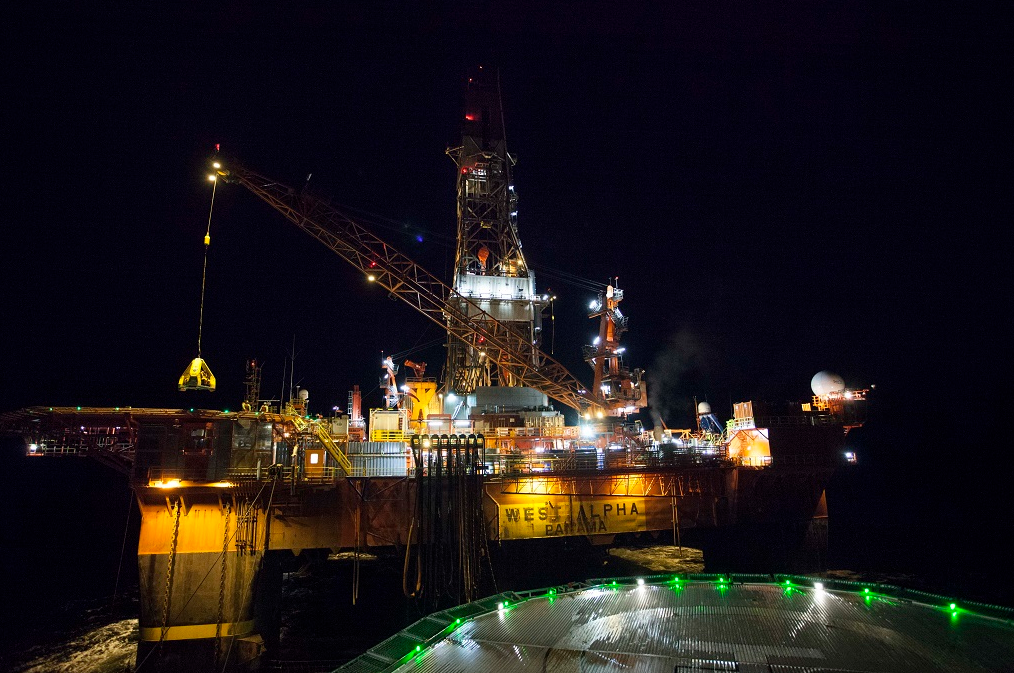 The West Alpha rig, used in the ExxonMobil, Rosneft partnership in the Kara Sea. The Norwegian owned rig left the site when a ban on assisting Russia with deep sea or Arctic offshore oil drilling came into force this year. (Rosneft) 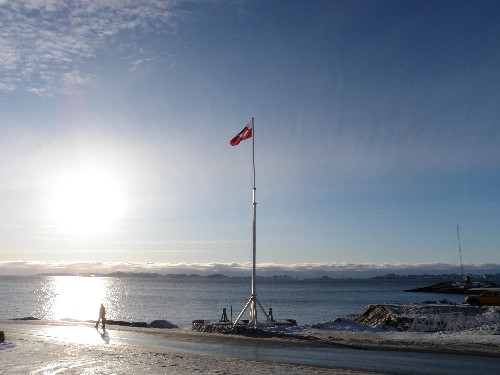 Greenland’s flag in Nuuk’s Old Town in 2010. The country's snap election this November grabbed the attention of investors and business interests around the world. (Eilís Quinn/Eye in the Arctic) 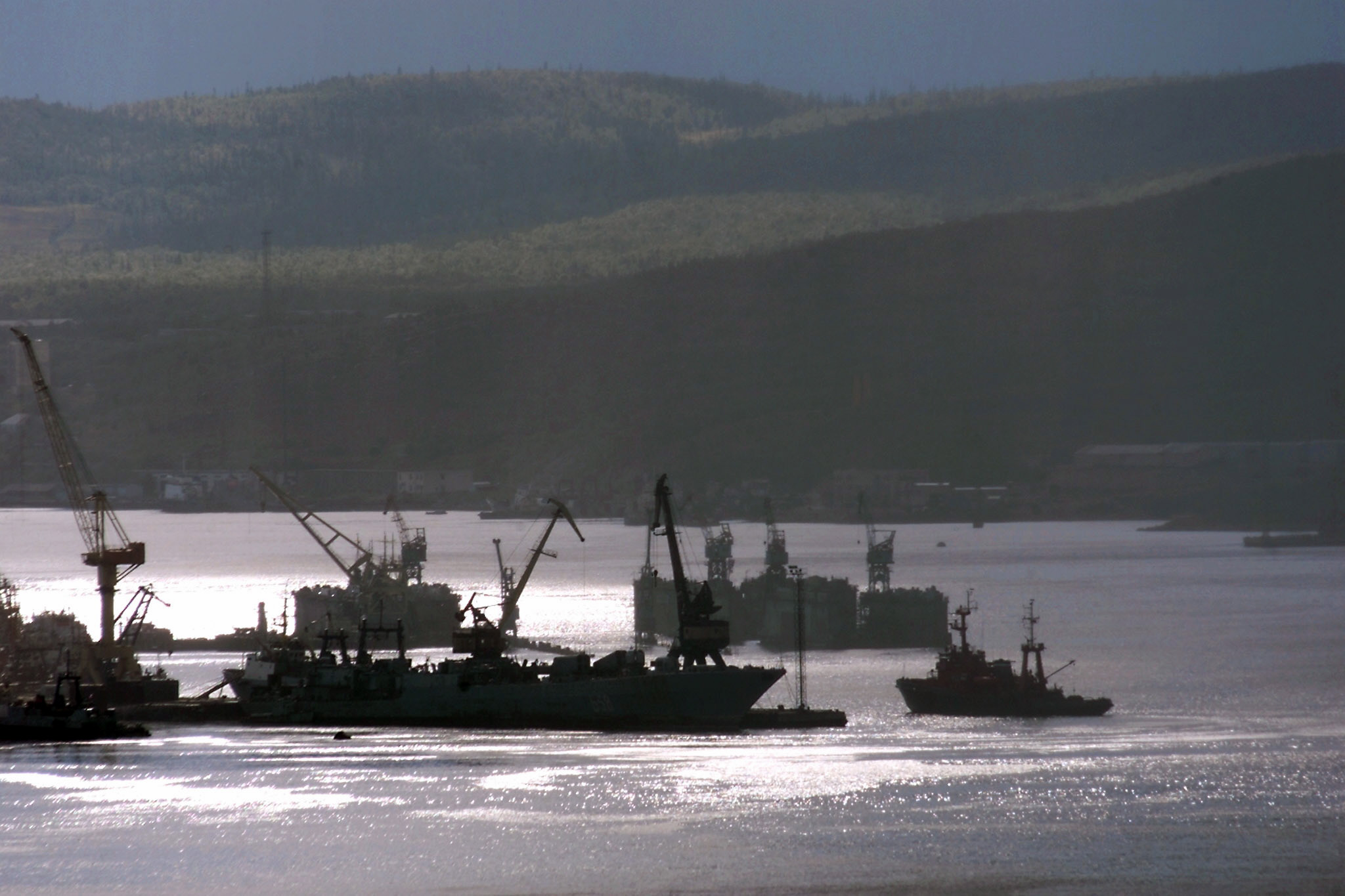 A Russian fishing boat enters the northern port of Murmansk in Kol’skiy (Kola) peninsula on the Barents Sea in 2010. Traffic on the Northern Sea Route dropped significantly in 2014. (Alexander Nemenov/AFP/Getty Images)

Last week in Part 1, we looked at the Arctic Council, indigenous issues and energy with Heather Exner-Pirot, managing editor of Arctic Yearbook.

Up today in Part 2, we talk politics, media misinformation and #sealfie with Mikå Mered, a political analyst and CEO of Polarisk Group, a research and political risk consulting firm specializing in the Arctic and Antarctic.

Mikå Mered: ‘Misinformation.’  Many people report on ‘The Arctic’ when they should actually talk about the ‘Barents Arctic,’ the  ‘Alaskan Arctic’, ‘Nunavut’ and so on. There’s also a huge difference between offshore developments and onshore ones. There’s isn’t one Arctic, there are many. But that’s not something we see out there when we read coverage about Arctic issues.

1) Pobeda oil fields: That oil field was the one discoved by ExxonMobil and Rosneft in September off the Russian coast. For the first time oil could be struck offshore in the Kara Sea. It was a Russian-American joint-venture. Given what’s happening now between the West and Russia, this discovery  will be key for the geopolitics of oil in the Arctic.

2) Greenland’s snap election: There was a misuse of public funds by the former Greenlandic prime minister Aleqa Hammond. That led to her fall and a snap election on November 28. If you talked to Greenlandic media or Greenlandic analysts, they predicted two or three weeks before the election who would win. If you talked to Danish specialists, most of them didn’t foresee the result. What I’m trying to emphasize here is that there’s a broadening gap between Greenland and Denmark, although they’re still part of the Danish realm.

3) #Sealfie Movement: The #HuntSealEatSealWearSeal‘ hashtag  was a big thing in the first part of 2014. For once, people from the South could understand at a broad level what’s actually happening in the North and could hear the voices of the people in the North. So the #sealfie movement was one of the key things in the North American Arctic for 2014 and one of the most importation cultural features this year.

1) Poor Northern Sea Route season: Compared to last year when there were 71  cargo ship transits, the numbers fell down to 23. The cargo tonnage decreased 75 per cent compared to last year. I’m not saying this decrease was triggered by geopolitics or by sanctions against Russia, there was just too much ice on the Northern Sea Route. This was  poorly reported in the international media and even some Arctic media.

2) The Arctic Economic Council: This is a feature of the Canadian Arctic Council chairmanship but not a lot of people talked about it. It’s one of the first pan-Arctic forums for economic affairs. But beyond the Arctic community it didn’t get much traction.

3) Arctic Biodiversity Assessment: It’s a publication by the Conservation of Arctic Flora and Fauna (CAFF), a working group of the Arctic Council. They’ve done a seven year report to assess Arctic biodiversity. It’s more than 600 pages and nobody talked about it. Actually, it’s some of the best work the Arctic Council has produced so far.

1) Russia’s submission to the Commission on the Limits of the Continental Shelf: Canada, Russia and Denmark are competing for claims to the North Pole and this is an important feature of Arctic politics. So when Russia submits its claim to the UN in March 2015 , this will be something to watch for.

2) General elections in Finland, Sweden and Canada: If there’s change in governments,  those states’ Arctic policies could change as well.

3) EU’s first official Arctic Strategy:  What’s going to be tricky is to see the response of EU member states that are Arctic countries: namely Finland, Sweden and Denmark.

The above Q&A has been edited and condensed.

Listen to the full Eye on the Arctic feature interview with Mikå Mered below: