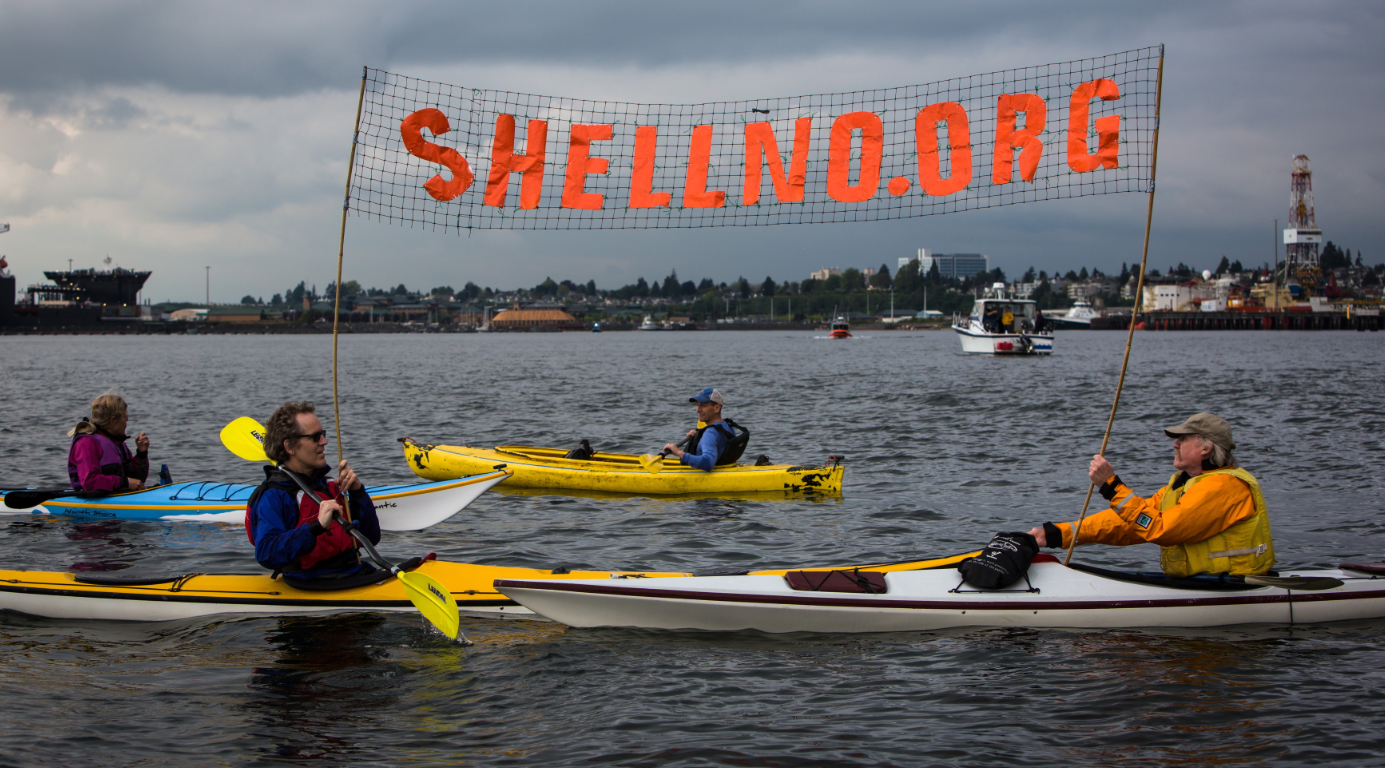 Kayaktivists Jordan Van Voast and Martin Adams hold a sign in protest of the arrival of Shell's Arctic drilling vessel the Noble Discoverer as it came into Everett, Wash. on Tuesday, May 12, 2015. Shell's pullout from Arctic Alaska was good news for environmentalists this year. (Daniella Beccaria/seattlepi.com via AP) 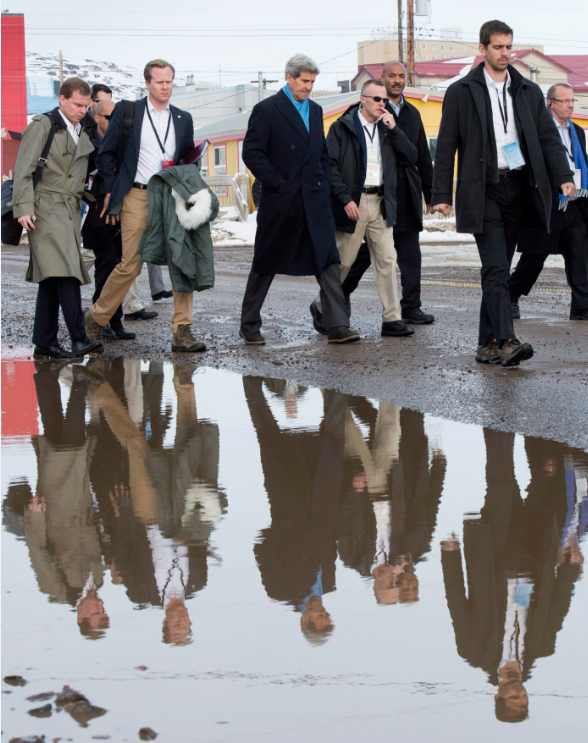 United States Secretary of State John Kerry, surrounded by staff and security, walks down a street in Iqaluit while attending the Arctic Council Ministerial meeting Friday, April 24, 2015 in Iqaluit, Nunavut. What mark will the United States leave on the international forum in 2016. (Paul Chiasson/The Canadian Press) 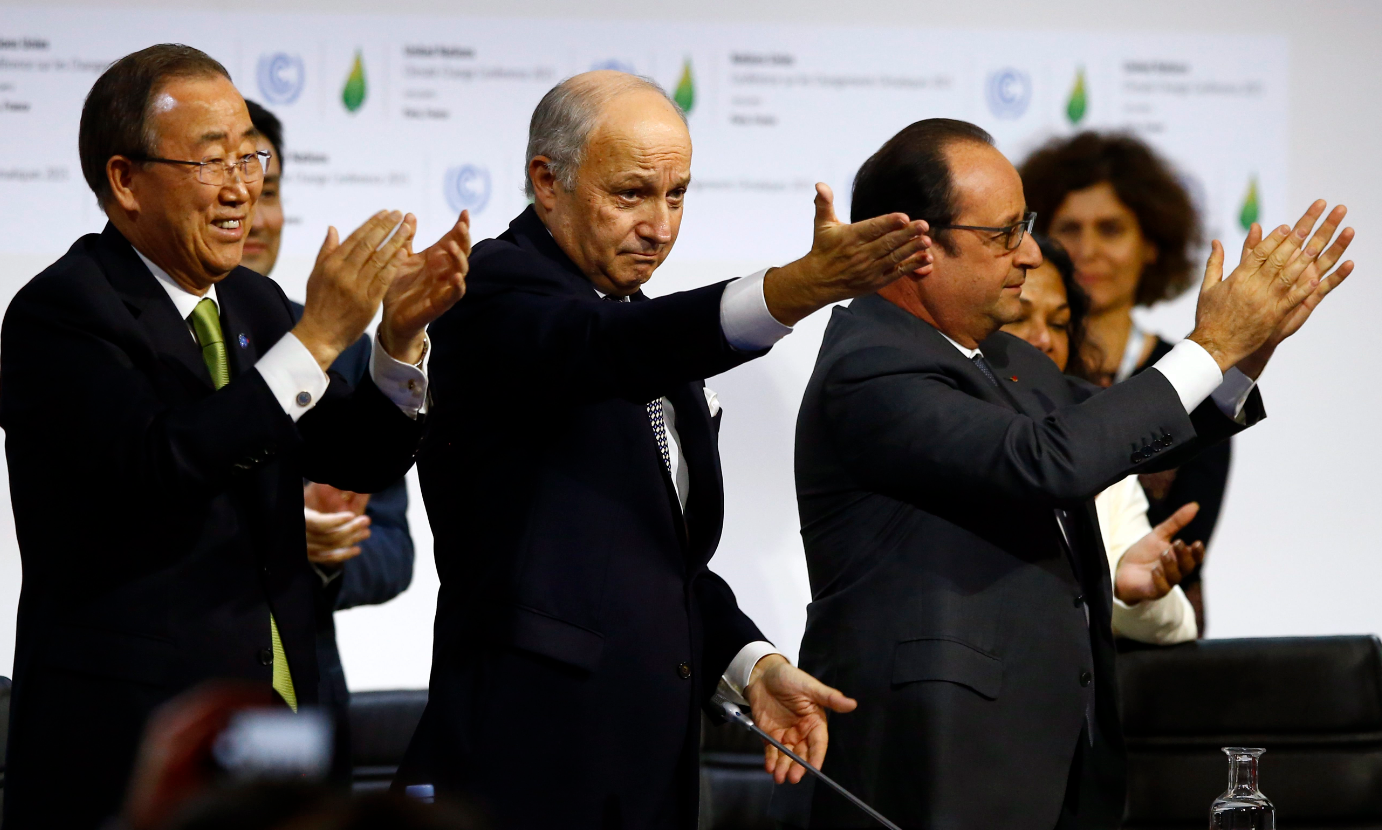 French President Francois Hollande, right, French Foreign Minister and president of the COP21 Laurent Fabius, center, and United Nations Secretary General Ban ki-Moon at COP21. Governments adopted a global agreement at the conference to reduce their greenhouse gas emissions. What implications will this have for the Arctic? (Francois Mori/AP) 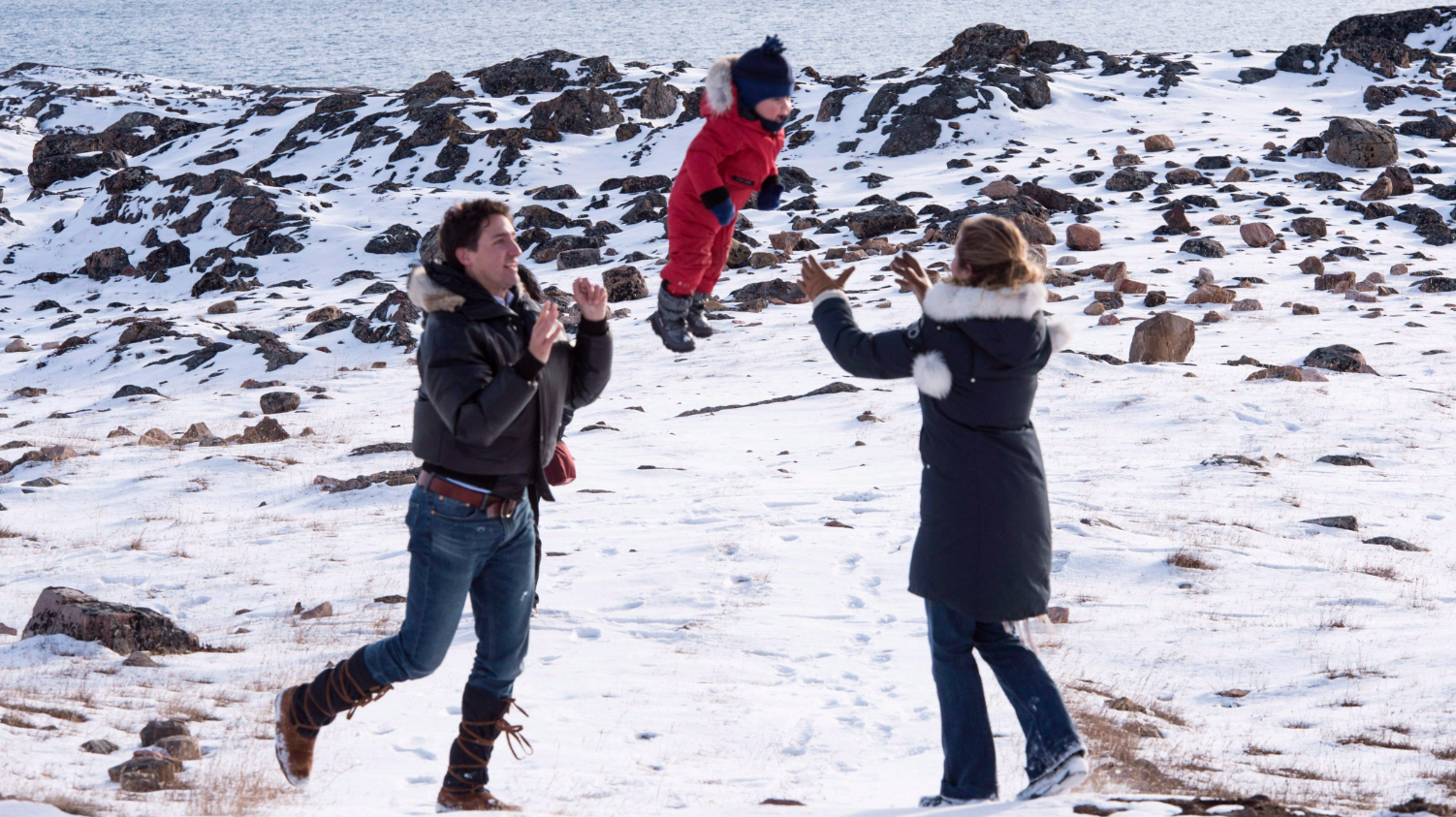 Canadian Prime Minister Justin Trudeau and his wife Sophie Gregoire-Trudeau with thier youngest son Hadrien in the Arctic Canadian city of Iqaluit on October 10, 2015. How will the Liberal government's Arctic policy evolve in the coming year? (Paul Chiasson/The Canadian Press)

2015 has drawn to a close which means Eye on the Arctic is looking back at the year’s news and events with some of our experts from around the globe.

That’s when we check in with them for their views on all things Arctic, and what they’ll be watching for in 2016.

In Part 2 today, we take on Alaska, the Arctic Council and COP21 with Mia Bennett who runs the Cryopolitics Arctic News and Analysis blog.

Mia Bennett: Hopeful. We had Cop21 and reached an agreement. Obama visited the Arctic, the first sitting president to go there. Shell didn’t come up with any oil in its well which is hopeful for environments. And then, continued relative peace between Russia and the West in the Arctic.

What was the most overlooked northern story or issue of 2015? Canadian election and its implications for the Arctic. It’s a big deal that Liberal Justin Trudeau was elected and (Conservative) Stephen Harper’s decade-long reign is over. With that we’re possibly seeing the end to Harper’s very aggressive, muscular ‘Canadian sovereignty in the Arctic’ line. I think there needed to be more drilling down and questioning Trudeau on how he would like to see the region evolve.

For more from Mia Bennett, check out her blog space on Eye on the Arctic.