As Memorial Day Weekend kicks off the summer in the United States, what better time than to look back on a winter spent in the world’s coldest city?

Yakutsk, the capital of Russia’s Sakha Republic, may or may not be Arctic. I asked a few residents and its designation seemed to be up for debate. The cold, however, is undeniable. The mercury drops to -60° in winter, but while I was there in February, the unusually warm temperatures of -35° and sometimes even -25° made people announce that spring was already here. But no one was taking off their fur hat.

I was told that Yakutsk is so cold because the mountains surrounding the city trap all the frigid air. Situated in the middle of Russia’s largest republic smack dab in the centre of the Russian Far East, Yakutsk is one of the world’s most remote cities and has no permanent connection to the outside world. There’s a thoroughly modern airport with international flights to places like China and South Korea, but no bridge to the Russian railroad and highway systems that terminate on the other side of the massive Lena River. Effectively, Yakutsk is a city of 300,000 people that, despite being in the middle of nowhere by most standards still appears vibrantly cosmopolitan in many ways.

Yakutsk feels like it’s straddling two continents, Asia and Europe. Some people have narrow green eyes and red hair, while others look more typically Asian. Yet nearly everyone speaks Russian, and many are also practicing Orthodox Christians. More than half of Yakutsk’s cars are imported from Japan and thus have their steering wheel on the right side, but the cars drive on the right side. Buses, however, are always made in Russia and have their steering wheels on the left side – “for safety,” as one person told me.

Yakutsk also feels like a city that is straddling time, for the its built environment fuses its traditional heritage, Soviet past, and Asian-oriented future.

Walking north along the main boulevard, there’s a green wooden building sinking into the permafrost with an old poster advertising an emergency number in Soviet times on its side. A few meters away stands a billboard for medical tourism in South Korea. Farther up the boulevard sits a huge concrete monument, likely built in Soviet times, featuring the horse-hitching posts emblematic of the region. North of that lies the Chinese market.

The vendors, most of whom come from the northeast Chinese city of Harbin, used to sell their wares outdoors until Chinese money funded the construction of a permanent building. They may not have been as hardy as the locals, who still continue to sell their frozen fish, dairy products, and fruits and vegetables out of doors in winter. At the indoor Chinese market, all sorts of goods made in China are for sale including medicinal products, knock-off traditional Yakut boots (onti), and souvenirs like teacups and plates decorated with Yakut horses.

So what is day to day life like in winter the world’s coldest city? 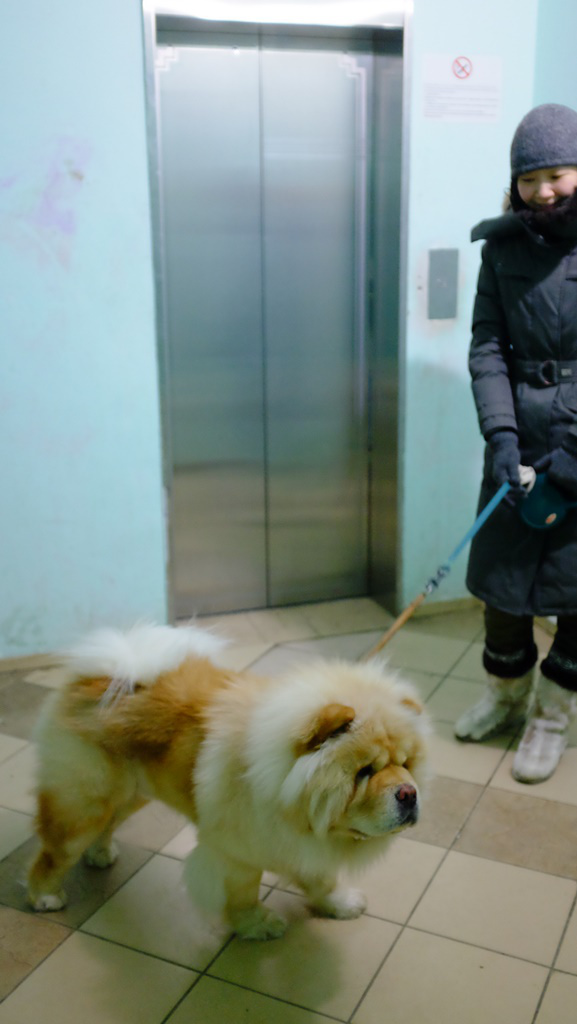 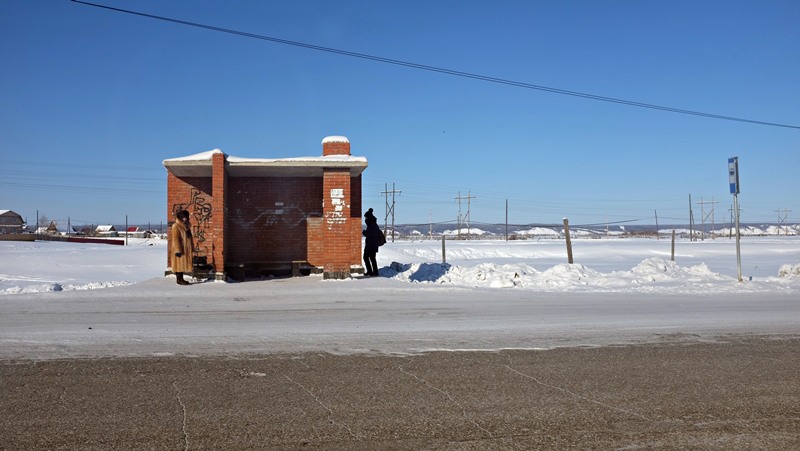 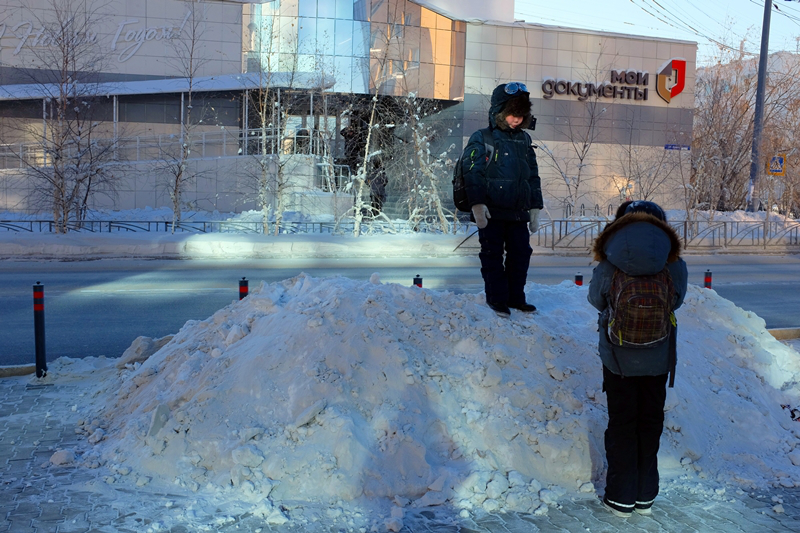 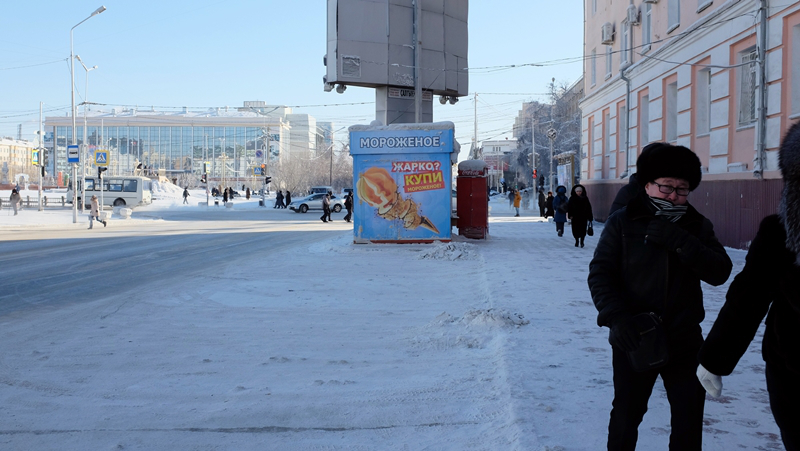 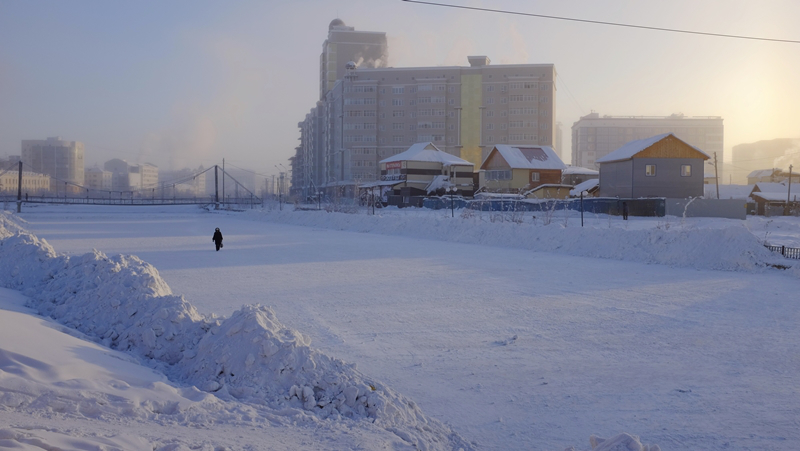 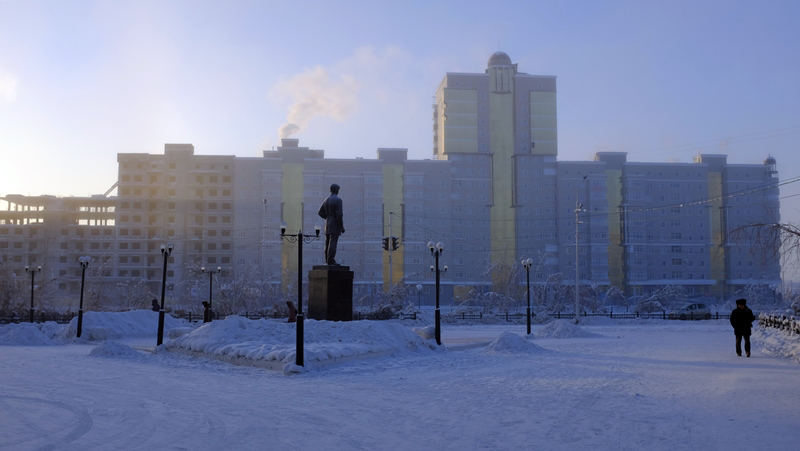 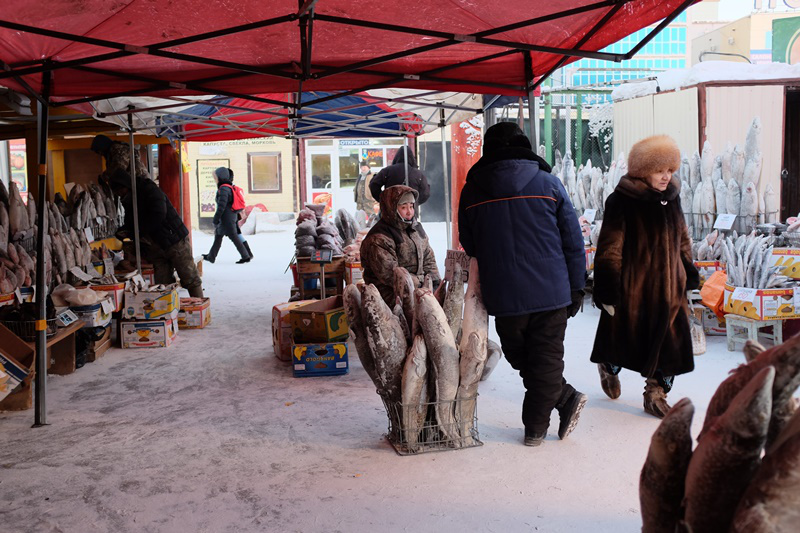 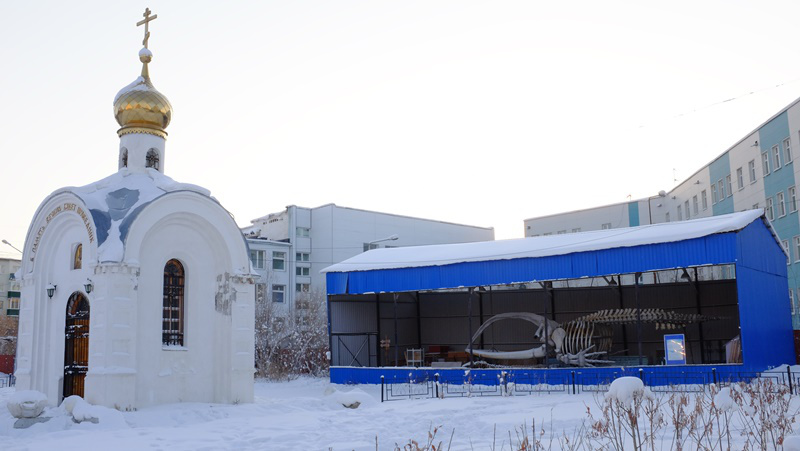 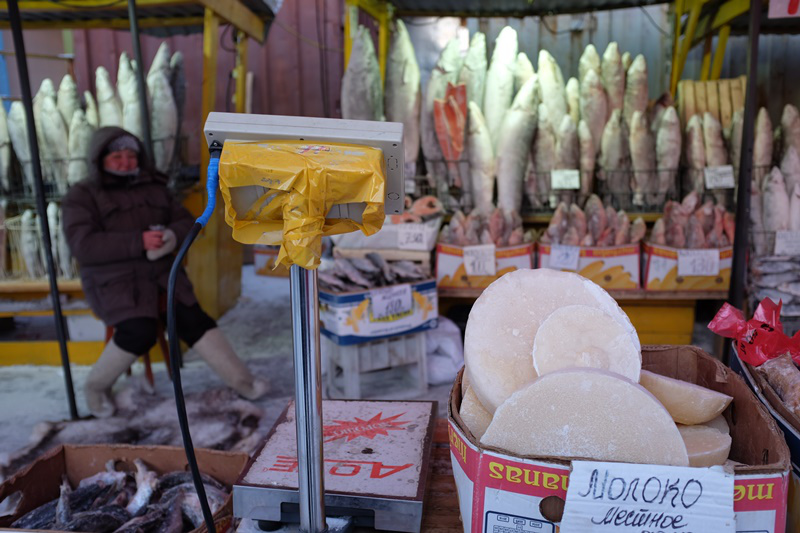 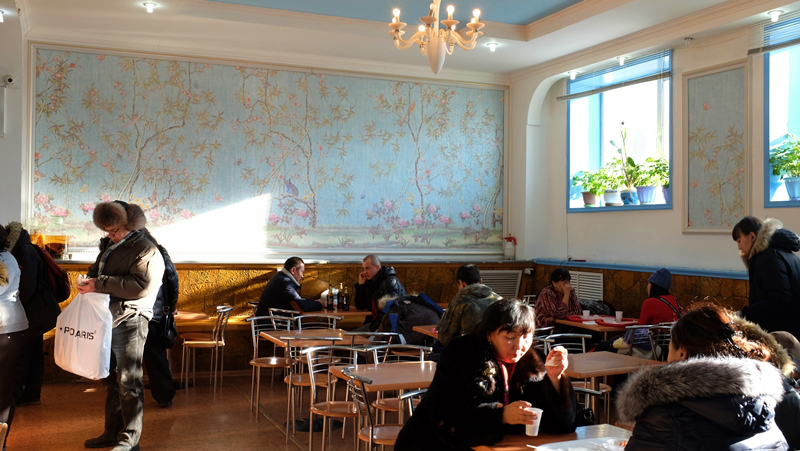 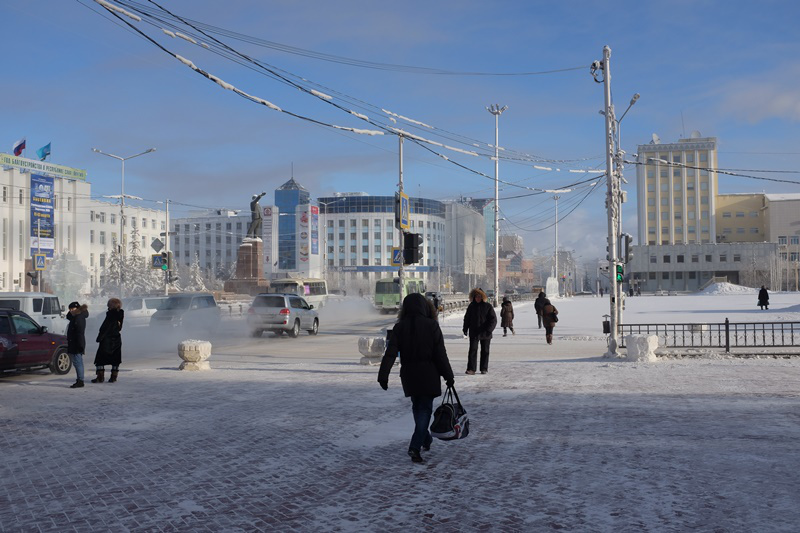 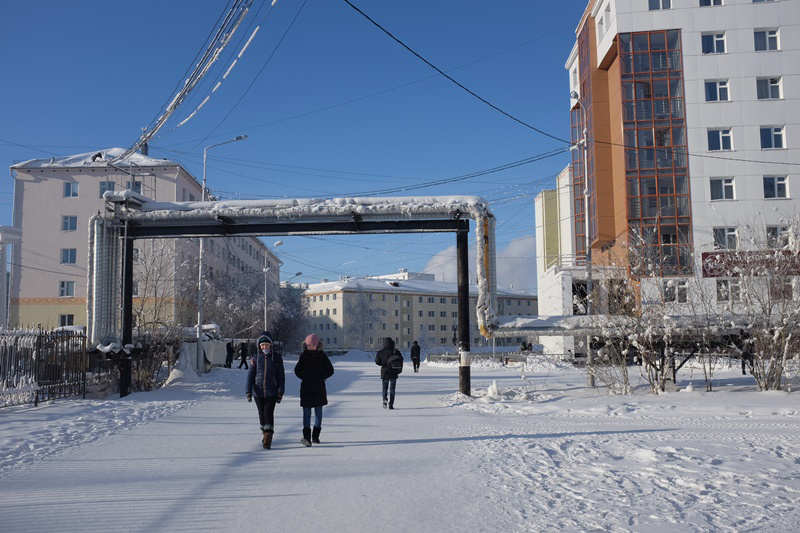 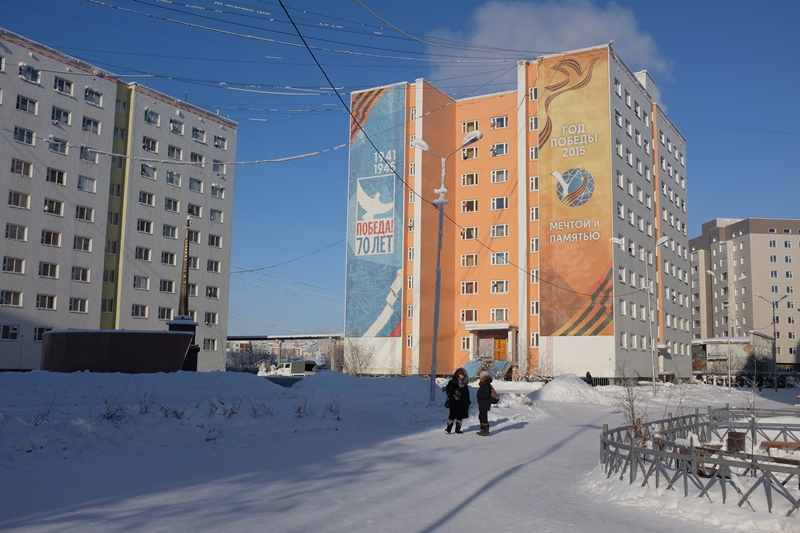 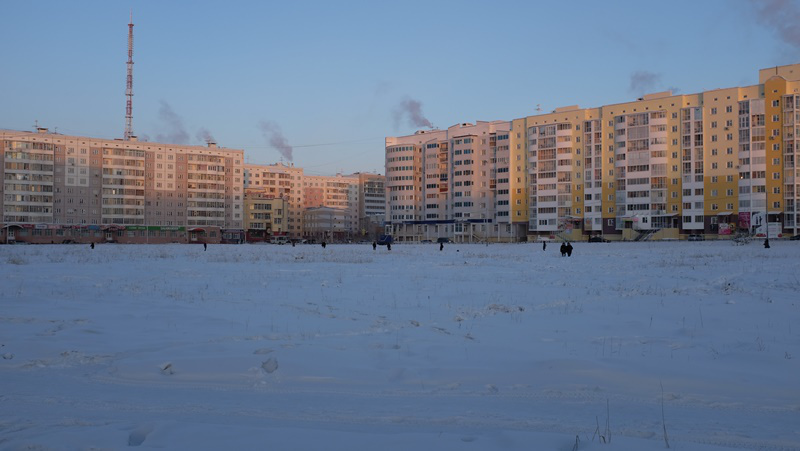 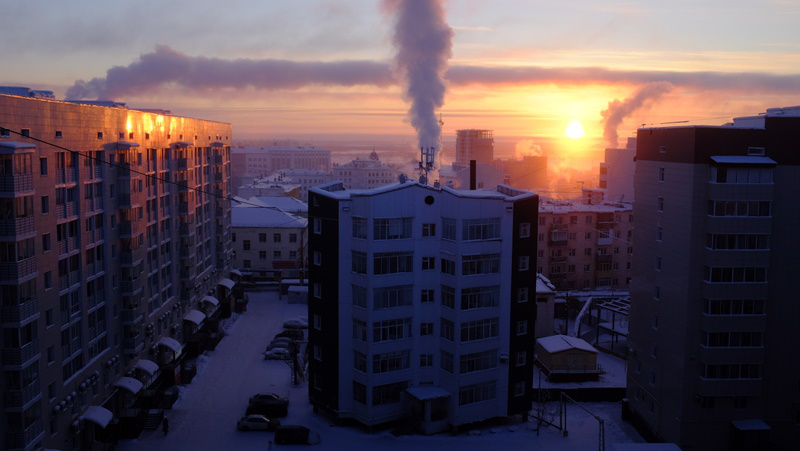 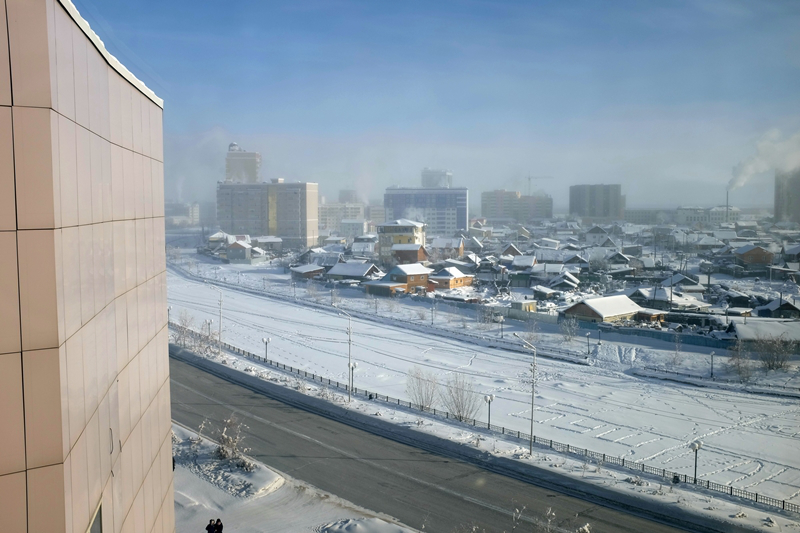 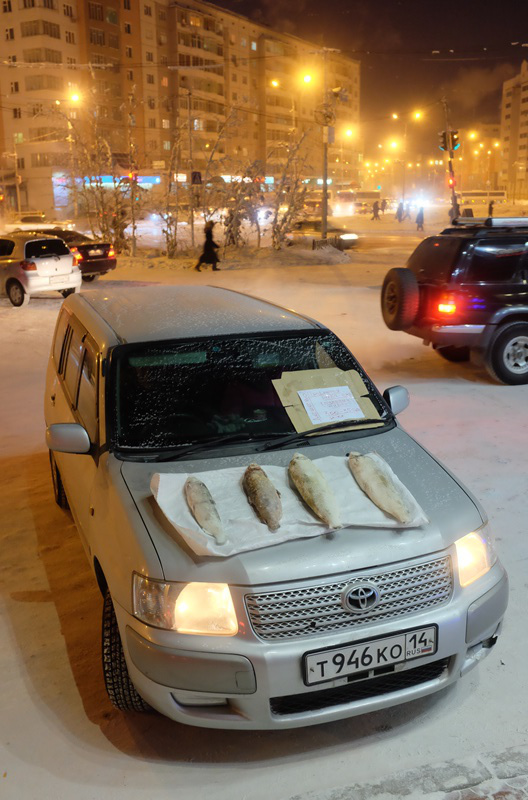 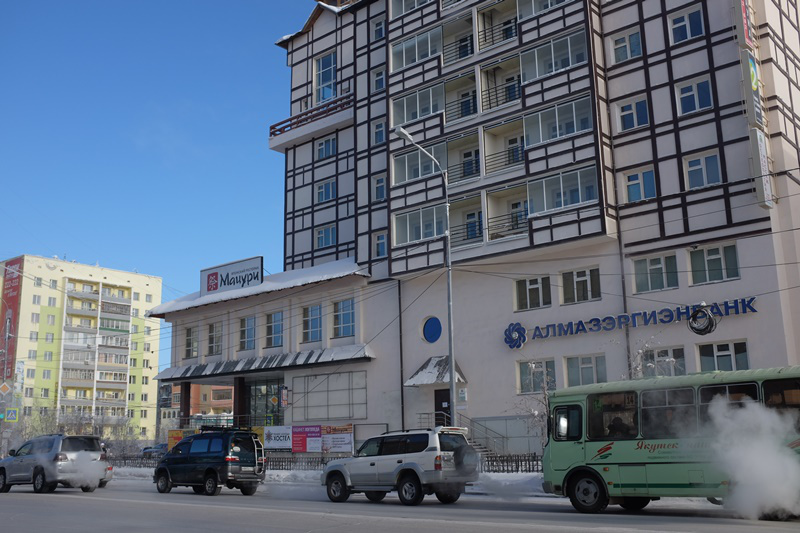 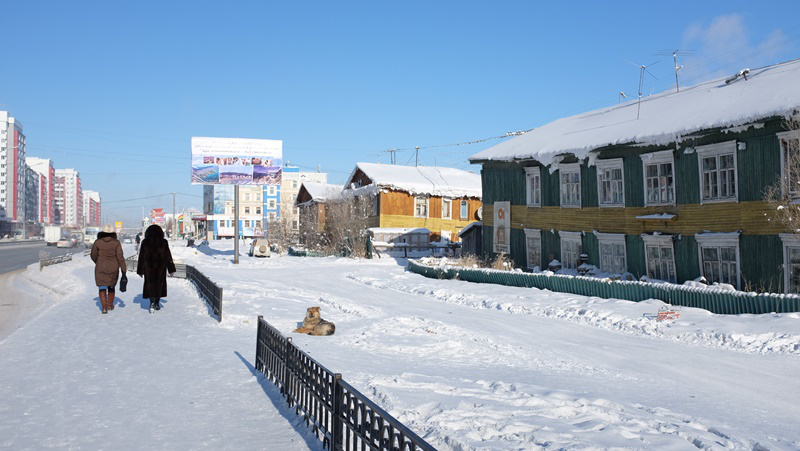 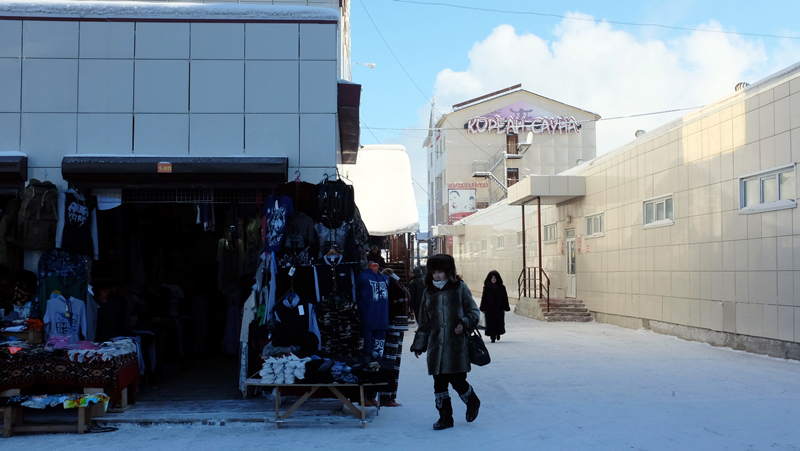 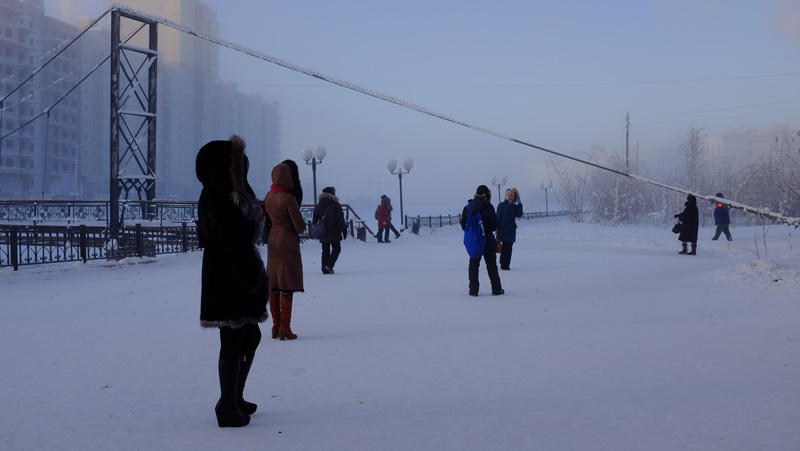 Canada: Blog: The return of the Arctic Five, Eye on the Arctic

2 thoughts on “Blog: Winter in the world’s coldest city”