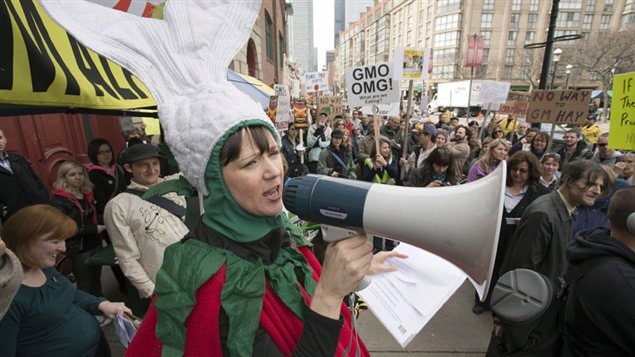 Many farmers protested the possible introduction of genetically modified alfalfa into Canada this week, but their concern does not translate to the average consumer, according to one researcher. 80 types of GM crops have been approved in Canada but because there are no mandatory labelling laws consumers often don’t know they are buying and consuming them.

“…concerns among farmers and informed groups of consumers does not translate to the average consumer. They are too far removed from the concerns of the farming community,” says Andreas Boecker, an associate professor at the University of Guelph whose research includes studying consumer acceptance of GM foods.

That said, there are Canadians who feel strongly about GMOs and demand new labelling laws to ensure consumers know what they are getting. (ld with files from CBC)