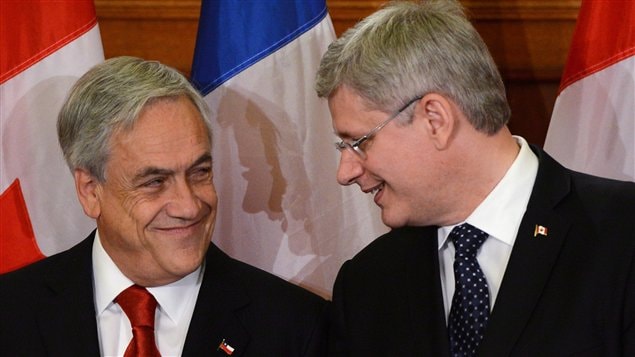 On this edition of Politics Today RCI’s Wojtek Gwiazda focuses on the continuing Senate expense scandal “Senategate” and who knew what about a personal cheque made by the Chief of Staff of Conservative Prime Minister Stephen Harper to a Conservative Senator to cover contested expense claims.

Wojtek also covers a press conference between Chile’s President Sebastien Pinera and Prime Minister Harper where an Chilean environmental body’s decision to stop an open pit gold mine project of Canada’s Barrick Gold corporation was discussed, as well as the Pacific Alliance.

As well, Wojtek mentions the passing of abortion rights advocate Dr Henry Morgentaler, and the annual report of the Chief Electoral Officer of Canada Marc Mayrand.