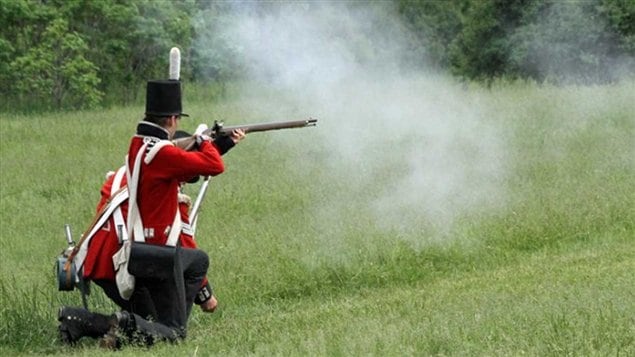 Bicentennial of an important Canadian battle in the war of 1812

This past weekend saw a lot of colourful uniforms, lots of noise and smelly smoke from muskets and cannon, lots of shouting, and in spite of what you might think, lots of fun entertainment at Stoney Creek, Ontario.

Almost 200 years ago to the day, however, it was a much different scene. The smoke and noise were there on June 6, 1813, but Stoney Creek near Hamilton, was the scene of a deadly and important battle between American invaders, and Canadian and British defenders in the War of 1812.

In the early morning on that day, British forces launched a surprise attack on an American encampment. In a battle that lasted less than an hour, they captured two American generals and forced the Americans to retreat. The battle became a turning point as the Americans never were able to advance that far into the Niagara Peninsula again.

Last weekend however, the atmosphere at “Battlefield Park” was entirely different as thousands came out to watch re-enactors dressed in recreated period uniforms and weapons staged mock battles.  Visitors also had the chance to glimpse period encampments, and other aspects of period military life.

Several events have been, and continue to be staged, throughout central and eastern Canada to commemorate the bicentennial of the war which lasted from 1812-1815.

It is interesting that Canadians consider that we won the war of 1812, as British/Canadian forces successfully repulsed several invasion and annexation attempts by much larger US forces.

The US considers it won by beating off British forces from invading or otherwise crippling the US into surrender.

For its part, Britain hardly remembers the North American theatre at all, as it considers the war of 1812 to concern their victory over the French and Napoleon.

In any case, for Canada, the war of 1812 (which we won..ahem) is considered as a major event in Canadian history in creating a much stronger sense of being separate and different from Americans, and and important step in development of a strong Canadian identity, even though “Canada” was still several decades away from being created as a political entity and nation.