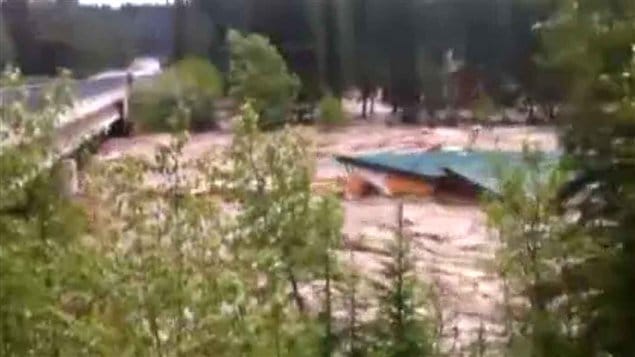 An entire house carried off by the raging waters about to be smashed against a bridge in Alberta
Photo Credit: CBC

It seems ironically relevant that the World Conference on Disaster Management is taking place in Canada during one of the worst flooding disasters in this country, across the western prairies.

With deadly flash floods having just occurred also in northern India, the worst in 80 years, and previous disasters like the huge storm damage along the New Jersey shore, and New Orleans in the USA, the tsunami in Japan, massive fires across Australia, and extreme droughts in Russia and Argentina, and more, not to mention man-made disasters like terror attacks, the issues surrounding dealing with disasters are becoming more urgent.

The World Conference on Disaster Management has been held for some 23 years now.

According to Mr Gordon, the issues are becoming increasingly complex. as the world faces climate change and ever more violent and unpredictable weather.  In addition, there are increasing threats of disaster posed by terrorists.

Mr Gordon says it is more and more important for people in the various fields of disaster management to exchange ideas on best and worst practices.

n many cases he says, although the types of disasters differ, whether a natural one like a flood, or man-made like a massive oil-spill or terrorist attack, many requirements remain relatively similar such as the need for adequate communications planning and equipment among the various services and with the public.

Preparedness has become further complicated by the global economic crisis which is taking money away from important projects and resources geared toward prevention and mitigation of disasters.

“..it’s not just floods, it’s other events which are going to happen, because it’s quite clear from climate scientists that the kind of flooding in Calgary and India…that is the kind of thing we can expect (to happen) more frequently and more intensely”  Adrian Gordon

He notes that in Canada, and many other countries, infrastructure is old and in need of repair and upgrading to account for things like changing climate.  In Montreal for example there have been several instances where a simple large rain storm has completely overwhelmed the drainage systems causing damage.  He says that not being adequately prepared is more costly than building back following a disaster.  He said most communities have never conducted an audit of critical infrastructure and resources so they are not aware of what they have, they’re not aware of what condition it is in and what could collapse or fail at any given moment.

An important message from the conference is also that individuals should have their own disaster plans and priorities for their families and possessions, and not simply hope to rely on authorities and agencies in disaster situations.

Mr. Gordon notes that in the 23 years since the conferences began, the disasters that occur are increasing more complex with a global economy and political issues.  Disasters that hit one country, can now easily have economic repercussions on others around the globe. Because of this, he says such conferences as this one are increasingly important for experts to meet and exchange information.