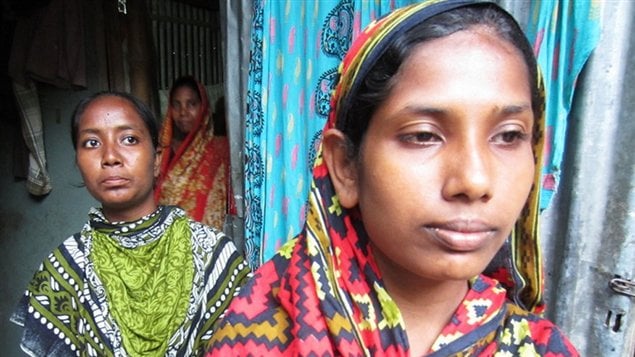 Rina, a factory worker, made $60 a month working on Joe Fresh clothes at the Rana Plaza factory, in Bangladesh, before it collapsed.
Photo Credit: Sylvia Thomson/CBC

Some of Canada’s biggest retailers have signed a 5-year North American pact to offer money for training and upgrading of factories in Bangladesh.

The agreement signed by Canadian Tire Corp., Wal-Mart, The Gap, Hudson’s Bay Co. and other Canadian and American companies was created in response to consumer pressure that has mounted since a building collapse in Bangladesh this April that killed 1,129 workers.

The safety pact includes inspection of all member factories in the first year, developing common safety standards over the next three months, creating Worker Participation Committees at each factory and producing inspection reports that are transparently shared.

The Bangladeshi government, which took part in negotiations, will play a larger role in worker safety in the future through upgrading national fire and building standards.

A total of $42 million US has been pledged by North American retailers for a safety fund that will pay for inspections and help workers displaced while factories are upgraded.