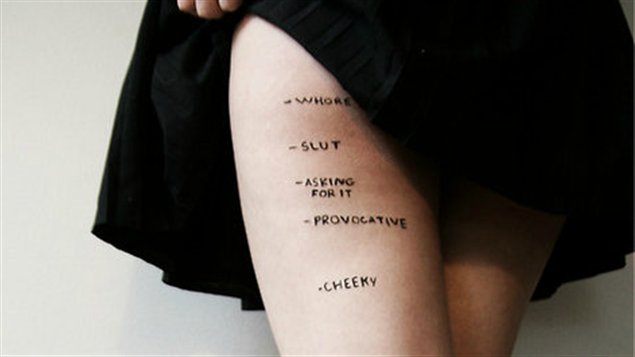 About 19 per cent of Canadians believe women encourage or provoke assault when they are drunk, a recent survey suggests.

The survey commissioned by the Canadian Women’s Foundation also found that 15 per cent of Canadians believe assault can be provoked by flirting. The percentage is higher – 20 per cent – among Canadians between the ages of 18 and 34.

“It’s very concerning for us… because we know that when a woman feels like she is being blamed for sexual assault… she’s very unlikely to come forward and report [it]”, says Sandra Diaz, vice-president of communications for the Canadian Women’s Foundation.

“The real question we should be asking is ‘Why do some men think it’s OK to rape women? – Sandra Diaz

“The real question we should be asking is ‘Why do some men think it’s OK to rape women?, and ‘Why aren’t we teaching our boys not to rape?’”, says Diaz.

In spite of being shocked at the results of the survey, Diaz adds that she has some hope. She says some recent high-profile cases have sparked unprecedented indignation in the Canadian population.

“People are outraged and shocked and embarrassed as Canadians that these points of view still exist. The message that we should all be giving to women in our lives is that there’s nothing that she could wear, drink, say or do that would ever justify her being a victim of violence”, says Diaz.

Diaz adds that the best place to start changing perceptions is in the classroom, teaching boys and girls to understand concepts of consent and that ‘rape isn’t funny’.

The online poll was conducted by Angus Reid in February among 1,008 randomly selected Canadian adults. The margin of error is +/- 3.1%, 19 times out of 20. Between 9 and 19 per cent of respondents said that a woman could provoke or encourage sexual assault in some of those other situations:

Sandra Diaz, vice-president of communications for the Canadian Women’s Foundation, speaks with Gilda Salomone about the results of the organization’s latest survey.