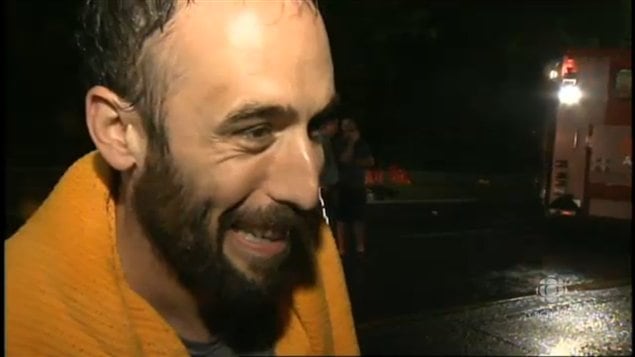 Toronto cop posed for cameras as victim of flood

It was supposed to be a joke, but Toronto police were not amused by the behavior of an employee. During a record rainfall on July 8, as stranded passengers waited for rescue on a flooded GO Train, a police officer decided to pose as a victim and give a TV interview.

Nickolas Dorazio posed as a shivering flood victim wrapped in an orange towel and praising police heroics in a television interview.

“I’m just glad that one of the officers there — he actually picked me up,” Dorazio said in the interview. “I couldn’t believe it.”

That was not true. Dorazio was actually a plainclothes police constable with the Major Crimes Unit.

Since the interview, he has been disciplined, removed from the unit and placed on patrol duty.

“It was a very tough night for a lot of people. It was harrowing,” he said. “To see someone behaving this way is very disappointing,” said Toronto Police spokesperson Mark Pugash.