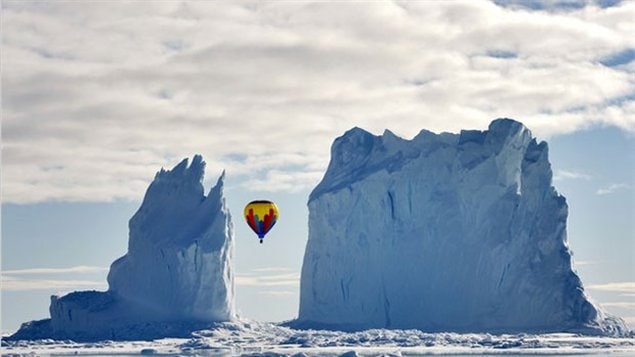 Arctic Bay, Nunavut has everything going for it when it comes to attracting tourists.

This predominantly Inuit community of around 800 people is located in Canada’s eastern Arctic territory of Nunavut. It has stunning scenery, provides a window into Inuit culture, and has wildlife ranging from whales to polar bears.

But developing and growing the tourism industry in remote northern communities like Arctic Bay presents challenges.

The distances between Arctic communities and southern transportation hubs makes traveling in and out of these communities complicated and prohibitively expensive for many people.  Even just getting the word out about what such places have to offer can be a challenge.

But Arctic Bay experienced another setback after the local Hunters and Trappers Association banned filming at the community’s flow edge in 2007. The organization made the decision after reading a National Geographic article on narwhal hunting in the community that they felt negatively portrayed people in the hamlet.

“Unfortunately, that had the effect of hurting our good name in terms of being a welcoming place, which we are, and also put actual, real on-the-ground tourism in a tailspin here,” said Clare Kines, Arctic Bay’s Community Economic Development Officer.

But now, Arctic Bay is working to turn things around. A community consultation took place and people voted overwhelmingly to get the industry up and running again.

Arctic Bay will focus on developing a community-owned tourism company in line with the Greenland model established by Greenland Tourism in the 1990s.

Greenland Tourism didn’t respond to a request for comment on the program and the Government of Greenland said they couldn’t locate someone for comment when reached on Friday.

But the Greenland initiative works by setting up a community-based tourism company that would take care of day-to-day business and reaching out to potential customers.  The company would hire local guides and outfitters to take care of taking guests out on the land.

Other stories from our series looking at tourism development on the North:

Growing Tourism in Nunatsiavut, Eye on the Arctic

Creating an economy in the North: Can tourism save this town?, Eye on the Arctic