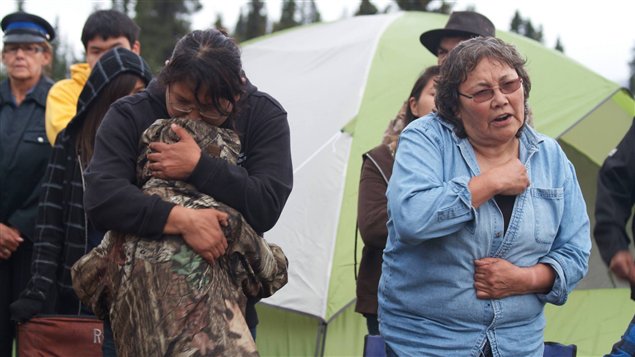 First Nation Indigenous members of a camp protesting a coal mining operation think they may be arrested this weekend.

The group of about 50 people, including women and children, is camped in the northwestern part of the Pacific coast province of British Columbia at a drill site of Fortune Minerals Limited which plans an open pit coal mine on the site of Mount Klappan. Members of Canada’s federal police force, the RCMP, are there as well.

The Arctos Anthracite Project is planned on what the Tahltan Nation elders call the Sacred Headwaters. The area is the origin of three wild salmon rivers.

RCI’s Wojtek Gwiazda spoke with Chief Marie Quock, of the Iskut Band Council. She is in constant touch with the people at the Klappan camp.