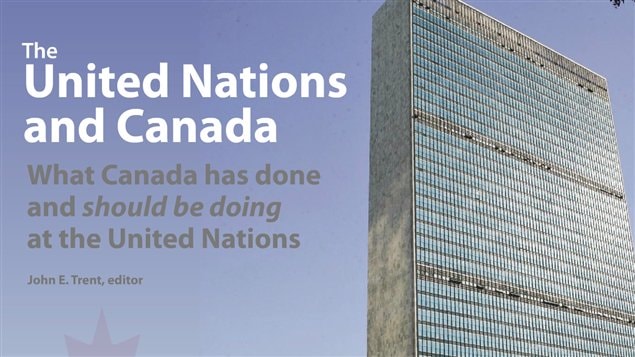 A group of 18 Canadian foreign affairs experts publish book on the United Nations and Canada, and what Canada should be doing at the UN.
Photo Credit: World Federalist Movement - Canada

A group of former diplomats, cabinet ministers, and foreign affairs experts think the Canadian government and Prime Minister Stephen Harper should rethink their attitude towards the United Nations.

In a press conference Monday (September 23) a number of the experts spoke out as they unveiled a booklet of essays titled: “The United Nations and Canada: What Canada has done and should be doing at the UN“.

According to Professor John Trent, the coordinator of the information project, “Canadians require a better understanding of Canada’s potential role in improving the present and future capacities of the United Nations. While we all recognize the UN is an imperfect organization, the Harper government’s position flies in the face of the reality that the UN is a much more reformed and effective institution than many think.”