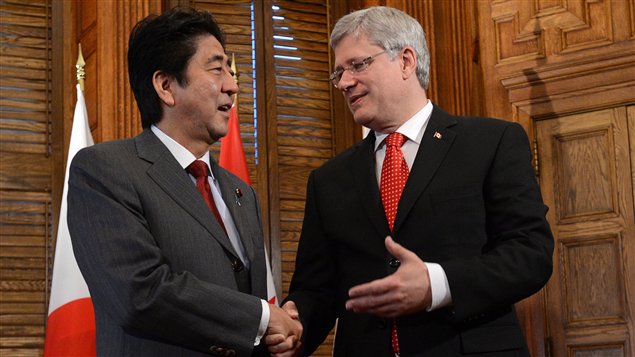 In a press release following a press conference by the two, Prime Minister Harper focused on defence issues: “Canada and Japan enjoy excellent bilateral relations, underpinned by strong cooperation in the areas of commerce and security,” said the Prime Minister.

“Our countries took an important step today towards strengthening bilateral defence relations. We reached an agreement in principle on a mutual logistics support hub that will facilitate the sharing of basic goods and services between Canadian and Japanese Forces, wherever they are working together in the world.”