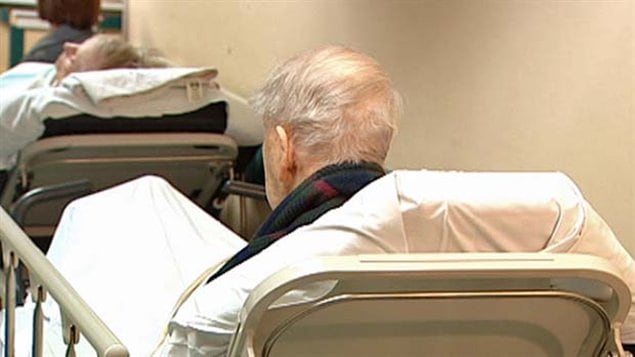 The controversial topic of end-of-life care, and euthanasia and assisted suicide are currently being debated in the province of Quebec where the government is proposing a so-called "euthanasia" bill
Photo Credit: CBC

In Canada, health care is almost entirely within the jurisdiction of individual provinces.

The minority government in the mostly French-speaking province of Quebec is currently proposing a law which it calls “An Act respecting end of life care” and labelled as Bill 52.

Dr Paul Saba, a Montreal doctor heads the Coalition of Physicians for Social Justice, a group which strongly opposes what it calls a promotion for the practice of euthanasia.

Dr Saba and the coalition have cited several cases where similar legislation in other countries has led to “excesses” in euthanasia.

He cites the example of a depressed 64 year old woman in Belgium who asked to end her life, and was indeed euthanized by an oncologist, without any consultation with a psychologist, nor the woman’s son who was greatly distressed by the hasty action which he said forever robbed him of his mother, and his children of their grandmother.

Dr Saba also says that however the Quebec government  presents it, or whatever they call it, lawyers his group consulted insist it would still constitute a criminal killing by doctors under federal law.

At Quebec’s public hearings into the issue earlier this month, the president of the Right to Die With Dignity Association put forward their view.

Hélène Bolduc told the all-party panel of MNAs (Members of the National Assembly, ie the provincial government) leading the hearing that the debate is being sidetracked by calls for better palliative care, more hospital beds and better pain management.

“I don’t want to be against palliative care,” Bolduc said. “But I have to say: there is a limit. It’s not because I don’t believe in this type of care, but palliative care shouldn’t be practised with dogged determination.”

She likened the palliative care community to the church, with doctors acting as “apostles of redemption.”

The association, which counts 310 members,  wants individuals to have the right to decide when to die, and Bolduc said she hopes Quebec will at the very least stop prosecuting doctors who assist in a terminally ill person’s death.

Dr Saba, hints that the provincial government is proposing this as a humane end-of-life option, but underlying it is the issue of money, and savings of vast sums in palliative care vs the miniscule cost of a life ending injection costing a few dollars.

Public hearings into the proposed Bill 52 will continue into early October.

Coalition of Physicians for Social Justice