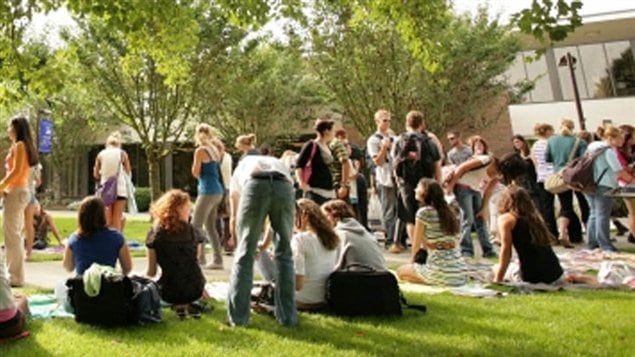 It seems that about a quarter of post secondary students in Canada  have never had sex.

Of the roughly three-quarters of students who do engage in sex during the past year, only about half used a condom, and although most (62%) said they had a very good or excellent knowledge about sexual health 74% scored only 5 out of 10 or worse on a related quiz.

The survey of 1,500 students aged 18-24 was conducted between December 2012 and January 2013 by Leger Marketing for Trojan ( a condom maker) and The Sex Information and Education Council of Canada (SIECCAN).

As sexually transmitted disease (STI) is on the rise, such as gohorrhea and chlamidiya have risen dramatically over the past decade, most students cited pregnancy and not the risk of STI as the reason for condom use.

In fact, more than half of young Canadians — 56 per cent — said they weren’t concerned about contracting an STI, despite the fact Human papillomavirus (HPV) is the most common STI in Canada (a fact known by fewer than half of respondents)

Analysts say the survey shows there is still much work to be done in regard to getting the word out about sex, and sexual health.

-Of the approximately 75% of student who did engage in sex last year,described their most recent encounter as a casual relationship.

-Some 23% of students thought there was now a vaccine to prevent HIV, while 21% said they didn’t know if one exists or not ( *it doesn’t)

-Roughly two-thirds (67 per cent of males and 80 per cent of females) report being happy or very happy with the sexual part of their lives.