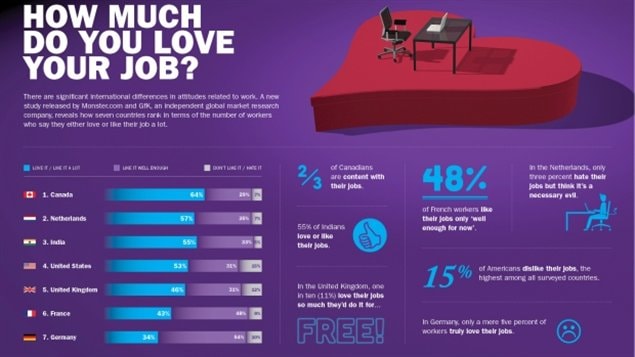 Canada came ahead of six other nations in the Monster.ca job satisfaction survey
Photo Credit: Monster.ca/Businesswire

Nearly two-thirds of Canadian workers say they love or like their jobs a lot, according to a survey conducted for the job website Monster.ca. Their level of satisfaction was well ahead of workers in the Netherlands, India, the United States, U.K. France or Germany. 8,000 people were polled in seven countries.

The least happy Canadian workers were under the age of 25. The happiest were in the higher income brackets.