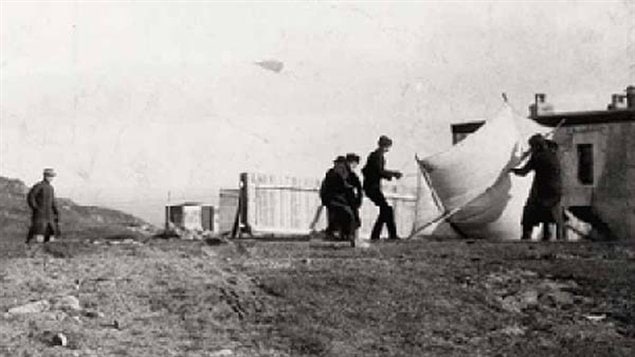 On a chilly windy December 12, in 1901, Guglielmo Marconi received a number of scratchy clicks on his telegraphy receiving equipment set up on Signal Hill on the coast of Newfoundland.

What is unique is that the signal had been broadcast across the Atlantic Ocean from Poldhu in Cornwall, England over 3,000 kilometres away.

The repeated sending of the Morse code signal for the letter “S” was the first wireless trans-Atlantic signal.

Detractors had said radio signals could not go more than a few hundred kilometers due to the curvature of the Earth, whereas Marconi believed they would.

Ironically although the signal made it across the ocean, the detractors were correct, What Marconi failed to understand and what happened was the signal from England was heading to space when it bounced off the ionosphere and back to earth where Marconi’s team, flying a kite with a 121 metre long copper wire antennae picked it up.

Only later would scientists come to understand the reaction of radio signals to the atmosphere.

Four days after this “miracle” of wireless transmission, Marconi will be officially notified by the Anglo-American Telegraph Company that it will take legal action against him unless he immediately ceases his wireless experiments and removes his equipment from Newfoundland; Anglo-American has a fifty-year monopoly on electrical communications in Newfoundland starting in 1858, and is determined to hinder radio telegraphy, which it knows is a serious threat to its transatlantic electric telegraph business operated by submarine cables; Marconi soon decides to move his base of operations to Cape Breton.

He was in actually not dealing with radio in the modern sense, rather merely with wireless telegraphy and a “spark” technology that would eventually come to a dead end. He eventually abandoned it in 1912.

Canadian Reginald Fessenden, rejected Marconi’s spark idea and developed a continuous wave technology which he felt would transmit Morse more clearly and also voice. On Dec 23 1900 he transmitted voice over a distance of 1.5 km. Over the next few years he developed new and improved technology.

In 1906 Fessenden gave the world’s first true radio broadcast when he gave a short speech, and played a tune on his violin which was picked up on US Navy ships ,and commercial cargo ships equipped with Fessenden radio receivers.