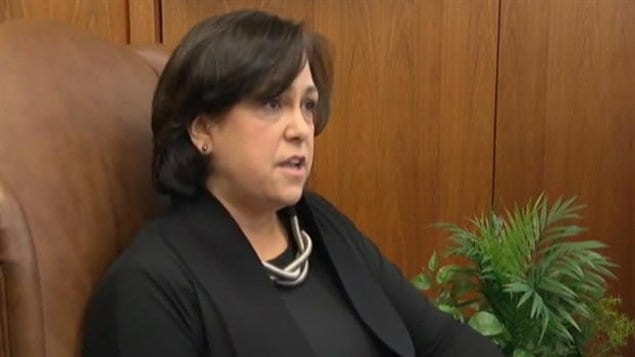 A lawyer and supporter of Israel, Vivian Bercovici, has been appointed as Canada’s ambassador to Israel.
Photo Credit: CBC

“Having lived in Israel and written extensively on the region, Ms. Bercovici has an excellent understanding of the challenges facing the country and deep insight into the opportunities provided by the strong links between our two countries,” said Minister Baird in a press release.

Asked by a journalist what signal Canada was sending to the Middle East with Bercovici’s appointment given her known pro-Israel views, published in opinion columns in the Toronto Star newspaper, the Minister responded: “I don’t think it will be a huge shock to anyone that Canada is a strong supporter of the state of Israel, that won’t be news or surprise to anyone.”

After the announcement, Bercovici described Canada’s relationship with Israel this way: “Canada supports Israel’s right to exist in peace and security. Canada stands firm in the international fight against anti-Semitism, including raising awareness of the Holocaust. And Canada recognizes the importance of building inclusive and stable societies, underpinned by democracy, freedom, human rights, and the rule of law.”

Some early media reports also raised the issue that Bercovici has no experience as a diplomat.

In the early 1990s, Bercovici focused on media defence work. Later she was a policy adviser to the minister of finance in the Canadian province of Ontario. She was vice-president and general counsel at the Dominion of Canada General Insurance Company. From 2007 to 2013, she was a partner with Heenan Blaikie LLP. In March of 2013, she was appointed for five years to the board of directors of Canada’s national public radio and television broadcaster, CBC/Radio-Canada.