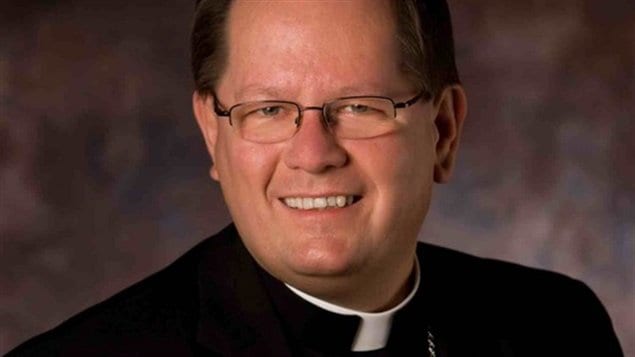 The Canadian Gérald C Lacroix, Archbishop of Quebec, is among 19 who will become cardinals in February. Pope Francis made the announcement Sunday, January 12, 2014.
Photo Credit: @gclacroix/Twitter

Canadian Gérald Cyprien Lacroix is one of 19 men who will become a cardinal, Pope Francis announced on Sunday (January 12). The 56-year-old Lacroixh is the Archbishop of the city of Quebec in the Canadian province of Quebec. After the announcement he wrote on Twitter: “Very big responsibility. Very happy to continue to serve the Church with Francis.”

Archibishop Lacroix is in the first group of cardinals nominated by the Pope. It includes churchmen from Asia, Africa, the Caribbean, and Latin America.

Canadian Prime Minister Stephen Harper, in a statement released Sunday, called the the appointment “a tremendous honour for His Grace, for the Archdiocese of Québec and all members of the Catholic Church across Canada. It is a testament to his unfailing devotion to the Church, his remarkable spiritual strength and an unfailing work ethic.

In a letter to the nominated cardinals, who will be elected February 22, Pope Francis wrote: “The cardinalship does not imply promotion; it is neither an honour nor a decoration; it is simply a service that requires you to broaden your gaze and open your hearts.”