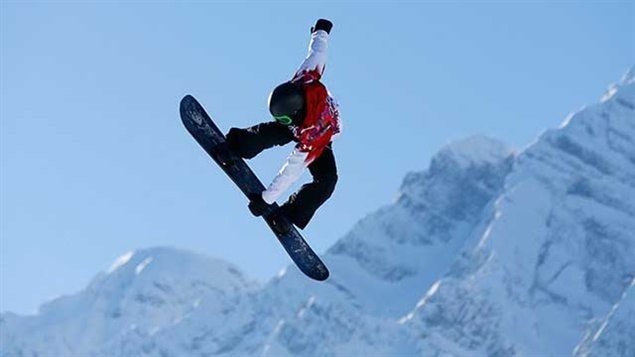 Canadian medal winner Mark McMorris practicing at the Sochi Olympics. Amazing feats of skill, but some questions about the Olympic movement should be asked says Professor Lorenz of the University of Alberta
Photo Credit: CBC

The Olympic movement: a critical look amid the thrills

People around the world are glued to their televisions watching the exciting action at the Sochi Winter Olympics. But not everyone views the Olympics or the International Olympic Committee without posing some hard questions.

Stacy Lorenz is an associate professor of physical education at the University of Alberta’s Augustana Campus in Camrose, Alberta.

Professor Lorenz notes that the International Olympic Committee (IOC) effort to promote the Olympics as pure sport with no political overtones is a myth.

He says the reality is that for better or worse, politics has always been involved from the very outset of the modern games.

If one were to do a quick analysis it would show the Olympics have often been used for propaganda purposes both internally and externally such as Hitler’s Berlin Olympics, for rivalries of political systems during the Cold War, other political boycotts and protests, even politically-inspired assassinations such as during the Munich Olympics.

And, in 1968 in Mexico two American athletes raised black-gloved fists to highlight discrimination of blacks in the USA.  Professor Lorenz notes that the IOC and US Olympic committee reacted harshly while he says, “In hindsight most people see that as heroic and brave.”

Rather than be a useful legacy to citizens, most of the Olympic facilities in Athens sit empty and abandoned. (AFP- YouTube)

He suggests that the IOC acknowledge the political aspect and use its power more often to make positive change such as the case with South Africa which was boycotted to protest apartheid.

He says the IOC could now be more assertive on gay rights in light of Russia’s anti-gay laws. He says, “The IOC charter speaks to equality, including no discrimination on the basis of sexual orientation.”

Professor Lorenz notes even the awarding of the games to particular cities involves the IOC in politics. “In Beijing, they had explicitly political reasons for going there—trying to open up China a bit more and perhaps encourage some human rights reform, and there’s nothing wrong with that. But when it becomes messy and ugly and complicated, then suddenly the IOC wants to remove that political edge or suggest, ‘No, this isn’t about politics.”

It took 30 years for Montreal to pay off it’s Olympics. but the retractable stadium roof has never worked, and costs about $800,000 in annual maintenance. Its future remains in some doubt. (Radio-Canada)

A physical education professor he also expresses some concern about the risks involved for the athletes themselves and the attitude that has developed to “win at any cost”.

He tells his own students that there’s a high cost to high performance sport, including frequent and long lasting injuries.

He notes the games often result in social upheaval and displacement of low income populations.  In some cases the hugely costly buildings and facilities are abandoned or have since been torn down, while others serve only a small elite portion of the population. He wonders how the vast sums invested in the short-term games, might have been used in other applications to benefit the cities and the general population.

Professor Lorenz says he really does enjoy the games and the prowess and skill of the athletes, but would like to see greater debate in future on some of the issues he raises.