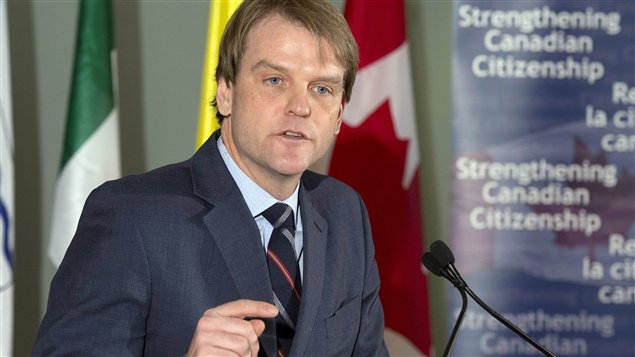 A program for wealthy immigrants was eliminated in the 2014 federal budget, and had been criticized by Canada's Immigration Minister Chris Alexander as ineffective in attracting investment.
Photo Credit: Frank Gunn/CP

A Canadian government program to attract wealthy immigrants was ended by the federal budget announced Tuesday (February 11) in Ottawa. The controversial program had been closed to new applicants since 2012, and offered visas to business people with a net worth of at least $1.6 million who were willing to lend $800,000 to the Canadian government.

Canada’s Immigration Minister Chris Alexander, and his predecessor Jason Kenney, had criticized the program as ineffective in attracting investment.

Real estate agents in Canada’s Pacific coast city of Vancouver say property prices could be affected by the scrapping of the program.

The government has also announced the end of the Entrepreneur Program, a smaller scheme for business people who plan to own and manage a business in Canada.

However, wealthy investors can still come to Canada through the Start-up Visa Program, which encourages immigrant entrepreneurs to partner with private sector organisations to invest in local start-ups.