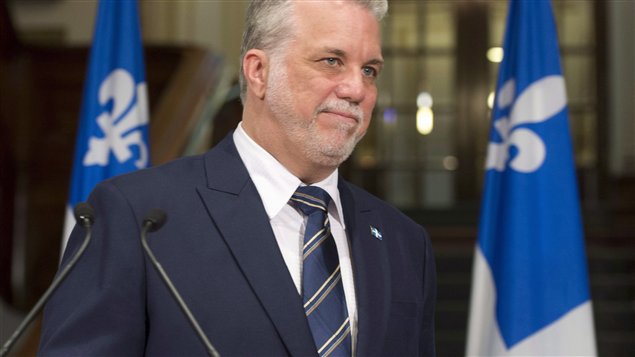 The premier designate of Canada’s predominantly French-speaking province of Quebec, Philippe Couillard, says he sees many changes in Quebec society, and says all citizens should be proud to be Quebecers.
Photo Credit: Jacques Boissinot/CP

Premier designate Philippe Couillard: ‘We are all Quebecers’

“The time of inflicting wounds is over…reconciliation begins,” said Philippe Couillard, the premier designate of Canada’s predominantly French-speaking province of Quebec when he met journalists the day after his party’s victory on election day, Monday (April 7).

Couillard’s Liberals took 70 of the 125 seats in the Quebec provincial legislature. It defeated Premier Pauline Marois’ Parti Quebecois government in a short, sometimes acrimonious election campaign that started in March.