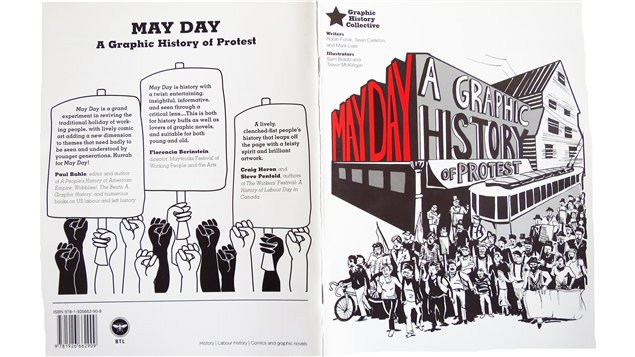 Through the medium of a comic book, historians recall the struggles for worker rights in Canada associated with the International Workers' Day, May 1st.
Photo Credit: Between the Lines Books

For most Canadians May 1st, is just another day in the year. And unlike people in numerous other countries, few celebrate International Workers’ Day. For most in Canada and the United States, North America’s alternative Labour Day, the first Monday in September, is the last holiday weekend after the summer, with a few union and labour activities scattered across the country.

But the labour roots of May 1st go back to worker struggles in the 19th century for an eight-hour day in the United States, and have a long tradition in Canada.

That’s why a group of writer/historians and illustrators came together to publish a comic book called “May Day: A Graphic History of Protest”.

RCI’s Wojtek Gwiazda spoke to Sean Carleton, a member of the Graphic History Collective, and one of the writers of the comic book.